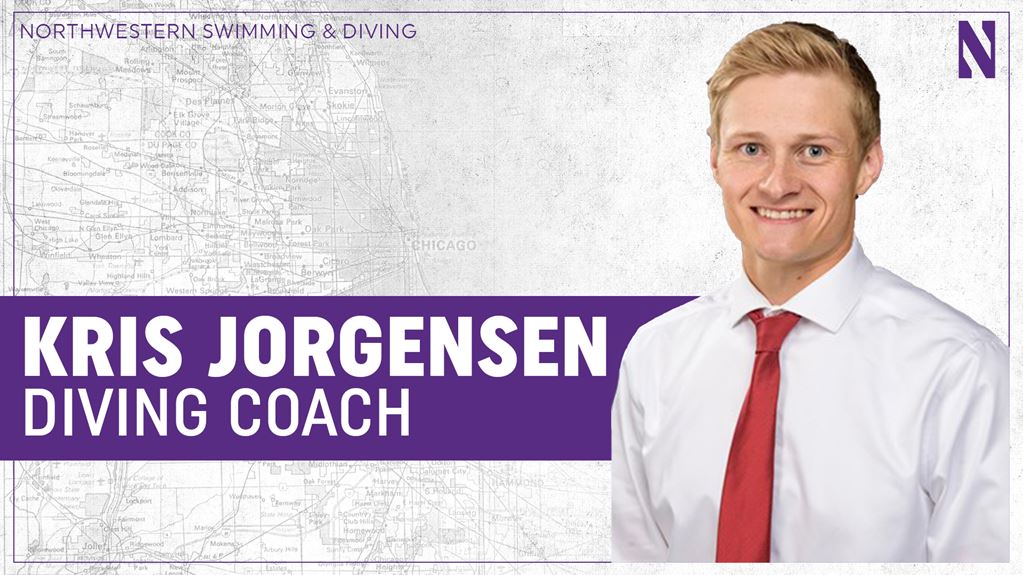 Northwestern University head coach Jeremy Kipp has announced that Kris Jorgensen will be joining the team’s staff this upcoming season. Jorgensen will be filling the diving coach vacancy left by the departure of Alik Sarkisian, the Wildcats’ head diving coach since 2006, after it was decided that his contract would not be renewed.

Jorgensen, a native Norwegian, won 12 national diving championships and competed for the Norwegian national team from 2004 to 2012. At the 2008 European Championships, he placed eighth in the 10-meter synchronized event. Jorgensen went on to compete at the 2009 and 2011 World University Games. During his collegiate diving years at the University of Minnesota, he was the 2012 Big Ten Co-Diver of the Championship after winning the 10-meter dive.

From 2012 to 2015, Jorgensen was the head diving coach at Division III St. Catherine University, mentoring several all-Minnesota Intercollegiate Athletic Conference honorees, including Jenna Nagy, two-time all-MIAC Diver of the Year. Since 2015, he has been the head coach of the University of South Dakota diving team. He’s led divers like four-time Summit League Diver of the Year Greysen Hertting to further achievements, including All-Summit honors and the first-place title for both one- and three-meter diving in the league.

Of his new position, Jorgensen said, “I am very excited to join the Wildcat family. It is an honor to be joining such a great staff and prestigious university. I can’t wait to start working with the talented student-athletes at NU. Go Cats!”

“We’re really excited to have Kris join the Wildcat family,” Kipp said. “His understanding of what it takes to compete in the Big Ten and on an international level will prove an invaluable asset to our student-athletes and coaching staff as we strive to achieve our goals for the program.”

Jorgensen will be coaching athletes that, among others, include rising sophomores Yohan Eskrick-Parkinson and Labonita Ghose. Eskrick-Parkinson placed first in 1-meter and platform diving at the 2018 Northwestern TYR Invitational, plus first in 3-meter diving and second in platform and 1-meter diving at the 2018 Big Al Invitational. Ghose holds the record for an 11-dive meet by 60 points at Valley Christian High School, her alma mater. She took fourth place in 3-meter diving against Michigan in her first collegiate competition and fourth in the 3-meter and 2-meter events at the 2018 Northwestern TYR Invitational.

Jorgensen is Northwestern’s sixth coaching staff change in the past year-and a-half, completing a total turnover of the program’s coaching staff. First, Kipp left his head coach position at Boise State University to take on his current position, overseeing the Wildcats’ combined-gender program. A month later, Kipp’s former BSU assistant coach, Meghan Hawthorne, followed him to Evanston to continue assisting him. Jake Tapp then joined as another assistant coach two days later on June 6, 2018; he competed under the Canadian flag in the 100-meter backstroke at the 2008 Olympic Games in Beijing, finishing 31st. The fourth change was Andrew Hodgson signing on as a third assistant coach on June 28, 2018. As a former ACC champion and member of the British National Team, Hodgson added international and professional experience to the Wildcats’ coaching team. Katie Robinson was the fifth and final assistant coach named in the summer of 2018; she had served as Tulane University’s head women’s swimming and diving coach since 2012.