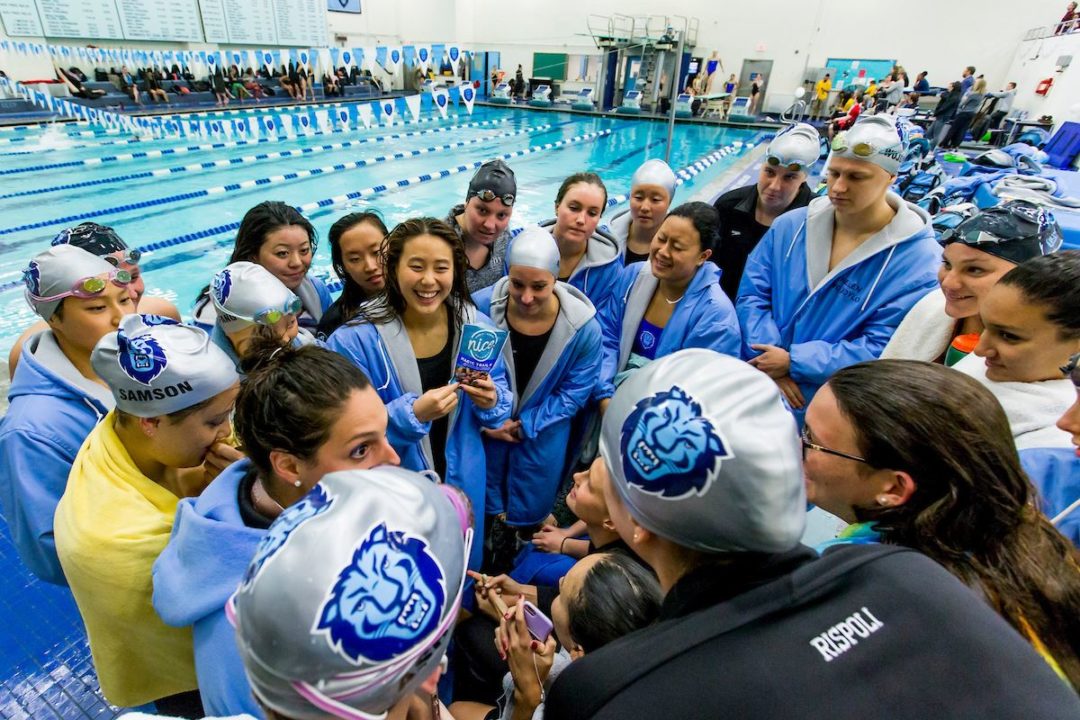 Georgia Young, a Santa Monica, CA, resident, has verbally committed to swim at DI Columbia University. Crossing the continental US, the sprinter will be joining the Lions’ potential class of 2024 alongside fellow sprinters Jazlynn Pak and Mia Saenger.

About her commitment to the Ivy League school, Young said:

“I am so excited to continue my academic and athletic career at Columbia University. Being able to attend such an outstanding school while still having the opportunity to swim division one is a dream come true. Many thanks to Coach Octavio and Alpha Aquatics. Go Lions!”

Young swam for both the Crossroads School and Alpha Aquatics. Competing for her high school, she finaled six times at CIF Southern DIII Section Championship meets and qualified twice for the CIF State Championship meet. With Alpha, she swam in several Speedo Champions meets and several USA Swimming championships. At USA Swimming’s 2019 Futures Championships in Mount Hood, CA, the sprinter placed 11th in the 50 LCM free. Most recently, Young competed in February at the Speedo Champions Series in Carlsbad, CA. At the meet, she swam season bests in the 100 back and 200 IM.