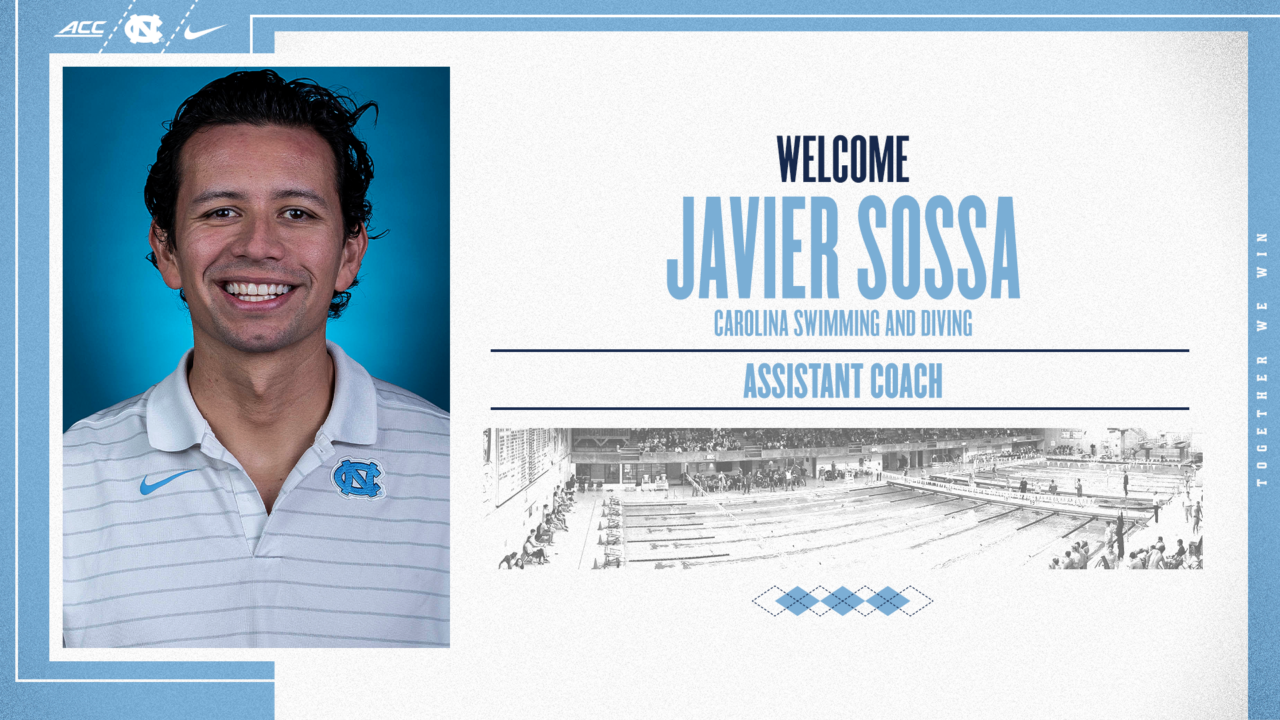 The University of North Carolina has rounded out its 2022-2023 coaching staff with the hiring of Javier Sossa. Sossa comes to the program from Team Elite Aquatics in San Diego, the David-Marsh-headed elite/pro/post-grad training group.

Current North Carolina head coach Mark Gangloff trained under Marsh at Auburn, where he won NCAA titles and Olympic gold medals. Sossa took on an even bigger role when Marsh took a job as an assistant, and eventually associate, coach at Cal in the spring.

North Carolina is one of many Power 5 programs that entered the semester with vacant coaching positions, along with programs like Pitt and Northwestern. Sossa joins a staff that includes associate head coach Jack Brown, diving coach Yaidel Gamboa, and assistants Kirk Kumbier and Kayla Kumbier.

Sossa swam collegiately at NAIA Oklahoma Baptist University from 2011-2015. He graduated with a degree in Sport Science and Marketing, and eventually earned his MBA from Oklahoma Baptist as well.

As an athlete, he helped Oklahoma Baptist to four straight NAIA National Championships. He qualified for 10 individual A finals across all four years of his college career, with a best finish of 2nd place in the 200 yard free in 2013.

After graduating, he spent 18 months as a graduate assistant with the program before being promoted to a full-time coach. After 2 years as a paid assistant, he spent 5 months as the interim head coach after Sam Freas died. During his coaching tenure, Oklahoma Baptist transitioned from NAIA to NCAA Division II, where the team earned 32 First Team All-America awards.

With Team Elite, Sossa coached nine swimmers who qualified for the Tokyo 2020 Olympics for various nations. Five of those swimmers made event finals. He also served in roles with the German and Israel Swimming Federations during that time.

That work included coaching Anastasia Gorbenko, who became Israel’s first World Champion in 2021 when she won the 50 breaststroke and 100 IM in short course.

Sossa spent three seasons as a coach in the International Swimming League (ISL), founded in 2019. He served as a home coach for the L.A. Current in 2019 and 2020 and was promoted to assistant coach of the Washington D.C. Trident in 2021.

Sossa is a native of Colombia.