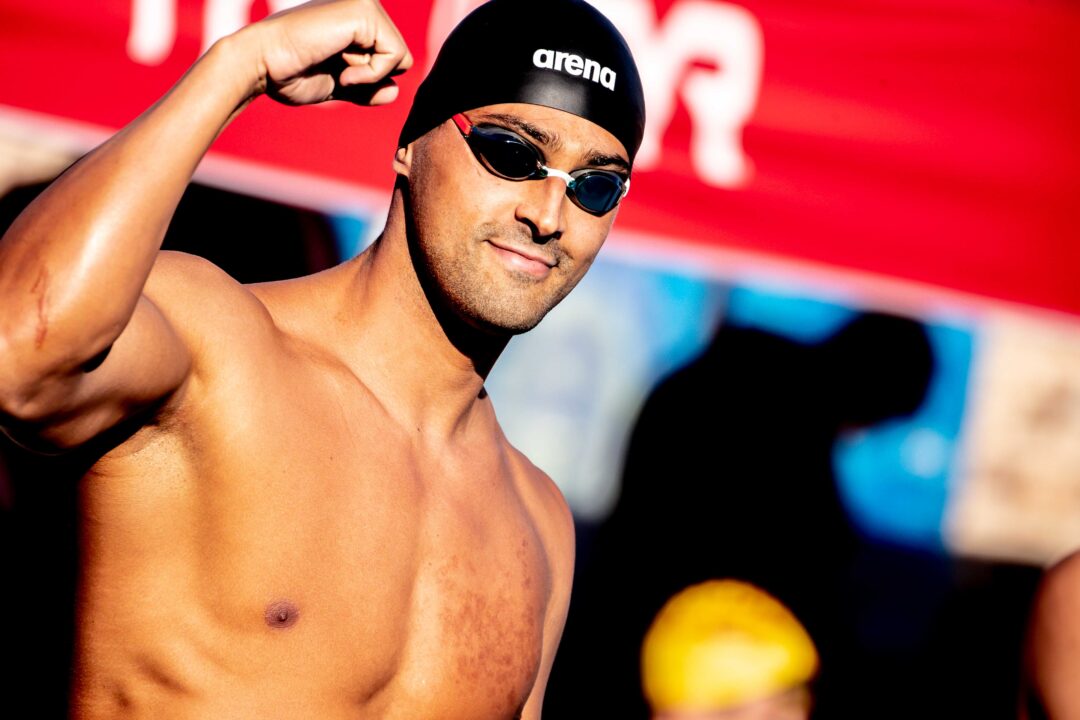 Dylan Carter kept his World Cup hot streak going in Indianapolis, posting a personal-best time of 22.72 in the 50 backstroke to clinch another Triple Crown. Archive photo via Jack Spitser/Spitser Photography

Dylan Carter kept his World Cup hot streak going during the second finals session Friday in Indianapolis, posting a personal-best time of 22.72 in the 50 backstroke to clinch his second Triple Crown in as many days. He’s now 8-for-8 in terms of gold medals on this year’s World Cup series.

Carter clocked a 22.72, lowering his previous Trinidad and Tobago national record of 22.94 from Toronto last weekend by a sizable chunk. The 26-year-old went 23.15 two weeks ago in Berlin, setting the national mark in the event at each stop of the series.

Carter is now the 11th-fastest performer of all time in the event, just .02 seconds away from the top 10. He’ll aim to stretch his winning streak to nine races on Saturday when he looks for his third Triple Crown of the series in the 50 fly — and another $10,000 bonus.

American record holder Ryan Murphy was the only other swimmer sub-22 in the race with a time of 22.99. It’s Murphy’s second career World Cup medal after earning bronze in Thursday’s 200 back final. He flipped first at the 25 before Carter surged ahead down the stretch.

Fellow American Justin Ress rounded out the podium with a bronze medal in 23.07.

What about his 100 frees at the last two stops?