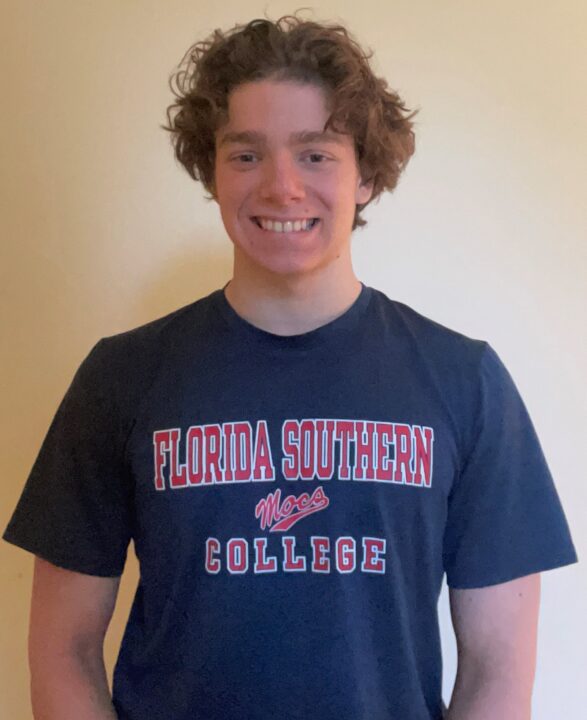 Peristeridis will be joining his brother at Florida Southern College when he joins the Mocs team this fall as part of their class of 2026.

One of the top swimmers in Michigan and a 2022 state champion, Nicko Peristeridis has announced his college decision for this fall, electing to swim at Florida Southern College. He currently attends Portage Northern High School and trains with the Greater Kalamazoo Crocs. He will be joining his brother, Keith, who was a sophomore on the team this season.

“I choose Florida Southern College because it has an incredible combination of excellence in swimming and rigorous academics.”

Last season, Florida Southern had one of the top breaststrokers in Division II, with freshman Ludovico Viberti claiming gold in the 100 breast and silver in the 200 breast at the 2022 Division II NCAA Championships. Viberti helped lead the Mocs to a 5th place finish overall, a large improvement from their tenth place finish in 2021.

Florida Southern was deep in the breaststroke events last season, with three of the top four spots in both races going to the Mocs at the 2022 Sunshine State Conference Championships. While Viberti took gold in both races, it was Matteo Zampese who claimed a pair of silver medals. Zampese went on to finish 5th in the 100 breast and 9th in the 200 breast at the NCAA Championships.

When Peristeridis arrives on campus this fall, he will already have times capable of scoring at the Sunshine State Conference Championships. In 2022, his lifetime bests would have earned him an A-final appearance in the 200 breast and gotten him into the B-final of the 100 breast.

Florida Southern’s head coach, Andy Robins, was recognized as the Sunshine State Conference’s coach of the year for his team’s achievements this season. Robins is in his third full season at the helm of the Mocs, having taken over the program in 2018.