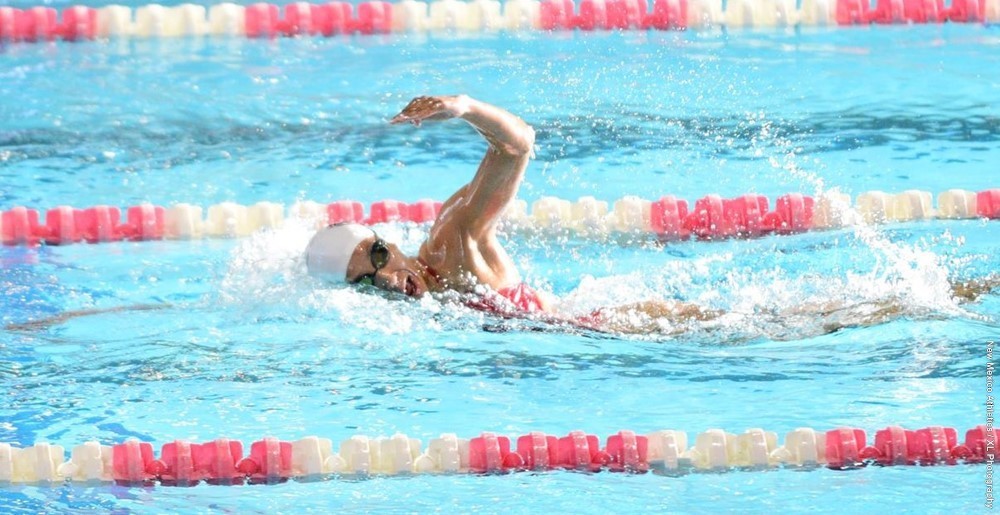 There haven't been any scratches yet, but if there are, South Carolina's Kate Sanderson will be the first swimmer called up to NCAAs. Archive photo via New Mexico Athletics

New Mexico senior Adriana Palomino has declined her spot as the 1st alternate for the 2019 NCAA Women’s Swimming & Diving Championships. In most seasons, the first alternate, at least, gets called up to the meet, either based on a last-minute injury or illness, or for teams (Stanford) that have to scratch a swimmer to make room for their divers.

According to her coach Dorsey Tierney-Walker, Palomino decided to go out on top. She won all 3 of her individual events at the Mountain West Conference Championships – the 200, 500, and 1650 free – and was named co-Swimmer of the Championship.

“She has been a tremendous contributor to the Lobos Community,” Tierney-Walker said of Palomino.

Palomino’s 1650 time of 16:14.63 from mid-season tied her with South Carolina’s Kate Sanderson for 38th on the pre-selection sheets, but Palomino had the tie-breaker based on her highest-ranked 2nd event. Sanderson now becomes the first alternate.

Nobody has been scratched from the meet yet, so Sanderson remains on the alternates list for now. Stanford has 18 swimmers qualified for the meet, which is the maximum allowed, so if any divers earn spots at the meet, the Cardinal will have to make a choice between their divers and a swimmer.

Spring break or the 1650? hahaha. Tough choice its not just the 1650 though also another 3 weeks of practice to get ready for the meet when all your teammates are not in the water with you

And the risk of another three weeks of training and still not making it in.

Any idea who the new 10th would be? Probably won’t make it just curious.

Considering she would have to swim another mile, I don’t blame her! Congrats on a great career!