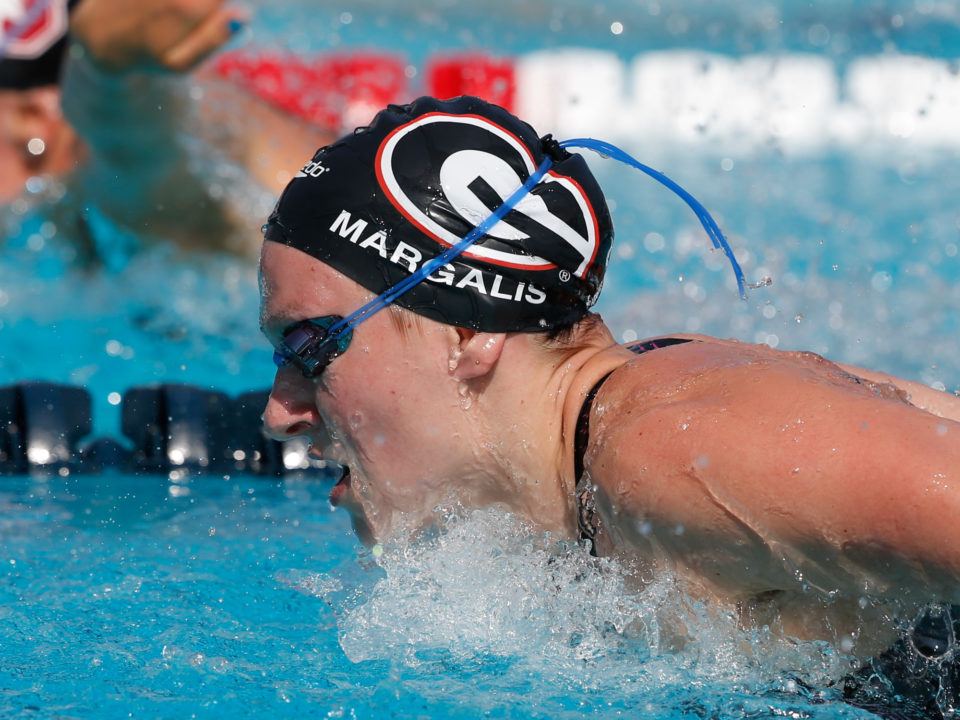 An updated set of psych sheets have dropped for this week's Bloomington Pro Swim Series, with Olympian Melanie Margalis dropping off the ticket. Margalis was entered both in Bloomington and at the Atlanta Classic happening the same weekend, so her absence on the new psychs all but confirms she'll be swimming Atlanta instead. Archive photo via Tim Binning/TheSwimPictures.com

An updated set of psych sheets have dropped for this week’s Bloomington Pro Swim Series, with Olympian Melanie Margalis dropping off the ticket. Margalis was entered both in Bloomington and at the Atlanta Classic happening the same weekend, so her absence on the new psychs all but confirms she’ll be swimming Atlanta instead.

Atlanta always probably made more sense for Margalis, who trains out of Athens, Georgia with the University of Georgia’s pro group. She was entered in five events, including as the top seed in the 200 IM.

The other big change is the absence of Olympian Jack Conger, who drops off the psych sheets. He competed at the Des Moines and Richmond stops, but those have been his only long course meters meets since last summer.

There aren’t too many other changes on the updated psych sheets. The women’s 100 free no longer has Claire Adams double-entered, once for Carmel Swim Club/Texas and once unattached. The unattached entry is now gone. Here are some of the other changes we noticed:

Live stream??? Guessing there won’t be one since there never has been for this meet

Really hope there is live video…