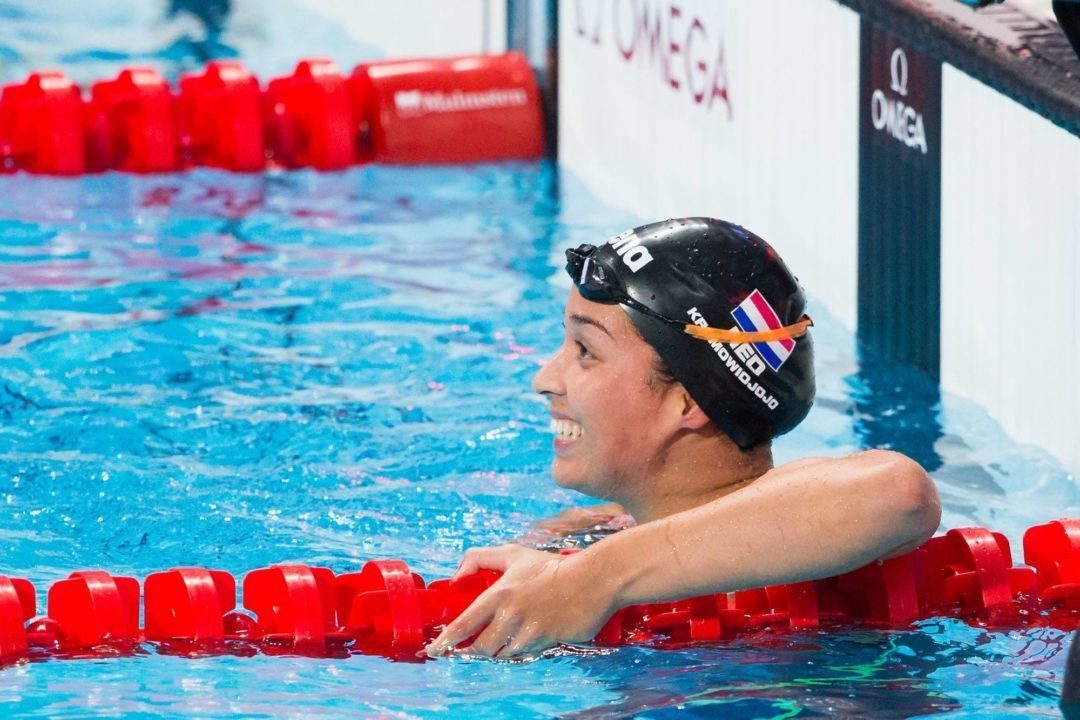 The swimming portion of the European Aquatics Championships will take place in London May 16th through May 22nd, where many of Europe’s best swimmers will have their final opportunity to make their country’s Olympic rosters.  Recently, the Netherlands released the list of athletes they will be taking to the games in London.  Technical Director of Dutch Swimming Joop Alberda calls the European Championships the final “test event” before the Olympic Games in Rio this August.  The athletes that will compete for the Netherlands in London later this month are as follows.

Inge Dekker’s participation in London is uncertain due to her recent diagnosis with cervical cancer, though she has resumed training.  Over the next couple of weeks Dekker and her coaches and doctors will determine if competing at Euros would hamper the recovery process.

Technical director of Dutch Swimming Joop Alberda has said that the Dutch Olympic team has not yet been finalized, though will likely be the same size as the squad competing at Euros.  The European Championships in London will serve as a preparation for Rio, where the Netherlands will try to get more FINA ‘A’ cuts, as well as determine whether or not its men’s and women’s relays are going to be relevant at the Olympics.  Overall, Alberda is pleased with the roster, remarking that Holland has “a good team with good medal chances and a nice range of ages.”  The squad is composed of both Olympic veterans and hopefuls.

Dion Dreesens, a 2012 Olympian and NCAA Division II champion, probably stands to have the greatest impact for the Dutch men.  Since London Dreesens has been training in the United States and swimming at Queens University of Charlotte, North Carolina, as well as with powerhouse SwimMAC.  As a Royal Dressens set a new NCAA Division II national record in the 200 yard freestyle, clocking a blazing fast 1:32.46, a time which would have placed him fifth overall at the Division 1 NCAA meet held in Atlanta two weeks later.

Kira Toussaint, who swims at Tennessee, is another multi-time All-American swimmer based out of the United States on this roster.

The official Olympic roster for Holland will be released no later than July 3rd.