The Torch has Landed 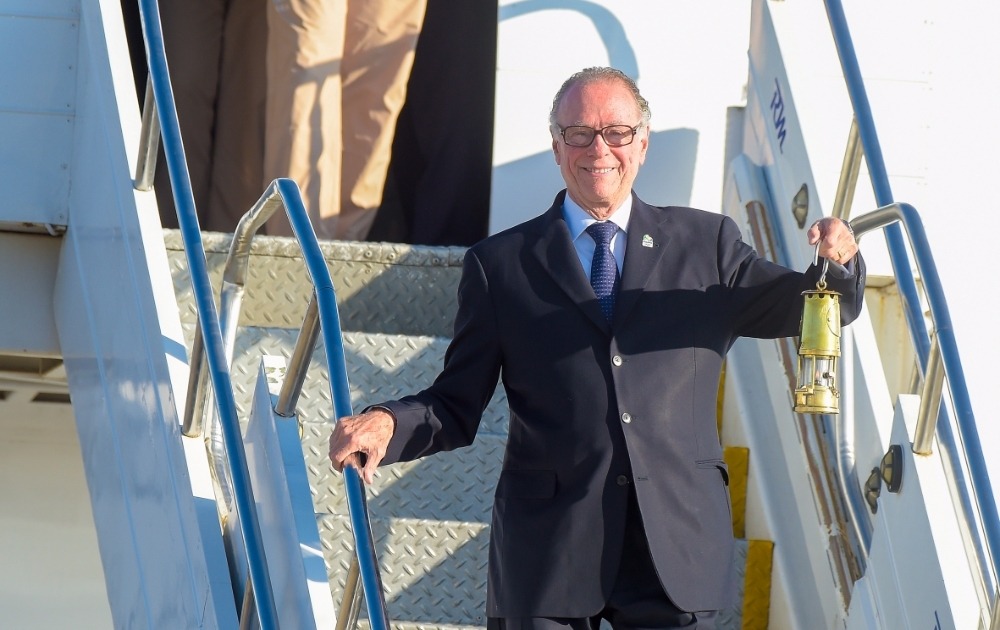 2016 Olympic gold medalist Cody Miller and his wife Ali announced that they are expecting their first child together in a video posted on Miller’s YouTube.

It certainly didn’t seem like it would be Simone Manuel or Penny Oleksiak‘s moment in the limelight. About five weeks before…

From over 80 years of Olympic tradition, the 2016 Olympics held in Rio de Janeiro, has finally received the torch. After a flight from Switzerland, the Olympic flame finally touched Brazil’s soil when President of the committee, Carlos Arthur Nuzman, stepped off the plane. The flame was held in a lantern, until Rousseff ignited the torch.

A historic moment – the #OlympicFlame taking its first steps in Brazil on its #RoadToRio with Carlos Nuzman pic.twitter.com/vkGLxhww8d

The first runner of the relay was Brazils 2-time Olympic gold medalist in the Beijing and London games, volleyball star Fabiano Claudino.

Claudino will be one of 12,000 touch carriers that will run a relay across Brazil. Each carrier will have the torch for about 200 meters. The torch has already been passed on to many of Brazils finest, from surfers to olympians to even guards.

The big moment! @FabianaClaudino ran down the ramp at the Palácio do Planalto and the relay began #OlympicFlame pic.twitter.com/vjsPhE9EOK

In additon, the torch will see many of Brazil’s beautiful land by doing things such as passing iconic Brazilian buildings, carried through former capital Cidade de Goias where famous poet Cora Caralina was born, passing views of mountains and hot spas, and even will be carried by a torchbearer that will be swimming.

On August 5th, after completing it’s 3 month travel and being carried across 329 cities, the torch will finally land at their soccer stadium, the Maracana.

The following portion is courtesy of the organizing committee:

Fabiana Claudino
Two-time Olympic champion (2008 and 2012) Fabiana, as she is known in Brazil, is considered one of the best volleyball players in the world and will be a key part of the host nation’s bid for a hat-trick of golds at Rio 2016.
Artur Ávila Cordeiro de Melo
The first Brazilian and Latin American to win the Fields Medal, considered the Nobel prize of mathematics, the Rio resident will represent the importance of education for the continued development of the host nation.

Gabriel Hardy
The 16-year-old karate prodigy – he has won various regional titles – is a student of the Rio 2016 education programme, Transforma.

Ângelo Assumpção
One of the host nation’s biggest hopes in artistic gymnastics, 19-year-old Assumpção’s specialities are the vault and the floor. He overcame an episode of cyber-bullying to fulfil his sporting dream.

Aurilene Vieira de Brito
Head of Augustinho Brandão state school in the poor north eastern Brazilian state of Piauí, Brito transformed his school into one of the country’s best, winning various prizes in mathematics and chemistry.

Hanan Khaled Daqqah Hanan
Twelve-year-old Hanan lived with her family in Idlib, in north east Syria, before they were forced to flee because of the war. After living in a refugee camp in Jordan they moved to São Paulo as part of a humanitarian programme ran by Brazil’s government.

Gabriel Medina
One of Brazil’s most popular current sporting stars, Medina became the first Brazilian to win the surfing world title in 2014.

Vanderlei Cordeiro de Lima
Lima was central to one of the most memorable Olympic moments in history. He was leading the marathon at the Athens 2004 Games when, with six kilometres to go, he was grabbed and impeded by a protester. He recovered to take bronze and was subsequently awarded the Pierre de Coubertin prize for Olympic spirit.