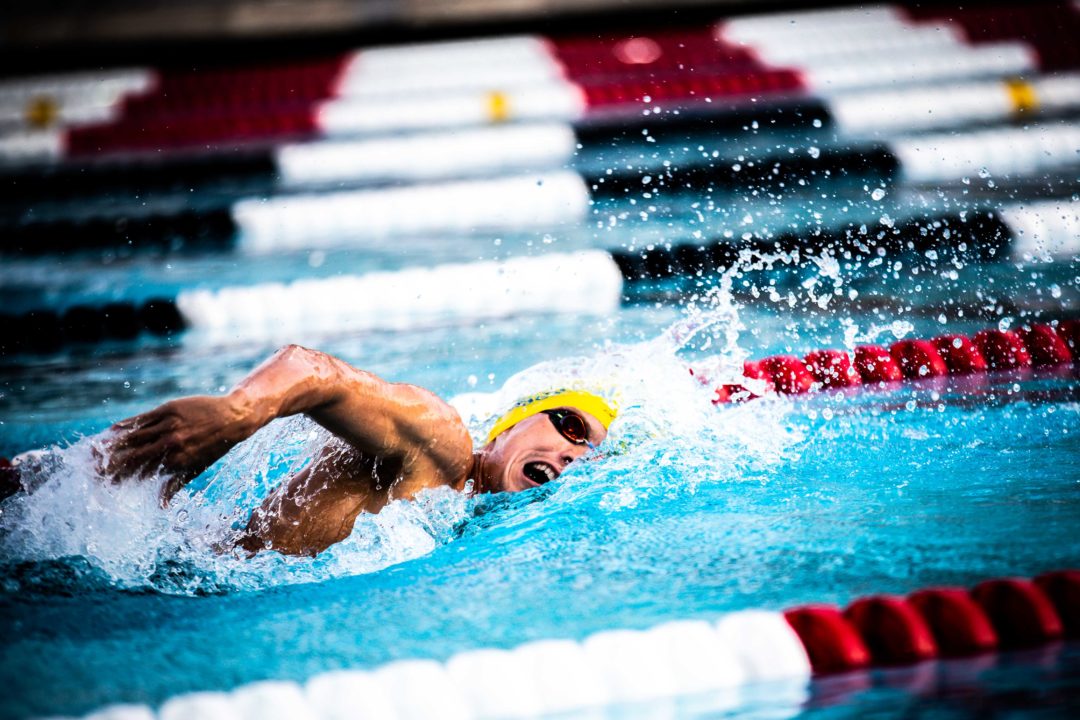 Representing the host Mission Viejo Nadadores club, 27-year-old open water specialist David Heron broke the world age-group and USMS record in both the 800 freestyle (8:24.46) and 1500 free (15:49.04) for the men’s 25-29 age group. The former University of Tennessee standout appears to have found a groove fresh off a huge win last month in the 15.5 km Trans Tahoe Solo swim in Lake Tahoe, where not only finished first in the solo division but also beat all 166 relay teams of six swimmers each. Heron competed at the 2015, 2017, and 2019 World Championships, placing as high as sixth in the 5 km race.

Laura Val, an inductee into both the International Swimming Hall of Fame and International Masters Swimming Hall of Fame, added two more world age-group and USMS records to her extensive list. She clocked 2:29.72 in the 200 free before posting a 5:21.19 in the 400 free to become the record holder in each event. Val has broken more than 400 FINA Masters world records, nearly four times more than any man in history and almost twice as much as any other woman.

According to the meet director, Paralympic swimmer Jonathan “Jonny” Pierce took down the Paralympic world and American record in the 400 freestyle for his division, reaching the wall in 4:31.21.

A former Olympic champion also joined in on the record-breaking action. Jeff Farrell, who won two gold medals on relays at the 1960 Olympics in Rome, set a new standard in the 50 free (35.23) for the men’s 80-84 age group. Like Val, Farrell holds the rare distinction of being a member of both the International Swimming Hall of Fame and International Masters Swimming Hall of Fame.

Pavel Romanov, a Moscow native who won an NCAA title at the University of Alabama, blazed a time of 27.83 in the 50 breast to become the new USMS record holder for the men’s 25-29 age group. Anne Williams also broke a USMS record in the 200 IM for the women’s 8-84 age group with her time of 4:08.36. Rounding out the group of record breakers was Jeff Commings, a Dolphins of the Desert swimmer who lowered the USMS record for the men’s 45-49 age group with a 29.29 in the 50 breast.