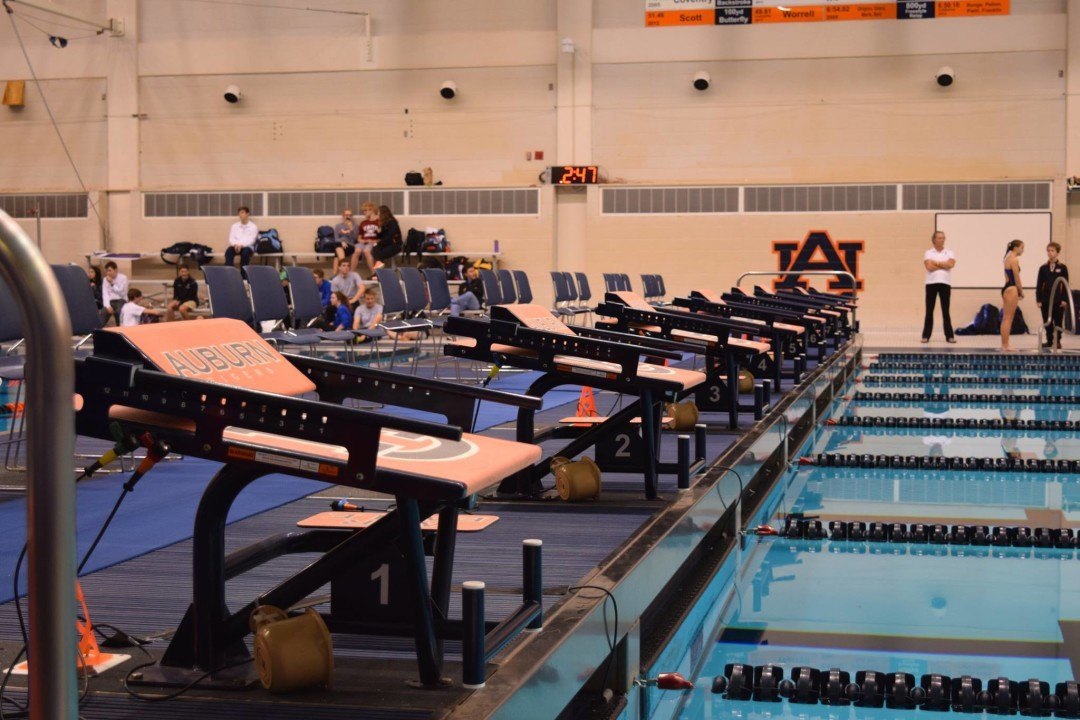 Cummings was the team captain for the NCSA's All-Star squad that traveled to compete at the 2015 Irish Open Championships. Archive photo via Stephen Parsons

The Auburn Tigers have reeled in another verbal commit, this time from NCSA All-Star Team captain Carly Cummings of the Badger Swim Club. Cummings was the team captain for the NCSA’s All-Star squad that traveled to compete at the 2015 Irish Open Championships.

“I chose auburn because they are a team on a mission! I have no doubt that by attending the university I’ll have the opportunities to succeed in and out of the pool. The Auburn Tigers are truly a family, and I can’t wait to be a part of it!”

In the 5-day SEC format, however, the 100 breast and 200 fly fall on the same day. If the Tigers don’t want her to double up, the 200 IM and 200 breast are viable 3rd event options, and shes about a second off scoring range in both.

At Auburn, Cummings will train IM alongside Bailey Nero and NCAA qualifier Zoe Thatcher, who both scored in the 200 and/or 400 IM at last season’s SEC Championships.

Having Cummings on the roster will help make up for the loss of now-seniors Ashley Neidigh, who swam the 400 IM at NCAAs, and Kristen Murslack, an SEC scorer in the 200 fly. She’ll also help bridge the gap in the breaststroke lineup, as they’ll be graduating Natasha Lloyd.