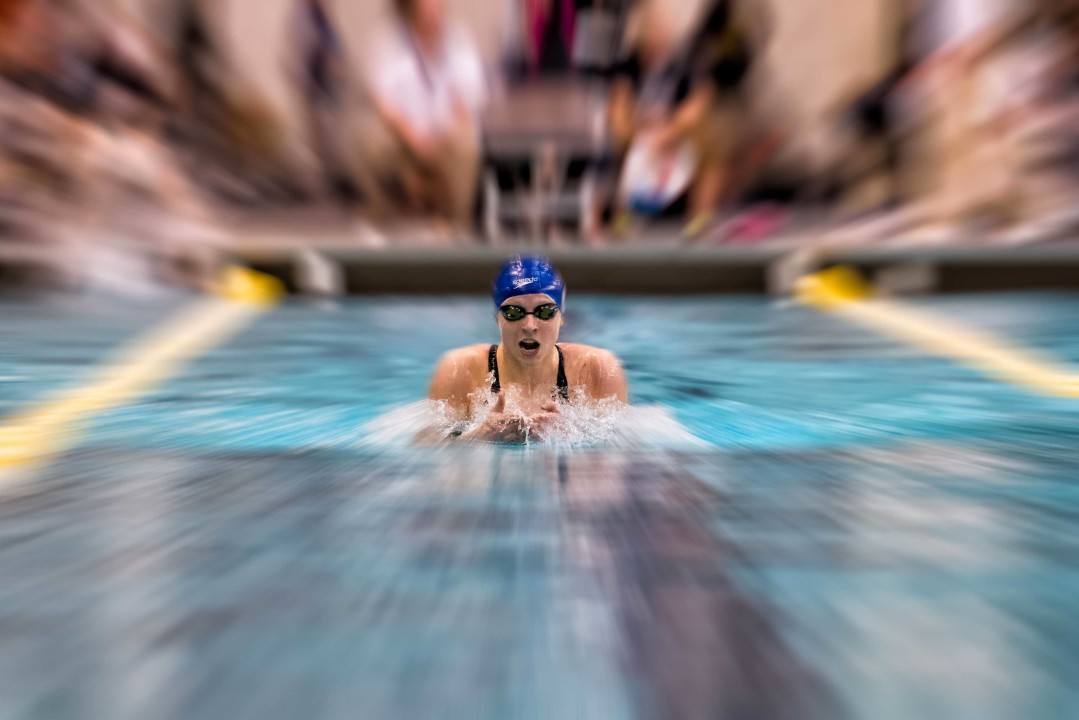 The distance events kicked off the 2015 Nation’s Capital Invitational (formerly known as the Tom Dolan Invitational) last night at the University of Maryland Aquatic Center. The NCAP Invitational is a short course yards age group and open meet with girls and boys competing at the same time, girls on one end of the pool and boys on the other.

The girls 12& under 200-yard backstroke was dominated by Westchester Aquatic Club’s Joy Jiang who finished in 2:02.83, more than 4 seconds ahead of the field. Brett Feyerick also took the victory in the boys 12& under 200-yard back in dominating style. The former national age group record holder won the event in 1:56.64, 11 seconds ahead of the 2nd place finisher Tristan Pragnell (2:07.60) and being the only swimmer of the night to break the 2 minute barrier in this event.

The mile events were all races to watch with close finishes in all of the age groups. The girls open mile was yet another 1-2-3 finish by the host swim club, with teammates Kaitlin Pawlowicz and Megan Byrnes battling it out to finish in times of 16:06.24 and 16:06.61 respectively, ahead of their teammate Nguyen (16:55.13). The girls 13-14 was a close finish with both Bridget Semenuk and Madison Kolessar breaking the 17 minute barrier and touching in times of 16:57.67 and 16:57.88 respectively. Nation’s Capital Swim Club had another 1-2 finish in the boys open mile, Andrew Gemmell, Team USA Olympian, finished in a time of 15:02.88 and his teammate Lane Stone touched in 15:18. 56. Poseidon Swimming took over the 13-14 boys event, with another fight to the finish swim from teammates Adam Kerr (16:24.15) and Brendan Farrar (16:25.61) touching just ahead of 3rd place finisher Goldblatt (16:27.15).

Is anyone else having an issue with the cover photo for this news item? I’m getting vertigo!

Is anyone else having an issue with Meet Mobil for this meet? Mine is loading last year`s Dolan results in this year’s meet. Very frustrating. Am I doing something wrong or is this a issue for everyone? HELP