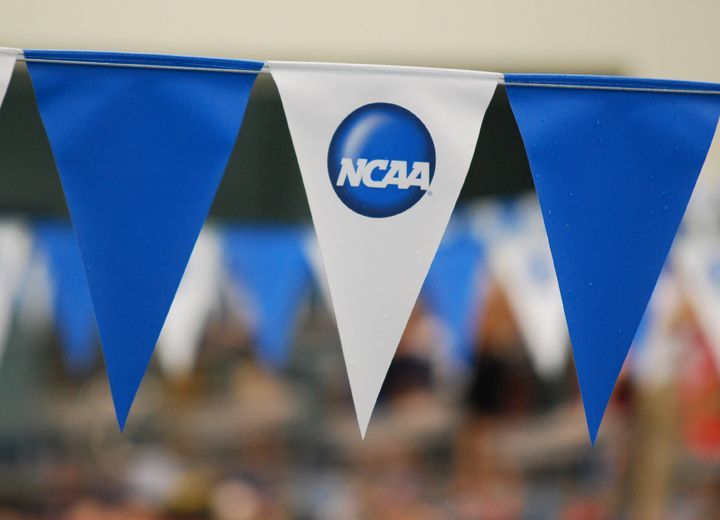 After day 3 prelims, Kenyon's men will have 5 swims to combat four divers from Denison, one returning swimmer and the timed final of the 800 freestyle relay. On the women's side, Emory's Eagles are taking flight with 9 returning swims and the relay tonight. Denison and Kenyon both have 4 and JHU has 2 returning swimmers. Current photo via Janna Schulze/SwimSwam.com

The third prelims day at the NCAA finals is without a doubt the shortest session ever, so there’s plenty of time for the athletes to kick back and relax after the grueling 200 butterfly or the blistering speed of the 100 backstroke or breaststroke. The 800 freestyle relay also swam some heats this morning, but since it’s timed finals, those will be posted with the final results.

While we wait for the finals session to begin, here are the morning results.

All the way across the board, Redlands junior Jeff Depew has been on his game, and this event was no exception. This morning he put up a 1:46.60 in the preliminaries to establish himself as the top seed by almost a second. The second place seed, Whitman’s junior Karl Mering may give him a little race tonight, and the impressive 27.08 final 50 out of Amherst senior Perrin Bulakul suggests he has more in the tank for tonight. He is joined by eighth place teammate, the sophomore Jeff Anderson. We’ll give some love to Alex Anderson the Mary Washington junior, too, because let’s face it – kid can swim a 4 IM swiftly; that’s gottta mean something for an endurance race like the 200 fly. Williams junior Thad Ricotta will be fourth seed going into tonight, and MIT’s senior Remy Mock fills out our top eight list as teh seventh seed. Whatever happens tonight, it’s going to be FAST. And that’s awesome.

The Emory men have an opportunity to grab some more top points with senior Ross Spock as the top seed going into the finals for tonight. He posted a 48.03 this morning, and it’s no great leap of the imagination to expect a 47 out of him. He and five others are already faster than the winning time from last year. The second seed in this final, and someone else to keep a sharp eye on is Sam Gill, the Conn senior. Third for MIT is sophomore Bo Mattix. Williams freshman Ben Lin will be fourth seed for tonight and JHU junior Dylan Davis is the fifth seed under the 48.62 it took to win the event title last year. CMS freshman Matt Williams is sixth, and is one of those guys you’ll want to keep on your radar; he posted what  may have been the only A cuts of the year for men’s DIII in this event and the 200 backstroke. Kenyon junior Harrison Curley is in seventh and Usmma junior Kevin Lindgren rounds out the top eight.

The top qualifier coming into this event for the finals tonight is Calvin sophomore Johnson Cochran who put up a 54.35 in prelims (faster than the 2013 winning time) to take top honors. Sitting in second currently is the freshman out of Wash U, Michael Lagieski. Andrew Wilson is the Emory Eagles to keep eyes out for. Seeded fourth heading into tonight is the NCAA record holder, Damon Rosenburg a junior from Denison. He set the NCAA record earlier in the year at 53.61 but was more than a second off that time in prelims. Tonight we’ll find out if he was coasting or not. Eau Claire senior Alex Card is seeded fifth going into tonight, with the Oxydental junior Steven Van Deventer in sixth. Kenyon freshman Trevor Manz will be competing as the seventh seed, and MIT senior Michael Liao rounds out the top eight for tonight.

At the top of the Diving scores for tonight is Denison sophomore Ben Lewis who is the defending national champion. Not far behind him is junior Connor Dignan whom we all know well now from his impressive display in the 3 meter from Wednesday. Dignan owns the NCAA record in this event at 578.70 set in February at the NCAC conference champs, but the meet record is a 557.90 set by Gave Korteum in 2002. Already the 494.65 that Lewis posted to win last year has been bested by four of the top eight competitors, including the third Denison diver in the top eight – freshman Max Levy. The other top eight divers are Johann Schmidt, a senior from Tufts; James Stevick, a junior from CMS; Matt Morrison, an Ithaca junior; Colin White, the senior from Amherst; and NYU junior Austin Blease.

This is going to be a powerhouse of points for the Eagles, and may well prove to keep them outside of striking distance of any other team. Emory has four women coming back for finals: the most any other team has is two from Wash U. All other teams have at most a single entry that returned. Also notable is that the Williams freshman Megan Pierce did not make the A final, and with how much time she dropped from prelims to finals yesterday, she may post the top time tonight without actually winning the title. Nina Zook took the prelims easily with a 2:02.45, and sits nearly a second ahead of the next closest qualifier. Last year she took fourth, but the wall of seniors she ran into has all graduated, and Denison junior Michelle Howell didn’t look like quite the threat she was last year, seeded fifth for the finals. Case Western senior Maggie Dillione was the top seed coming into the meet, and since she’s seeded second, she may give Zook a race this evening. In third is Chicago freshman Abby Erdmann. Joining her teammate Zook in the A final is Eagle junior McKenna Newsum-Schoenberg as the fourth seed. Kenyon sophomore Mariah Williamson will be the sixth seed. MIT sophomore Sarah Osmulski is seventh and Amherst sophomore Sarah Conklin rounds out the top eight.

Talk about a stacked heat. Let’s just throw some names out there: Taylor Kitayama, Celia Oberholzezr, Kirstin Nitz. It’s going to be fast tonight. JHU senior Kitayama is the top seed going into tonight with a 54.07, but she led off the prelims relay of the 400 MR in a 53.6, so expect some speed from her. Kenyon junior Oberholzer is the second seed, the national champion, and seems to be warming up as the meet goes along. Her individual time is faster than her relay was last night, and that 54.9 was slower than her individual event this morning, which she nearly even split. Luter sophomore Slagel is third coming into finals, but has been showing herself to be a force to be reckoned with in the pool when the heat turns up, and is also getting faster with every 100 back rep she’s done this meet. Wheaton sophomore Nitz looked chill in the water this morning, though sometimes it’s hard to tell with such a long stroke. We’ll see what she puts out tonight. Hamilton senior Rosenbaum is fifth going into the finals. Emory has the sixth seed with sophomore Ella Thompson. Senior Alissa Tinklengerg will be seventh as the Gustavus rep. Kenyon senior Rachel Flinn rounds out the top eight.

Whitewater junior Amy Spaay has the meet record in this event, but wasn’t out nearly quickly enough to get close to her 1:00.85 from last year. She’ll have a second shot at it from the middle of the pool as the top seed for tonight’s final, qualifying with a 1:02.91. The closest competition Spaay will have is from Denison senior Natalie Lugg who split a 1:01 on the 4MR last night. If Lugg can carry that speed into tonight’s final, she could very well take her own NCAA crown. St Thomas junior Emily Punkyo is third seed. Emory freshman Annelise Kowalsky is fourth with teammates Elizabeth Arnoff (sophomore) and Kylie McKenzie seeded fifth and seventh. Middlebury junior Jamie Hillas is sixth. Kenyon sophomore Katie Kaestner is tied with McKenzie for seventh.

Wow– this could be as close as 2011–it’s looking like it will come down to whether Denison can out score kenyon by enough in the 1m diving today to offset Kenyon’s advantage in the mile and 2 breast tomorrow.

I think that’s a pretty accurate assessment.
I’d guess if the Denison lead is more than 40 points after today it will be really tough for Kenyon to catch up. Anything less and it might come down to the last relay.