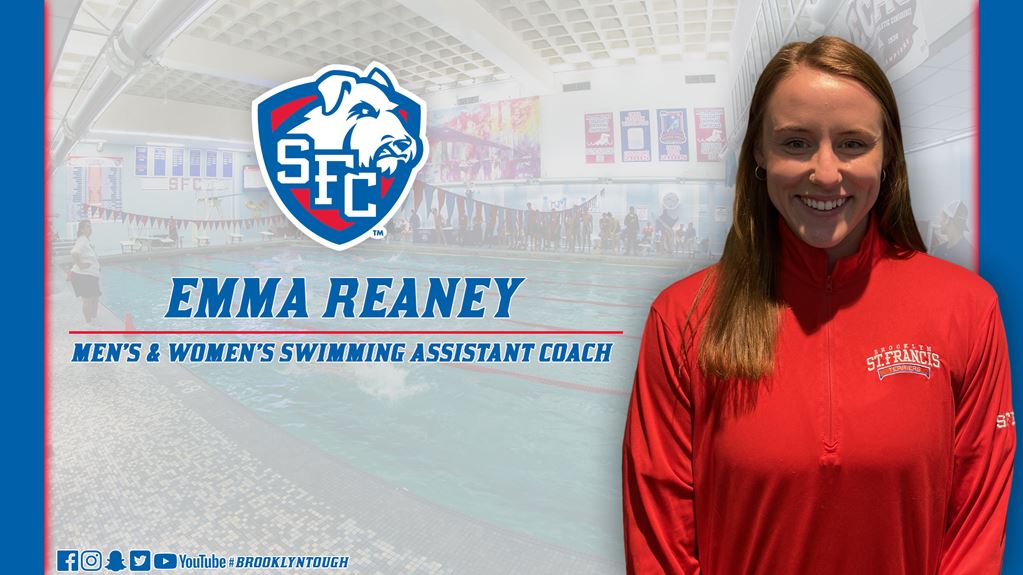 NCAA Division I St. Francis College in Brooklyn New York has made a splashy hire to fill the assistant coaching position for its men’s and women’s swimming & diving teams. Former NCAA Champion Emma Reaney is joining the Terriers’ staff for the 2021 season.

Her college career culminated with an NCAA title in the 200 breaststroke in 2014, setting an ACC, NCAA, U.S. Open, and American-Record time of 2:04.06 – then the fastest yards swim in history. She is still the 6th-best performer in the history of the event.

Reaney was the first swimmer in program history to win an NCAA title and is believed to be the school’s first student-athlete to hold an American Record in any sport.

She represented the U.S. at the 2014 World Short Course Championships, where she took a silver medal as a member of the American 200 medley relay. Her 29.42 breaststroke split in finals was the fastest of the entire field in either round of competition.

A year later, in long course, she represented the United States at the 2015 World University Games. There she shared bronze in the 50 breaststroke with Italy’s Martina Carraro.

Since retiring from swimming after the 2016 U.S. Olympic Trials, she has worked in social media, first for a brewery and more recently for a company called Babyganics.

St. Francis College Brooklyn, not to be confused with St. Francis University in Pennsylvania, competes in the NEC Conference. While St. Francis College has not yet announced a schedule for this year’s season, the NEC Swimming Championships this season will be held from March 29 to April 2 at the Spire Institute in Geneva, Ohio.

Emma is great talent and very articulate. Has an Awesome swim IQ. This is a massive win for NY area coaching as she has great potential. Congratulations and every happiness to Emma and her family.

With a degree from Notre Dame a few years ago, I would think she would have a big time, high paying job by now??