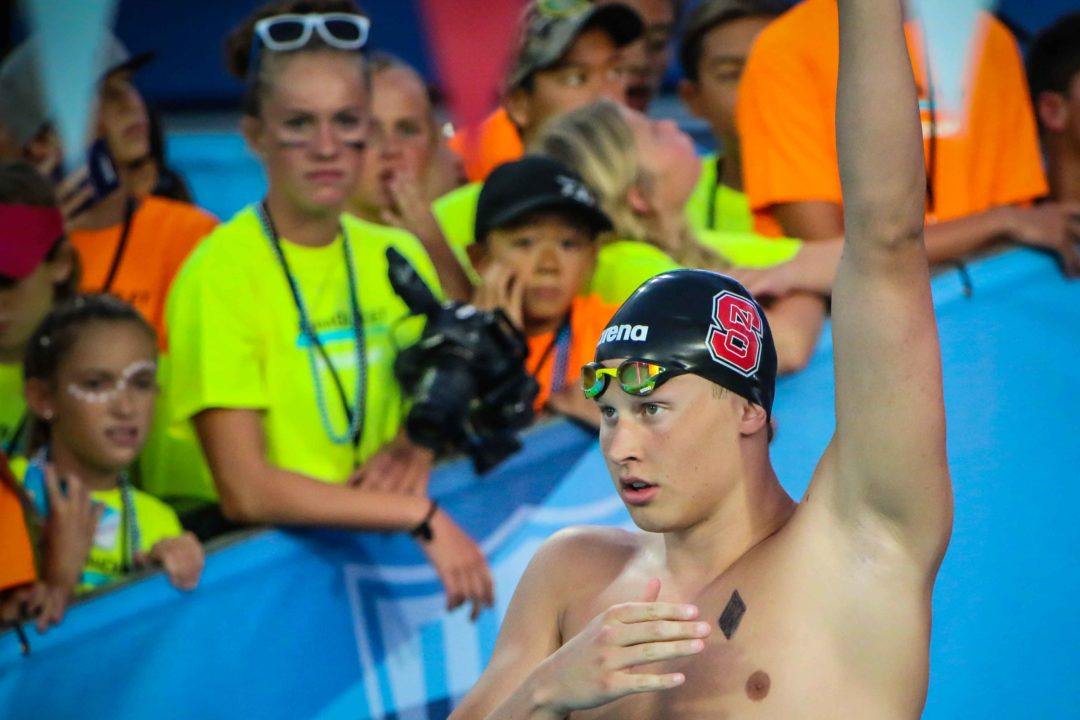 Justin Ress continues to focus on the freestyle events, rather than the backstroke events, collegiately. Archive photo via Jack Spitser/Spitser Photography

NC State had 5 swimmers seeded in the top 10 of the men’s 100 backstroke coming into the 2019 ACC Championships, but have scratched out 3 of them before Friday’s prelims session.

Andreas Vazaios (3rd seed – 45.85), Justin Ress (9th seed – 47.02), and Giovanni Izzo (10th seed – 47.15) have all scratched the race. That shouldn’t hurt them too much in the team battle, though: among the teams best-poised to challenge them for the ACC title (and even at that it’s a long-shot), Virginia doesn’t have anyone seeded in the top 10 (their best entrant, at 11th, also scratched) while Louisville at best would get 3 into the A final (if Mitchell Whyte can repeat his electric time trial swim of 45.3). Coleman Stewart still enters the race as the top seed for NC State. He’s the defending NCAA and ACC Champion in the event.

Ress, meanwhile, continues to largely eschew the backstroke events collegiately, even though that’s where he’s had his most success nationally, including winning the US National title in the 50 and placing 3rd in the 100 last summer. He’ll instead focus on the 200 free as his only event on Friday.

Other Day 3 Scratches of Note:

It’s just that his team needs the sprint free all relays dude, if Stewart wasn’t there, went down he would be ready