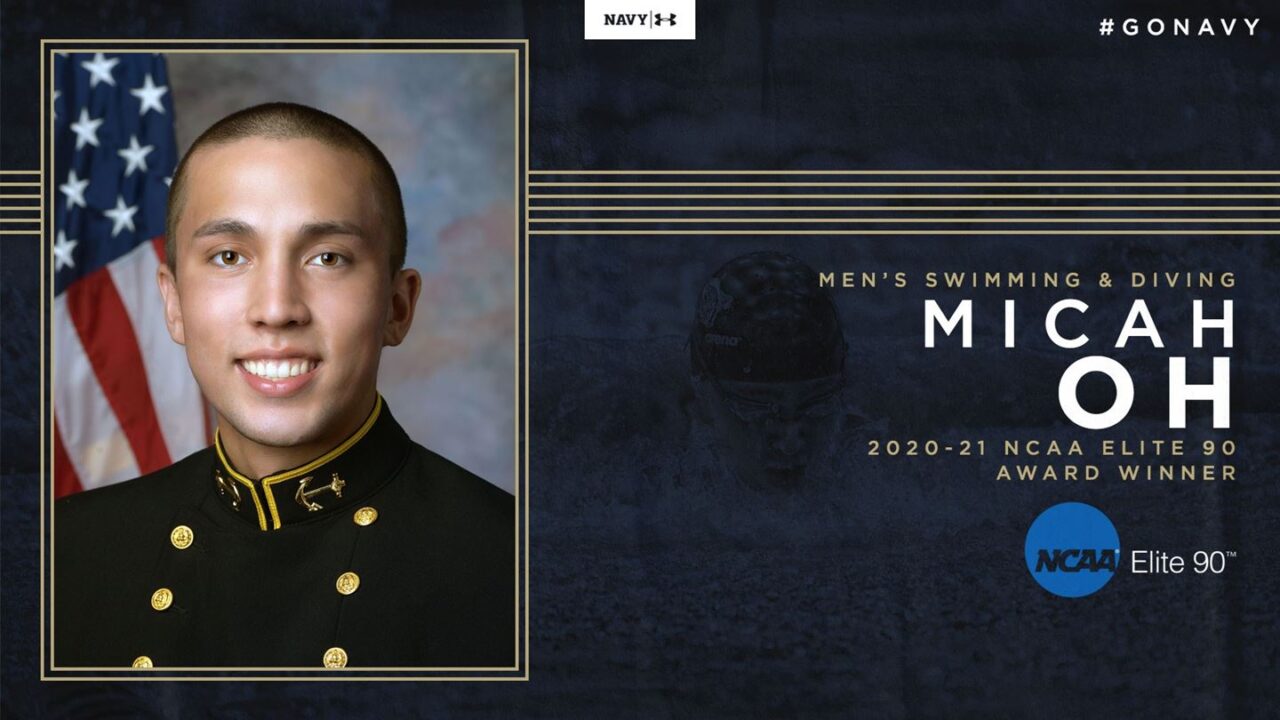 The award is given each year to the student-athlete with the highest cumulative grade-point average who competes at the NCAA Championships in the sport. In order to be eligible athletes must have been a member of their team for at least two years and be an active participant at the championship competition.

He becomes the first Navy athlete ever to win the NCAA’s Elite 90 award, which has recognized one athlete per sport since the 2009-2010 school year. Only three Patriot League athletes have ever won the award: Loyola lacrosse player Chris Myers in 2016 and American wrestler Daniel Mitchell back in 2012.

Navy grad here, it’s hard to explain how difficult it is to get a 4.0 at the boat school. Incredible accomplisment Micah. Bravo Zulu

An achievement at any level and even more so at a Service Academy! A great young man. Way to go Micah. Go Navy!

Congratulations Micah! What an honor!