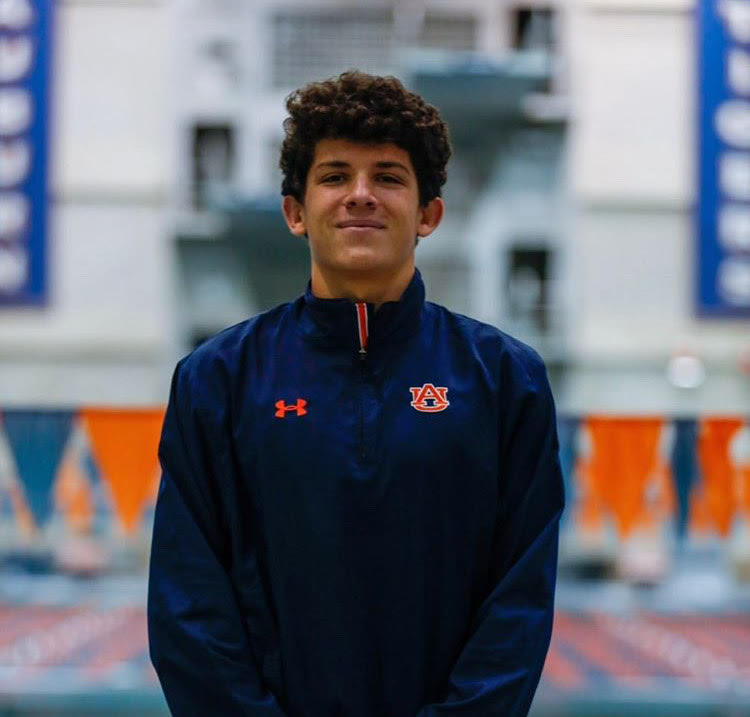 Jacques Rathle of Crawfish Aquatics put up the 4th fastest time in the country this year in the 17-18 400 IM at the Louisiana SC State Meet. Archive photo via Jacques Rathle

The 2021 Louisiana LSC Short Course State Championship meets were split among three locations due to the ongoing coronavirus pandemic, with results combined for final standings.

The Baton Rouge location was highlighted by Jacques Rathle of Crawfish Aquatics winning all 12 events he swam including 6 individual events.

Rathle’s top swim came in the 400 IM as swam 3:45.90, dropping over three seconds from his time in Tupelo. That time would have placed 5th at this year’s SEC meet, well ahead of Auburn’s top finisher, Evan McInerny who placed 20th.

Auburn will have multiple incoming freshmen under 4:24 in the 500 as Grant Davis swam a 4:23.73 just over a week ago at the Georgia Senior State Meet. At the same meet, fellow Auburn commit Andrew Simmons swam a 1:45.12 in the 200 backstroke and a 3:53.88 in the 400 IM. Auburn’s recruiting class will be looking to help the Tigers move up from their 8th place finish at this year’s SEC meet.

Other notable swims from Baton Rouge:

Hey DUDE put out the popcorn gallery and naysayers who live to chide and defame others under the dark blanket of anonymity. You have chosen a great institution with amazing coaches, professors and facilities. Best wishes to you in your collegiate career!!!!

Gary will ruin him

It’s like people forget all the success that he had at NC State. He has been in charge of a program for two years now. When you look at the athletes that are there, a majority of them have improved! It takes more than two years to rebuild a program. Give it 1 more year and things will look a lot different.

Auburn scored 0 points at NCAAs for the first time since 1988 this year lmao.

They still got best times throughout the season, yeah it’s bad. A lot of people added at Ncs though.

Go look at there too times from this season and almost all of them are slower than last season except for 500, breaststroke’s and ims

** he’s been in charge of the program for 3 years. And you said “if you look at the athletes that are there” do you know how many have quit this year alone? You obviously have zero idea what the athletes have gone through with the coaching staff if you are making comments like these. The athletes are fleeing the team.

Why are people hijacking an article about a kid’s success to trash an adult? Come on people. Let the kid have his moment!

It’d be great if Swimswam focused on positivity and support and isn’t overrun by negativity from people who apparently are confident enough to think they are masters and perfect at everything so they can critique what they do not understand.

The men’s team has their strongest class coming in next year under Gary. Hopefully Gary can can be free of the outside detractors that has impacted his team, learn from things that have and have not worked in his career thus far, and start an upswing for both teams. I am certain he will do everything within his powers to do so.

Anonymity on the internet truly brings out the best in people! /s

Rylee also achieved a time of 52.94 in the 400 medley relay backstroke portion lowering her record even further.

Well when he gets to train with the legendary Grady Wheeler, he will only continue to get faster!