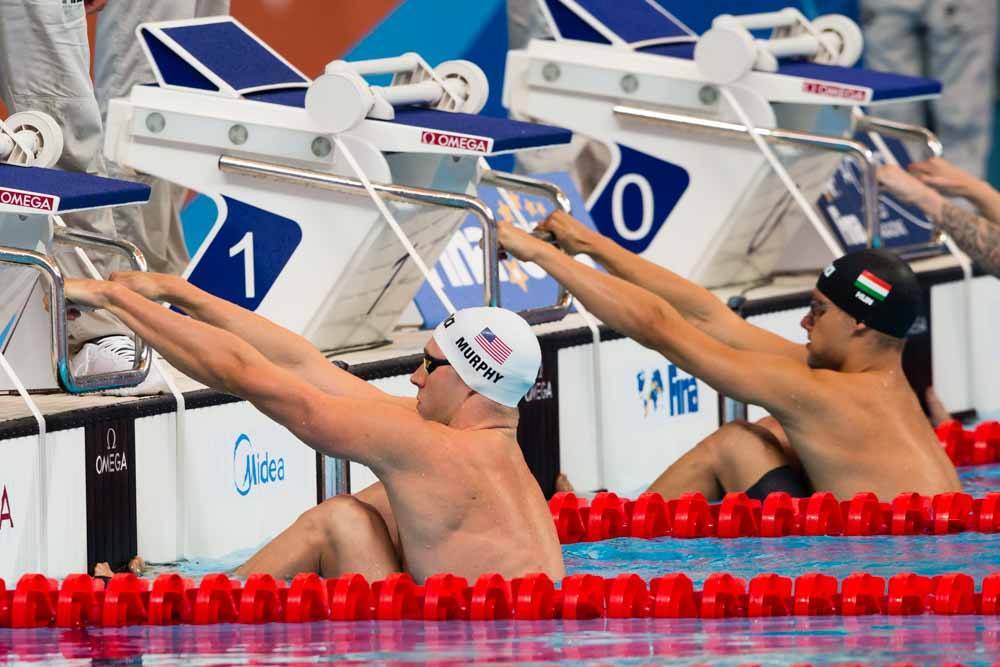 Murphy led off a mixed relay this week with a 52.18, a time which currently ranks him first in the world this year in the individual 100 back.

He’ll need to be on his ‘A’ game as Camille Lacourt of France will be swimming the backstroke leg for his team after winning the 50m backstroke earlier in the session. With them will be 100m backstroke world champion Mitch Larkin of Australia.

Although the rosters for the Americans, French, and Australians are fairly expected, the British are going in with a somewhat unexpected roster.

Leading off with Christopher Walker-Hebborn, he’ll be followed by 100m breaststroke world record Adam Peaty. The shock on the roster comes on the fly leg where 200m freestyle world champion James Guy will be looking to keep what will likely be the lead for Great Britain. Throw Ben Proud in and they have a very solid group of men.

To see a PDF with all the men’s rosters, click here.

As for the women’s lineups there aren’t really any unexpected orders for any team. One big difference is that Bronte Campbell will be swimming in place of her sister, Cate Campbell, as the freestyle anchor for team Australia. Bronte Campbell won the individual 100 free over her sister earlier in the meet, which is reason enough to give her the relay spot.

The Canadians are also playing around with their sprint freestylers. Instead of going with Chantal Van Landeghem on the anchor leg, they’re going with Sandrine Mainville. Mainville swam on the mixed 4x100m freestyle relay that earned bronze for Canada earlier in the meet.

To see a full PDF listing all rosters, click here.

Wow this relay is interesting, who’s in front during the backstroke is a toss up, Peaty will destroy everyone in backstroke, with Cordes trying to hold on, butterfly will be a fight between Shields and Metella, and freestyle will likely be Adrian making up for his disappointment in the 100 free.

I meant peaty in Breaststroke.

It is nice to see a men’s relay with such young names. Even if they don’t blow us away, better to give experience to people who need it.

As I previously said, Murphy will be a gamble but I think it’s a necessary gamble. Still, I would hate to be the coach to decide to take the Olympic champ off the relay.