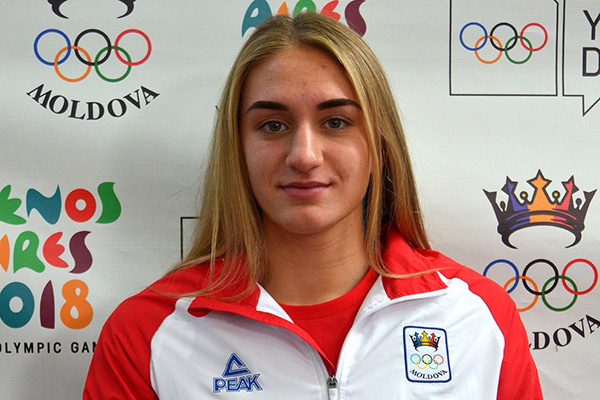 Tatiana Salcutan, an Olympian from Moldova, is transferring to the University of South Carolina. She is leaving Louisville, where she swam with the Cardinals for the 2020-2021 and 2021-2022 seasons. Salcutan is a backstroke specialist. She competed at the 2021 Olympics in the 100 and 200 meter backstrokes, representing Moldova.

Salcutan was one of Louisville’s top backstrokers the past two seasons. In 2022, they sent 3 swimmers to NCAA’s in the 200 backstroke. Sophomore Paige Hetrick placed 12th and Freshman Rye Ulett finished 16th. In the 100 back, Hetrick and Salcutan were the only two entrants for Louisville, placing 43rd and 53rd respectively.

The transfer of Salcutan continues the trend that Poppell is using early in his rebuilding effort at South Carolina. Of the Gamecocks’ top 10 scorers at SECs, 4 of them were new to the team with Poppell, either freshmen recruits or transfers. Junior Nicholle Toh was in a very similar situation to Salcutan, transferring to South Carolina last season after two years at the University of New Mexico. Her best finish at SECs was 16th in the 100 fly.

Salcutan will be a huge addition to the Gamecocks for the 2022-2023 season. In 2022, South Carolina only sent two female athletes to the NCAA Championships. Senior Mariana Kraus competed in the 200 free and 200 back, placing 33rd and 25th respectively. They also sent a diver, graduate student Brooke Schultz. At SEC’s, they finished 10th out of 12 teams. Salcutan has the potential to score some valuable points for the Gamecocks, especially since they will be missing Kraus.

Poppell is working on building his team, and it looks like Salcutan will be part of that. A variety of top recruits from the class of 2022, including Amy Riordan, Claire Dafoe, and Megan Mahloic, will also be joining the team in the fall. Interestingly, Claire Dafoe and Megan Mahloic had both previously committed elsewhere before announcing their intention to swim for South Carolina. The Gamecocks have even started building their class of 2027, with verbal commitments from Emily Fekete and Madelyn Yates.