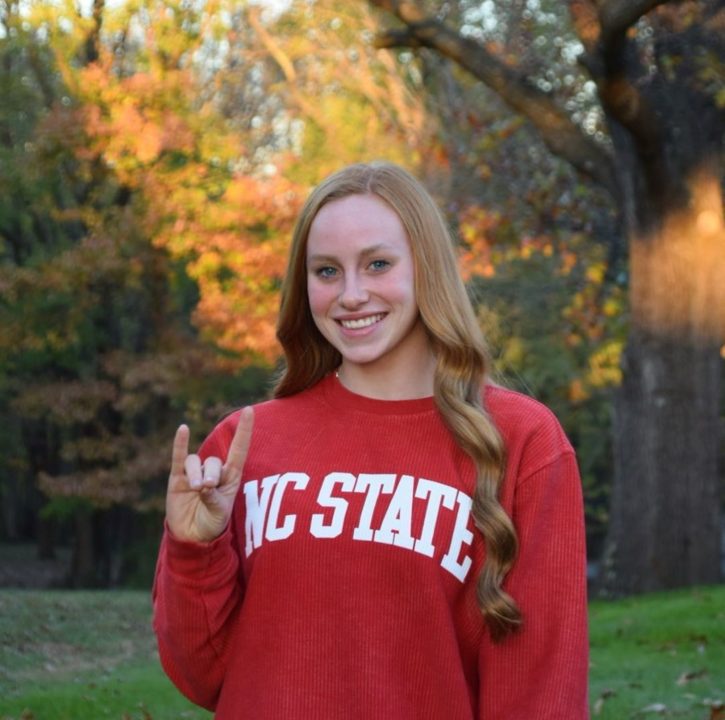 After winning the 200 breast on Day 1 and posting a top 100 time in that event, Springfield Aquatics’ Aubree Brouwer continued to impress on the third and final day of the Missouri 18 & Under Winter Championships in Lee Summit on Sunday. In the final session, Brouwer was one of three swimmers to put up a top 100 age-group time. In the 100 breast, the NC State commit won her second race, topping the field by over a second, and posting a personal best time of 1:00.68. That time lands her at #32 all-time among 15-16 girls in that event, tying former Stanford swimmer Katie Olsen.

Another swimmer who made history tonight was Inspire’s Luke Barr, the #10 recruit in the class of 2021 and an Indiana commit. Barr won the 100 breast in 52.81, over three seconds ahead of the next competitor. That time ranks Barr 26th all-time for 17-18 boys in the 100 breast, in a tie with 2017 World Championships finalist Nic Fink.

We see you Kate! 🙌🏼 Looking forward to having you at Rocky Top!

Was this a regional or national meet? How can this be called a national meet since so many states were not able to participate? With the Covid-19 numbers so incredibly high right now and our health care workers and critical care beds stretched thin, it seems like a risky time to do all of these meets. Several states are doing lockdowns again.