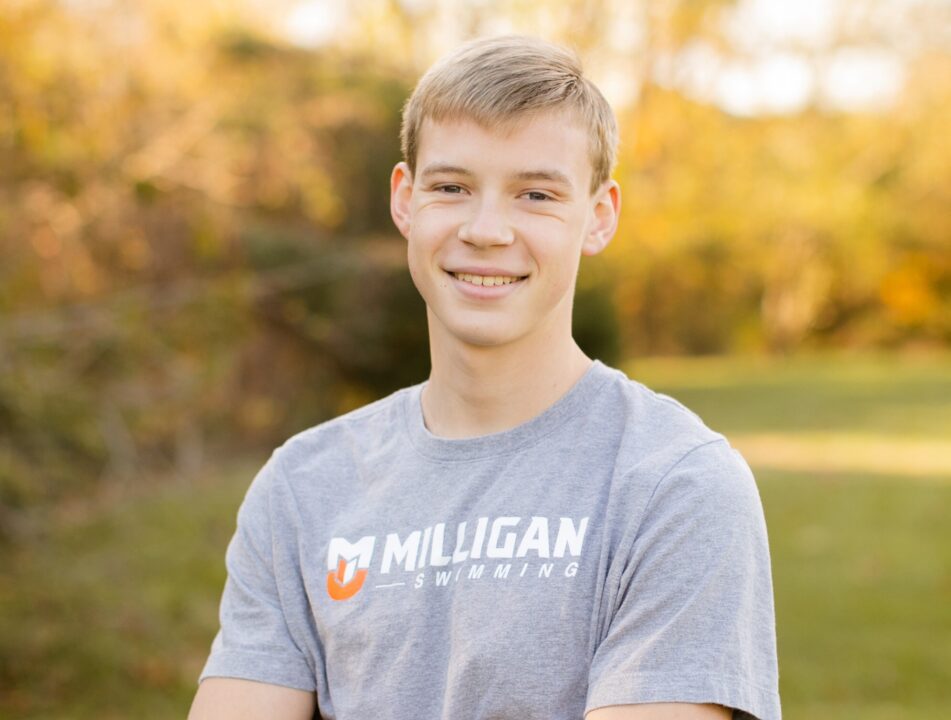 Distance freestyler Peter Gilbert will make an immediate impact when he joins Milligan's University in the 2022-2023 season. Current photo via Peter Gilbert

Milligan University has picked up a verbal commitment from distance freestyler Peter Gilbert for its class of 2026. Gilbert recently graduated from Patriot High School and he is a year-round swimmer at Occoquan Swimming Inc. He will be joining his brother, Stephen, who just completed his seconds season with the Buffs.

I am excited to announce my commitment to Milligan University, where I will further my academic and athletic career. I’m looking forward to attending Milligan and becoming a part of a team on the rise, while also creating lifelong friendships. Can’t wait to be a Water Buffalo! Go Buffs!

In February, Gilbert competed at the 2022 Virginia 6A State Championships, helping Patriot High School take home the state title. He swam the 200 free and the 500 free, making it back for finals swims in both. Gilbert dominated the B-final of the 200 free, touching 1.2 seconds ahead of the next swimmer. His finishing time of 1:43.11 would have placed him 6th in the A-final.

Gilbert was an A-finalist in the 500 free. He smashed his prelims time by four seconds to finish 5th in a personal best time of 4:37.12. He closed out his final championship meet swimming the third leg of Patriot High School’s 400 free relay. Their All-American qualifying time of  3:05.69 was a 6A State Record. The boys won the final event of the meet to secure their State Championship title.

Gilbert is expected to make an immediate impact on the team when he sets foot on campus this fall. His 400 IM time would have been the second-fastest for the Buffs last season and would have earned him a silver medal at the Appalachian Athletic Conference Championships.

Similarly, he would have posted the top time at conference in both the 500 free and the 1650 free. His best 1650 free time is 40 seconds faster than the current team record. If he continues to improve on his times, Gilbert is likely to qualify for the NAIA Championships.

His brother Stephen is a Milligan record-holder in the 100 free, 200 back, and 200 and 400 IM. He is also a member of all five of the record-breaking relays. This season, he was a three-time conference champion and a three-time NAIA finalist. He won the 400 IM at NAIAs by 3 seconds.