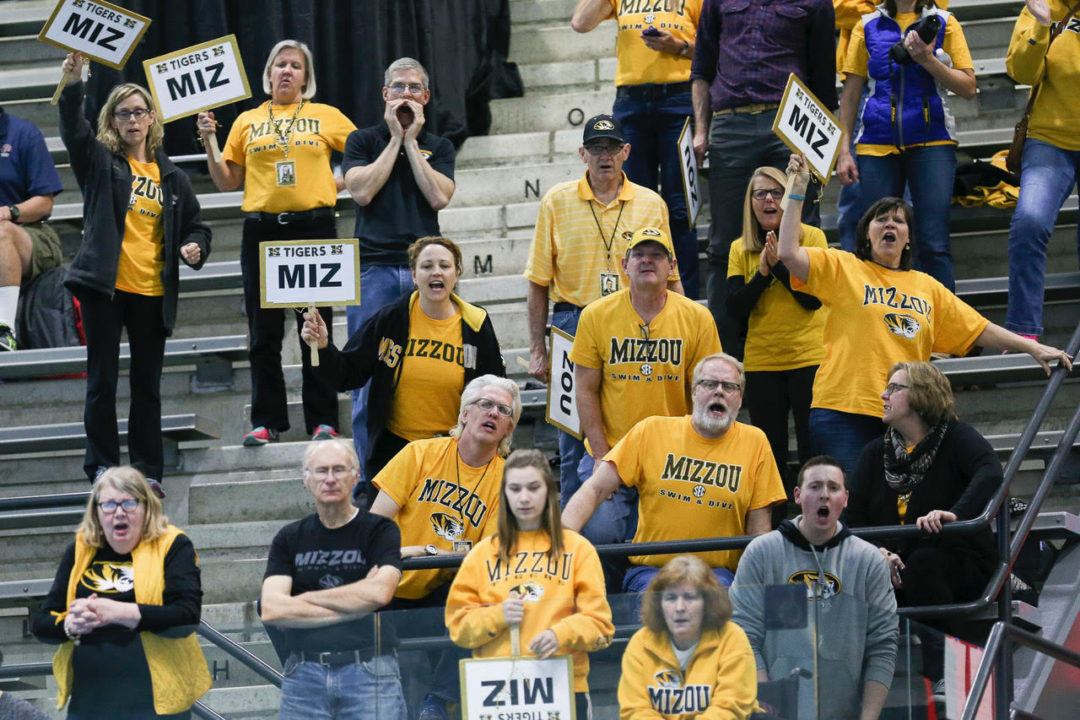 Flying out to give the Missouri Tigers a huge lead to start off the men’s 800 free relay tonight was Mikel Schreuders. The senior was out in 43.91, well ahead of the field early on, and then kept charging to hit the wall at 1:31.61. That time clears the SEC meet record, a 1:31.73 done in 2011 by former Florida Gator and Olympian Conor Dwyer, by over a tenth of a second.

While Schreuders broke the meet record, the SEC open record is technically the 1:31.18 done by Zach Apple at the 2018 NCAA Champs when he was still at Auburn. Apple is now a senior and has transferred to finish out his eligibility at Indiana. Koski, who swam at Georgia, is 2nd in the SEC open all-time rankings and Schreuders third.

Watched the video after the fact – what a kick that kid has!

0
0
Reply
eagleswim
Reply to  JP input is too short

0
0
Reply
JP input is too short
Reply to  eagleswim

It’s on the SwimSwam article for Florida setting the relay meet record.

Holy Batquano!!! Great swim by Schreuders. Congratulations to UF for a fine relay in the post- Troy/Dressel era. Tomorrow will be a fan-tastic for we fans day to enjoy. Go all swimmers – KEEP THE GREAT SWIMMING acoming.