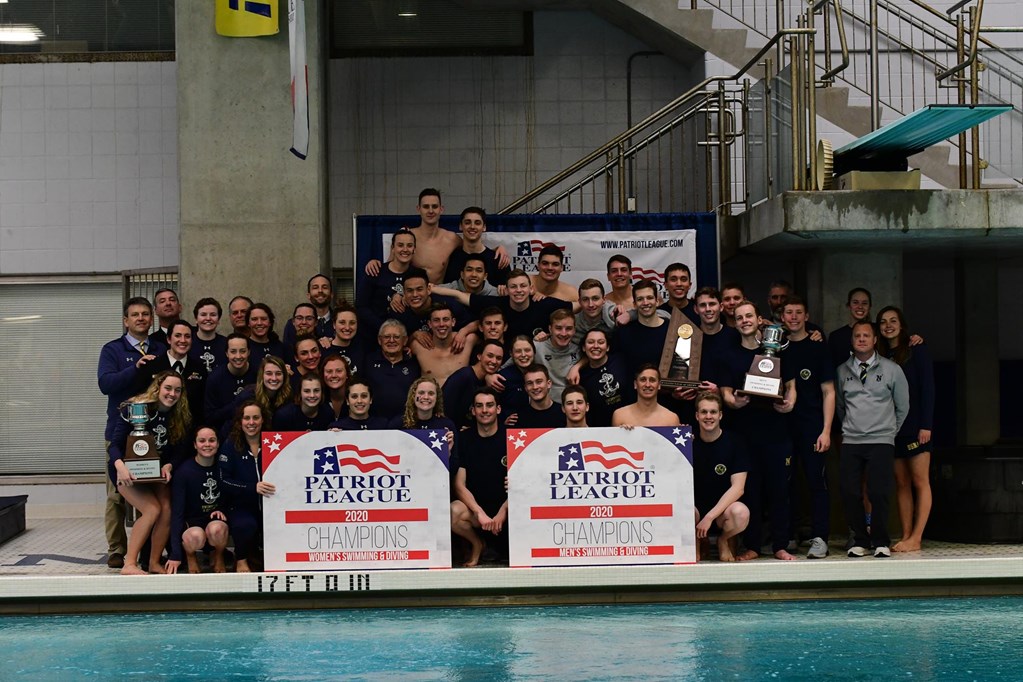 Over the weekend, 23 NCAA Division I teams were awarded conference championships for 2020. While the SEC (Tennessee women, Florida men), ACC (Virginia women), and Big Ten (Ohio State women) caught the most national attention, all over the country collegiate teams were fighting for titles from coast-to-coast.

For most of the teams at these meets, last weekend was the conclusion of their 2020 season.

While we wrote daily recaps for each of these meets, below are mini capsules highlighting team champions and award winners from each of the mid-major conferences this week

The George Washington University women won their first-ever Atlantic 10 Conference Championship meet, while Fordham’s Mia Bullock was named the Most Outstanding Performer in the Pool.

Swimming and Diving Freshmen Of The Year

Swimming Coaches of the Year

Diving Coaches of the Year

The Houston women cruised to their 4th-straight AAC Championship, while East Carolina’s men fought to the wire for a narrow 7-point win over Cincinnati.

The Liberty women rolled to a 163-point margin of victory over Florida Gulf Coast to win their 2nd consecutive title.

Florida Gulf Coast’s Petra Halmai swam a 2:07.38 in the 200 breaststroke that ranks 8th nationally so far this season.

Ibarra and Sanchez combined with Norbert Aranyi and Hector Cruz to also break the Conference Record in the 800 free relay.

The Denver men and women won their 7th-straight Summit League Championship, including a record-setting 1,183 point total for the Denver women.

On the men’s side, among a Denver team full of NCAA qualifiers, Adriel Sanes stood out with wins in both the 100 and 200 breaststroke, setting new Summit League Records in both in times of 52.32 and 1:55.70, respectively. He also finished 2nd in the 200 IM.

That included an NCAA “A” cut in the 200 medley relay and a probable individual invite time from Swimmer for the Meet Klara Thormalm in 59.36. She is one of 3 Aztecs swimmers who went under a minute in that race, along with Morganne McKennan and Sammy Geyer.

The youth was on display in Providence, Rhode Island this weekend at the 2020 Ivy League Women’s Swimming and Diving Championships. Princeton freshmen Ellie Marquardt and Nikki Venema and Harvard freshman Felicia Pasadyn all won three events to score the maximum number of points (96) in the race for High Point Swimmer of the Meet honors.

The Missouri State women sent their seniors out undefeated with a 4th-straight Missouri Valley Conference title.

No individual awards were announced, but for the 2nd-straight year, Hawaii swept the MPSF Conference championships.

Patriot League Male Rookie of the Meet was awarded to Max Verheyen of Loyola Maryland as he finished third in the men’s 400-individual medley (3:47.91). Rich MacDonald was given Patriot League Male and Female Diving Coach of the Year.

The Navy women won their ninth consecutive championship totaling 927 points throughout the week. Bucknell followed in second place with 533 points and Lehigh rounded out the podium with 506 points.

The James Madison women won their 3rd-straight CAA Championship, taking the title by 84.5 points ahead of runners-up William & Mary.

Also at the meet, Drexel senior Alexa Kutch became the first swimmer in conference history to sweep the backstroke events in all four years of her collegiate career.

The Oakland Grizzlies swept the men’s and women’s Horizon League titles for the 7th-straight season, with both teams winning by over 200 points.

The Bryant Bulldogs wrapped up a three-peat on Saturday, beating runners-up Connecticut State University by 227.5 points at the Nassau Aquatic Center in East Meadow, New York.