Michigan Releases 2019-20 Schedule, No US Open for Mid-Season Tune-Up 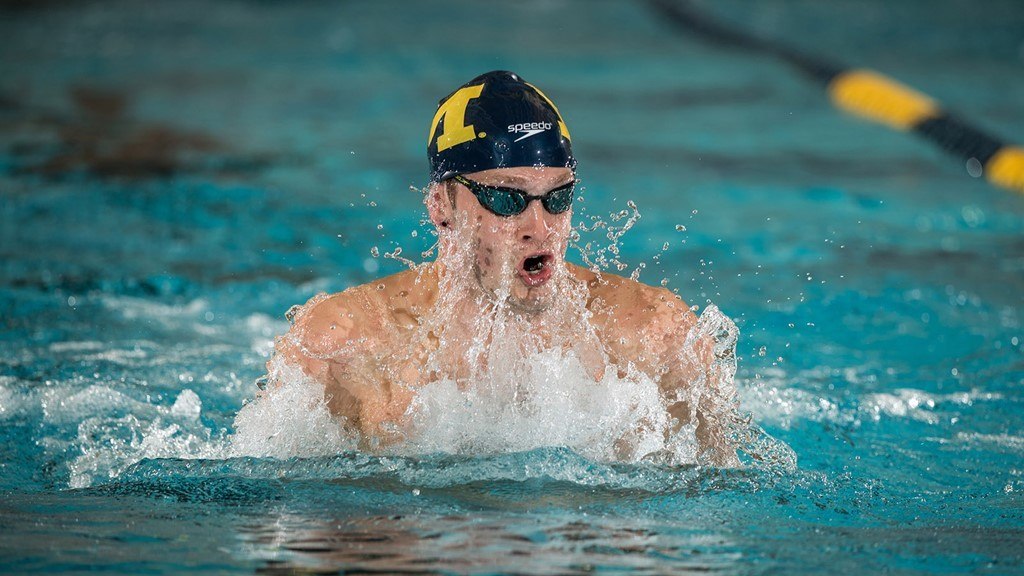 The Michigan Wolverines are scheduled with 4 home dual meets, yet have decided to opt out of US Open for mid-season tune-ups. Stock photo via Michigan Athletics

The Michigan Wolverines have released their 2019-20 meet schedule, which includes 4 home meets plus the first chance meet before Big Tens to earn NCAA A/B cuts. Among the dual meet opponents, the Wolverines have dropped 2018-19 opponents Northwestern and Denver and instead will be more competitive with duals against Navy, Virginia, and Tennessee.

The decision to go against the Hoosier men twice will prime the Wolverine men for the upcoming Big Ten Championships, where both them and their female counter-parts settled for runner-up. However, the Hoosier men will suffer huge senior losses (Zach Apple, Ian Finnerty, Vini Lanza) from the 2018-19 season. This season, the Michigan men have the upper-hand with strong senior members Felix Auboeck, Jeremy Babinet, Tommy Cope, Jacob Montague, Miles Smachlo, and Charlie Swanson.

Along with the the IU double, the Michigan men and women will go against Navy, Virginia, and Tennessee instead of Big Ten rival Northwestern and Denver. Likewise, the Wolverines will travel north to the Minnesota Invitational where a new field of programs will come together for an exciting mid-season meet.

Another interesting decision by the Wolverines was opting out of participating at the US Open during December. With the 2020 Trials less than a year away now, many college programs have selected to go to these LC meets to earn Trials cuts during mid-season resting.

The Michigan women placed 3rd at the 2019 NCAA Championships while the men placed 13th overall. Going against top-10 placing programs like Virginia and Tennessee will certainly poise the Wolverines to dominate the 2020 NCAAs.

Guess the MI team doesnt need the US Nationals meet for trial cuts. Seems most team members already have cuts!!

It’ll be interesting to see what happens this year in the Big Ten. With Ohio States program on the rise and Indiana’s program suffering major losses from seniors and transfers It’ll be cool to see who captures the #1 finish.

Tennessee still watering down the schedule….

Other than Michigan and Iowa, have any other schools announced their plan to attend the Minnesota Invite this year? Keep hearing how it’s supposed to be a much more improved mid-season….

Pretty weak schedule for such a storied program. One would think Meeechigun would swim tougher teams.