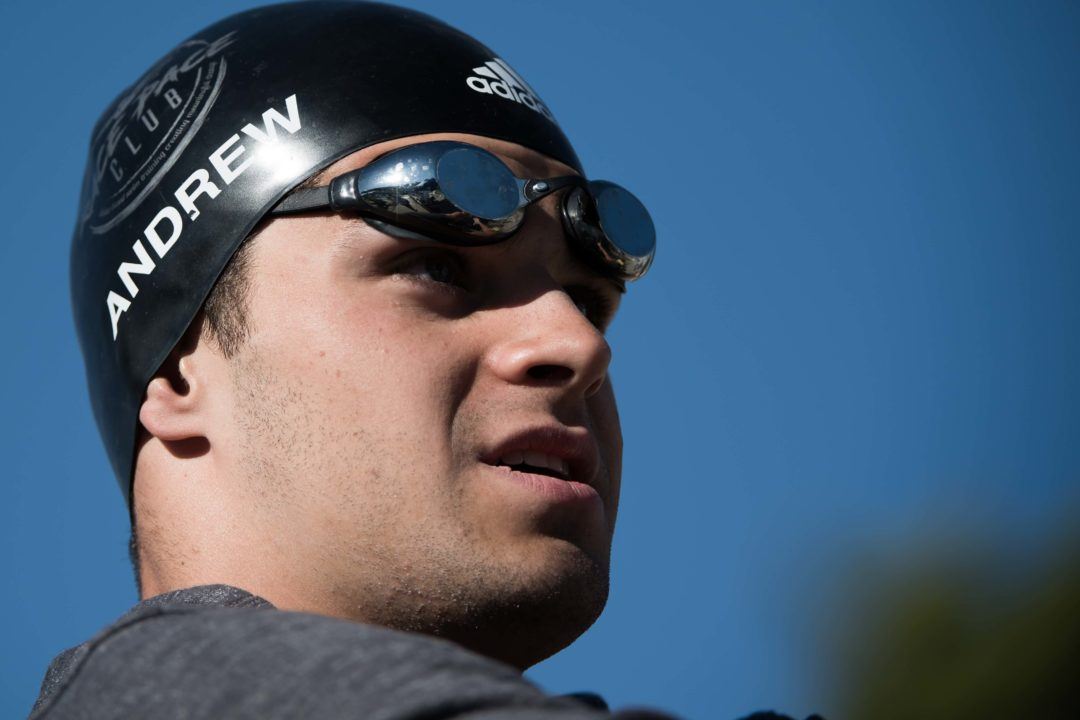 Michael Andrew has scratched the men's 100 fly on day 3 at World Trials, opting to focus on the 50 breast and back. Archive photo via Mike Lewis/Ola Vista Photography

After a few major scratches yesterday, including a couple of top ten seeds, there hasn’t been as many significant ones today.

The most notable comes in the men’s 100 fly, where Michael Andrew has scratched out after placing a very respectable 4th in the 50 fly last night, going a best time of 23.42. Andrew was seeded 11th in the 100 fly, and now shifts his focus to the 50 breast and 50 back today, where he’s seeded 4th and 12th overall. The 50 breast could very well be his best shot at making the World Championship team.

Bethany Galat, who made the team last night in the 200 breast, has scratched the 50 breast in order to focus on the 400 IM where she’s the #2 seed.

Zachary Lierley, who was 15th at the Olympic Trials last year, has scratched out of the men’s 400 IM as the 11th seed. Other top 24 scratches this morning came from Vinny Tafuto, Taylor Dale, Blair Bish and Phoebe Bacon. Check out the full list of scratches from swimmers seeded in the top 50 of their respective event below:

Isn’t Michael Andrew the new wunderkid of US Swimming. Has been touted for the past few years now! About time he started making Senior teams to justify that incredible hype and lucrative sponsorship deals.

I’m so sick of all these negative comments on Mr Andrew and whether he will make the team or not. He’s swimming the most best times he’s had at a single meet in years, and yet all the comments are about how he’s never going to make the Worlds team. He is 18! Give him time. I suspect he is going to have a killer 200 IM this week and play with second place. Good luck Michael!

I am going out on a limb to say that Michael Andrew never makes an Olympic or World Championship team. Luckily he will have 12 years of home schooling to fall back on and endless memories of being the family cash cow.

It’s great the worlds have the 50s of stroke, the Olympics should have done the same.

50’s are for Summer Leaguers and the weak minded, slack sprinters who miss practices, can’t finish practices and who have all of the physical maladies. “Coach, my shoulder really hurts allot this time……………..”

he is very Grubby at times ….no worries , it shall pass

Agree, 50’s are for the un-trained swimmer who has tech issues but can muscle through this distance

50s are the perfect balance of power and skill. Silly too short .

1
0
Reply
Spaceman
Reply to  Too short

Wrong. The 50’s are the most technically demanding events.

I believe I haven’t still mentioned the name of Michael Andrew a single time in my comments so far this week.
I’m not a fan of 50s of stroke but his 50 fly was pretty encouraging. I’m waiting for his 200 IM.
While I know that his best chances of qualification are in the 50 breast.

Turning into a great 50’s swimmer

400 IM day today! 😎 Georgia internal war on the men’s side and crazy open race on the women’s side with probably Galat, Cox, Forde and Beisel as favorites. I’m expecting big time drops from Curtis Ogren and Carson Foster too. Can Sean Grieshop enter the conversation for the second spot behind Kalisz?