Men’s NCAA Tickets Sold Out Before Public Sales Even Open 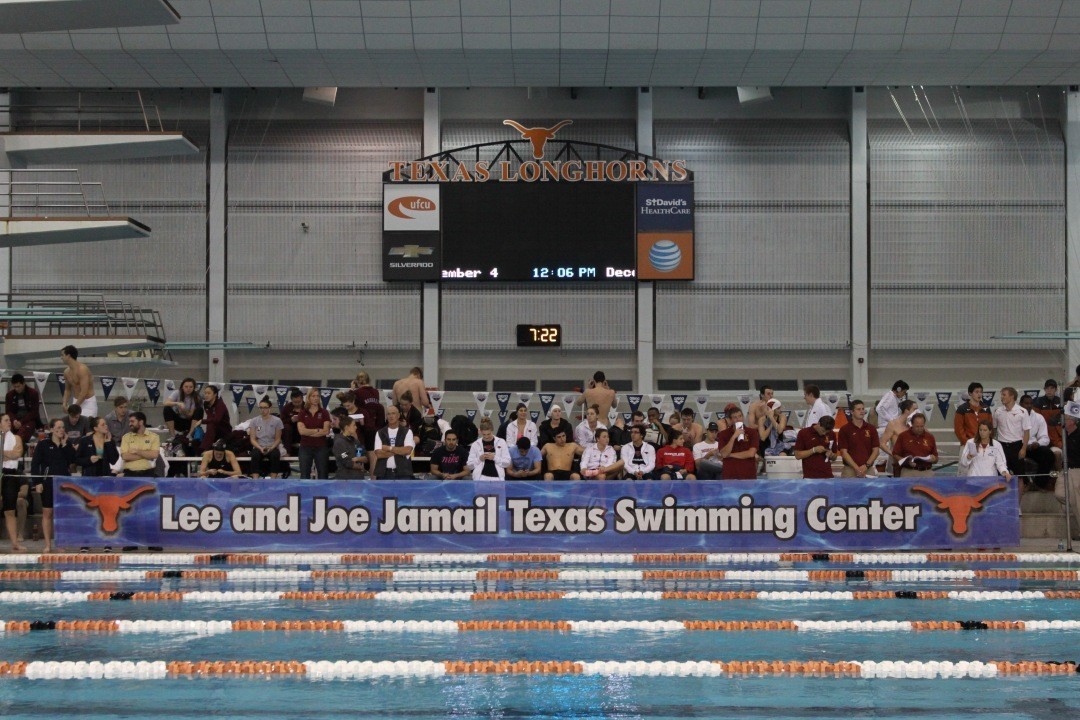 All-session tickets for the 2019 men's NCAA Championships have sold out ahead of the official opening of ticket sales to the general public. Archive photo via Andy Ringgold/Aringo Photography

All-session tickets for the 2019 men’s NCAA Championships have sold out ahead of the official opening of ticket sales to the general public.

Tickets were slated to go on sale tomorrow, February 1. But the ticket sales page currently shows tickets listed as “sold out” for the men’s meet, which will take place from March 27-30 at the University of Texas.

Prior to the opening of tickets to the public, teams are allowed to request tickets. Up to 40 per team are treated as priority. Typically, teams sell these tickets to parents of athletes who qualify, but the team tickets can also go to alumni or friends of the program. Requesting or buying tickets early is a gamble, as NCAA invites aren’t finalized until early March, and invites for most athletes are still very much in flux as of January.

It appears the team request period has bought out the entire stock of men’s NCAA tickets. The Lee & Joe Jamail Texas Swimming Center lists its spectator seating at 2100 grandstand seats. That’s relatively large compared to most college venues – we ran through some of the top collegiate pools in spectator capacity last year, when tickets to the men’s NCAA meet in Minneapolis, MN also sold out early.

Women’s NCAA swimming & diving tickets go on sale tomorrow morning at 10:00 AM. The ticket website still indicates that all-session tickets for that meet are available. That meet happens a week earlier, from March 20-23, also in Austin, TX.

How is that fair? Lol

Ain’t about bein fair…if it were fair UT and CAL would not always win! Maybe Stanferd would get ta win once in a while or even Alabama!!!

If Alabama and Stanford were the best swimming and diving team they would win the meet. Being fair doesn’t mean everyone gets to win, what’s fair is people having a chance to win. The ticket sales aren’t fair because not everyone had a chance of being able to get them

Unfortunate, but glad I was able to reap the benefits and pick one up. 🙂

I bet Texas alums got a huge segment of the tickets!

I can guarantee you they did, I was lucky to get some of the Texas tickets and we have a lot of people going.

Any chance you have any more available? Or know anyone that does?

Sorry, everyone I know is using all their tickets, I wish I could help.

If each team is limited to “up to 40” tickets given the strength of the Texas team how have tickets already been allotted to people like Mr Breastroke. You figure Texas will bring 15-20 kids at two tickets per family you’ve already hit your 40 allotment that is intended to go to current team members AND boosters AND alumni. Seems like something is fishy again in the water at Texas if they have acquired excess tickets before the general public.

I know a lot are going to alumni. My family is alumni and we have 5 tickets for us, I was able to get them back in Oct/Nov.

Lets all relax on the anti-texas hate when: a) most teams who host probably do this, and b) we have no idea if this “mrbreastroke” is actually a texas alum. I would be very surprised if a texas alum were advertising texas breaking the rules. If you can’t even spell breaststroke, how trustworthy can you be? 🙂

Last year we took the risk and went to Minneapolis, thinking that we’d end up in standing room each day. First morning I got to ticket office super early and was able to get 4 full passes that had been returned by one of the teams that didn’t need them (not sure who but we sat in between Arizona, Harvard, and Georgia and they were primo seats). I’d recommend calling the Texas ticket office to see if they will be selling returned tickets once the event starts.

That’s just wrong. 🙁 We were hoping to go this year and have been watching the website like crazy. We were super bummbed when we saw they were sold out! Wonder where the resale tickets will be of those not attending after all?

Last year in Minneapolis (I live near there) I was fortunate enough to go with my dad. We just showed up at the pool and bought tickets from people who canceled or couldn’t show up. Great experience, got to get pics with some Olympians.

How do we increase public interest in the sport when the public can’t watch our sport? Have they already booked the 2020 site? And if so is the same thing likely to happen?

Iowa again? That place stinks. Entire side with no seats.

Indy will probably be ok. Iowa in 2021 will be a problem.

I think they need to just allot 2-per-qualifier for their parents, and everyone else has to fight with the public. From talking to different people around different programs, what’s started happening is teams gobble up tickets for their alumni and friends and family friends and extended families and so on and so forth.

The sport is at a precipice. For a long, long time, it’s functioned in a world where everyone’s said things like “well alumni and extended families of athletes deserve to go before everyone else.” The sport has grown about as much as it can on that basis, so at some point, those people are going… Read more »

I had a great time as an alumni/spectator when NCAA was in Iowa City in 2015. Lots of bars, cheap drinks, great bookstore and cafe

Oh yes, I love Iowa City as a place. My comment was specifically with regards to the number of tickets that would be available, which 40% fewer than at Texas. In other words: unless you’ve got a team that can pull a ticket for you, don’t plan on going to men’s NCAAs in 2021.

Iowa City. Best college town in the world! My college (graduate) years and we lived there for 15 years. I drove 5-6 hours from MN to Iowa City from a business trip just to make it for the infamous all-Longhorn 100 fly finals and stay for Saturday. What an event! What a meet! Met Mel Stewart and still remember his disappointment when I introduced myself. Remember sitting across, behind glass wall (first day), with Eric Friedland, ex-200 breast NCAA champ, while he was giving me play-by-play commentary on Kevin Cordes’ 100 breast. Right after that race, Will Licon and Clark Smith’s father coming to meet me because they heard I was there from another parent. Never crossed my mind people… Read more »

or host at venue with more seats for general public to get in a lottery or something to get tickets. 🙂

I mean, there’s always been interest in this meet.