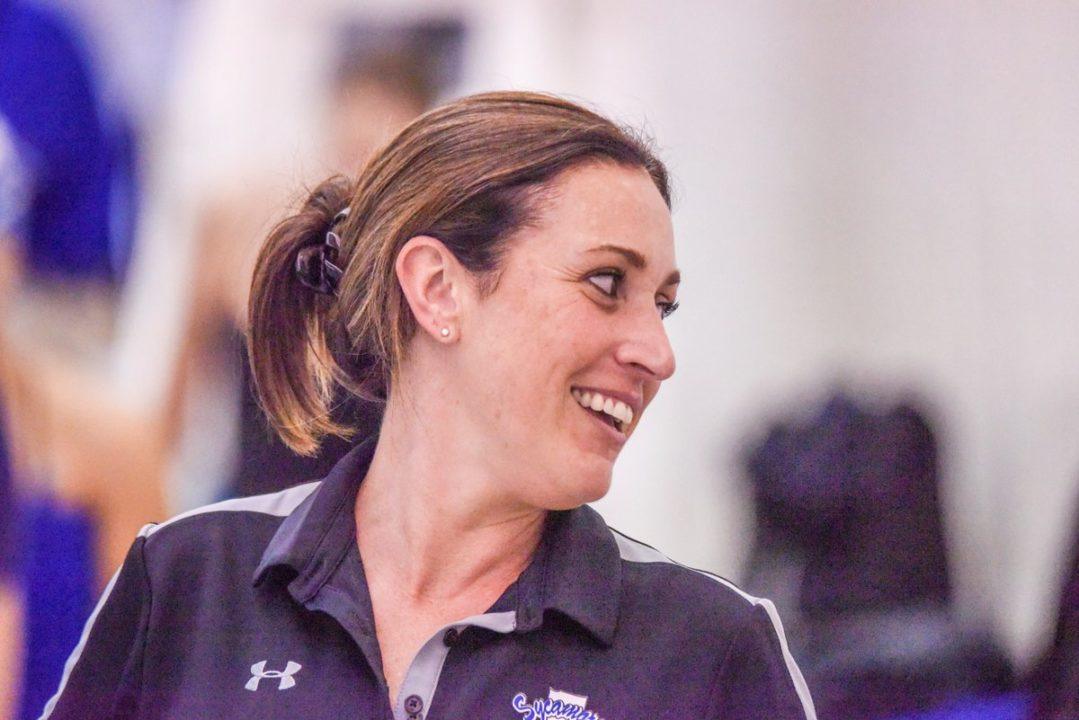 “I’d like to thank the athletics department and Josh Christensen for seeing me as the right fit for the assistant women’s swim coach position at Indiana State University,” Giesen said. “As a collegiate swimmer in the state of Indiana and a graduate of Indiana State University, this position feels like it was custom made for me. My family and I have always been strong supporters of the Sycamores and to be able to return to my alma mater as a coach is very exciting. It’s been a quick week jumping in and getting my feet wet, but I couldn’t be more impressed with the girls’ training and work ethic and with Coach Christensen’s creativity and ability as a head coach. We have high hopes and goals for this team and with the path they are on we expect to see great results this year.”

Giesen, wife of former Sycamore basketball player Brian Giesen (1997-2003), comes to Indiana State after a one year coaching stint with the Terre Haute Torpedoes where she was the lead coach for over 50 youth, ages 5-10.

“I am very excited to have Melissa joining our coaching staff,” Head Coach Josh Christensen said. “She’s a highly motivated, positive person with a strong work ethic. Having been an Olympic Trials Qualifier and Division I student-athlete, she understands what it takes to compete at this level, as well as the responsibilities and stressors our student-athletes will be dealing with throughout their collegiate careers. She’ll be an excellent mentor for the young ladies coming through our program. I am confident we will work well together for the benefit of our student-athletes and ISU Swimming & Diving.”

Prior to her time with the Terre Haute Torpedoes, Giesen worked as an instructor at the Vigo County YMCA where she developed high intensity workouts to help participants meet their fitness goals. She taught at First Friends Preschool from 2013-2015 after moving to Terre Haute from Texas in 2013. While in Texas she served as an age group coach for Blue Tide Aquatics from 2010-2012 and she also worked as a classroom teacher in Humble, Texas for nine years. She also served as the head coach for the Walden Waves swim team from 2002-2004, where she was responsible for instructing over 100 beginning swimmers.

After swimming at Indiana University from 1996-1998, she attended Indiana State from 1999-2001. She graduated from ISU with a degree in Education and a minor in Computer Science in 2001.

Giesen attended Gainesville High School in Florida and was the Florida State Champion in the 500-yard freestyle in 1996. During that same year she won Junior Nationals in the 500 and 1650-yard freestyle. Giesen also qualified for the 1996 Olympic Trials.

She and her husband Brian have 4 sons; Nathan, Tyler, Will, and Nolan. Nathan and Tyler carry on the tradition, and are swimmers for Terre Haute North.