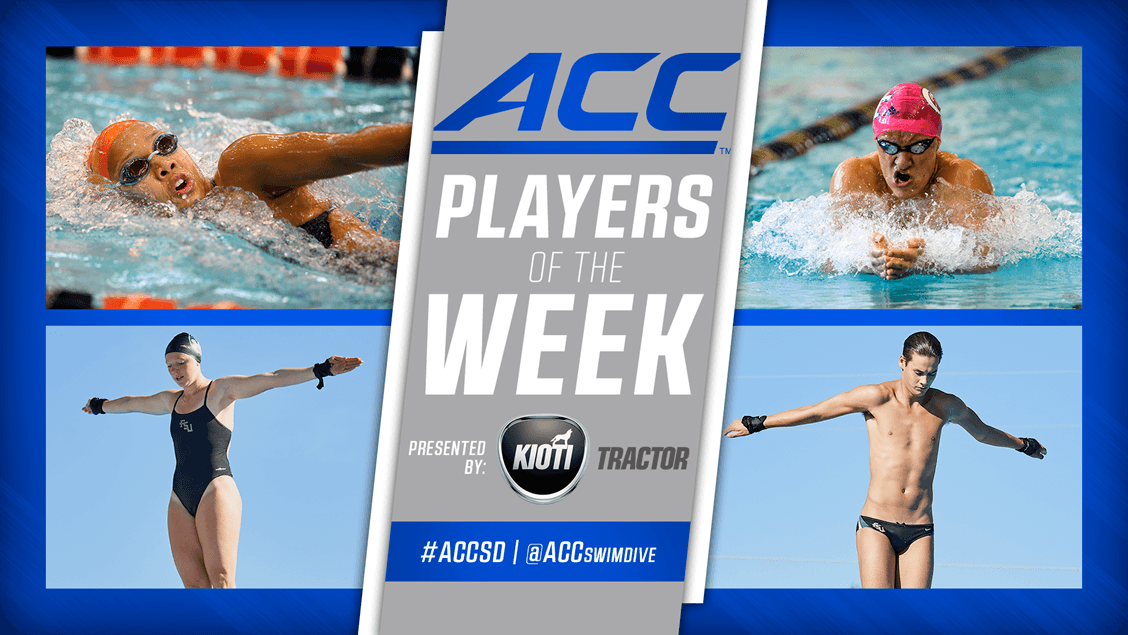 Hill turned in a stellar performance in the Cavalier’s win over Penn State. The junior from Olney, Maryland, won all four events she swam in for the Cavaliers, taking first in the 50 free, 100 free, 200 free and 400 free relay.

Carlson led a dominant effort by Florida State on the boards against Georgia Tech and Pitt this weekend, as the Seminoles defeated both ACC opponents. The junior from Toronto won both the 1-meter and the 3-meter events, and she took the 1-meter by 11.95 points and 3-meter by 26.35 over the Yellow Jackets’ Cami Hidalgo. Both of her scores were Zone B qualifiers.

Pumputis helped lead Georgia Tech to a 2-0 start over Florida State and Pitt. The sophomore from Sao Paulo, Brazil, earned first-place finishes in all his races this weekend. Pumputis also helped the men take first place in the 200 medley relay, posting a time of 1:29.37 alongside Rodrigo Correia, Christian Ferraro and Daniel Lim.

Faminoff was key in a phenomenal diving performance by the Seminoles their meet against Georgia Tech and Pitt. The junior from Victoria, British Columbia, won the 1-meter event with a score of 311.65. Faminoff also was part of Florida State taking three of the top four spots on the 3-meter. m will compete this weekend at the SMU Classic (Oct. 12-13) in Dallas, Texas.