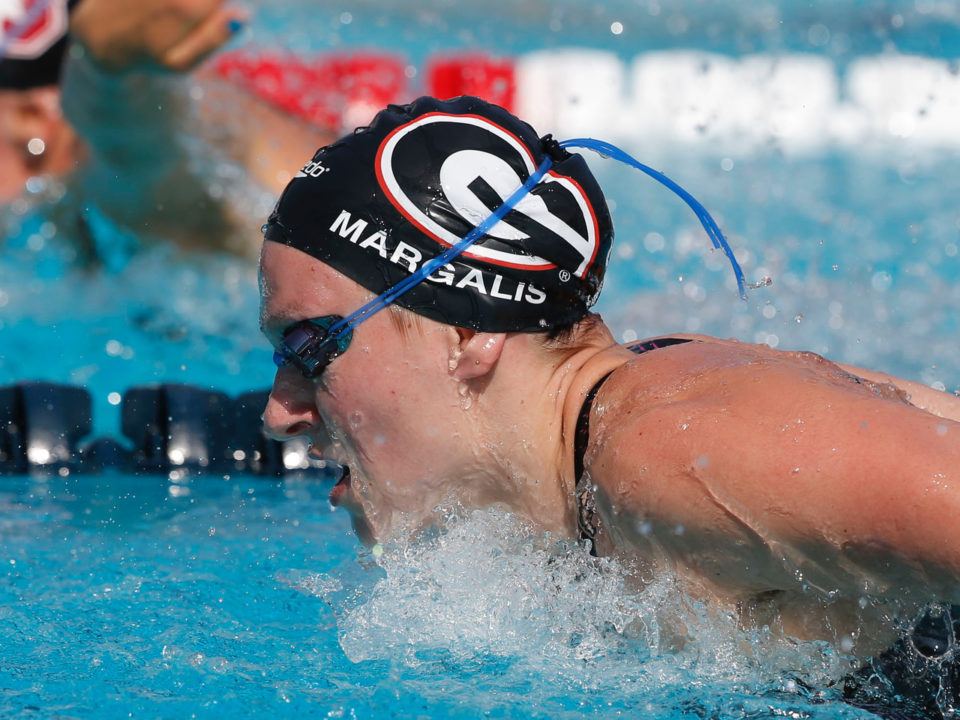 Melanie Margalis of Saint Petersburg Aquatics gave up her spot in the A final of the 200 breast to concentrate on the 400 free. Archive photo via Tim Binning/TheSwimPictures.com