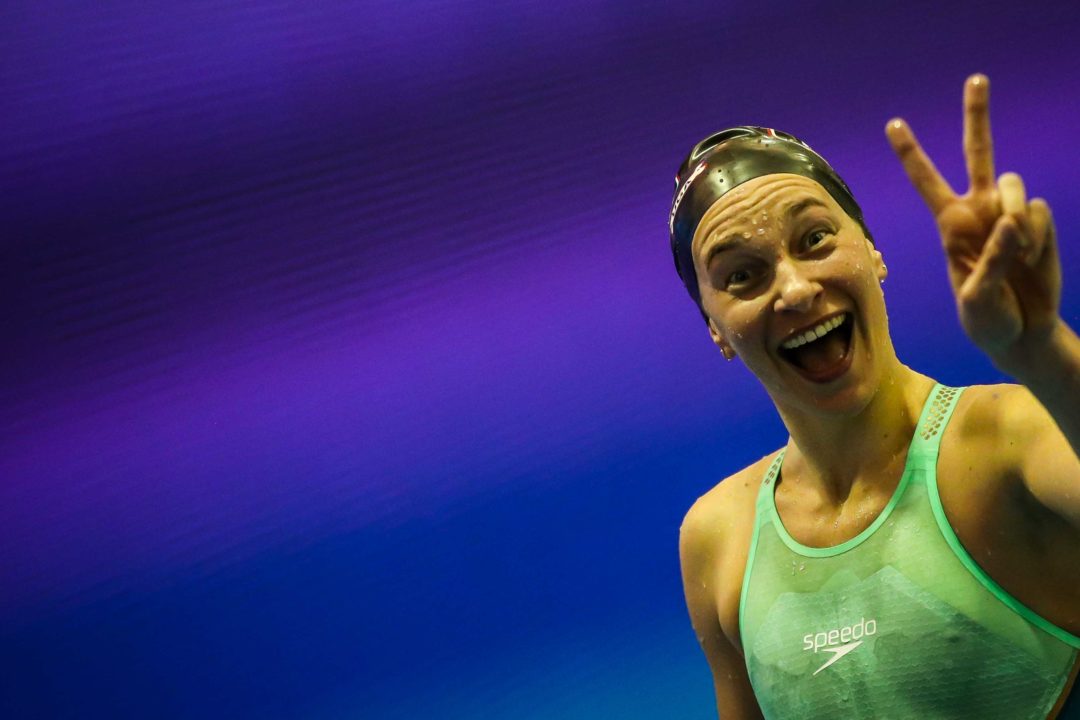 Margalis clocked a time of 2:04.06, improving on the 2:04.18 record she set during the Indianapolis match last season. Archive photo via Jack Spitser/Spitser Photography

Melanie Margalis is the first swimmer to break a major record during the second season of the International Swimming League, knocking off her own mark in the women’s 200 individual medley (SCM).

Margalis, 28, rattled off a time of 2:04.06 to win the event by close to two seconds, resetting her mark of 2:04.18 set at last season’s match in Indianapolis. Prior to that swim, Margalis had held the record at 2:04.62 from the 2018 Short Course World Championships in Hangzhou, China.

Competing for the Cali Condors, Margalis won the 200 IM in three of her four appearances last season, only falling to the London Roar’s Sydney Pickrem during the 2019 final in Las Vegas.

The time for Margalis registers as the 12th-fastest of all-time, with Hungarian Katinka Hosszu holding down the 11 fastest performances. Hosszu’s world record sits at 2:01.86 from 2014.

Abbie Wood of the New York Breakers was the runner-up in today’s event in a time of 2:05.89, while the LA Current’s Anastasia Gorbenko lowered her Israeli National Record for third in 2:06.46. The 17-year-old held the previous mark at 2:07.64 set last season in Budapest.

You can find full results of the event here.

She is incredible, especially in a format like this. She just never seems to get tired!