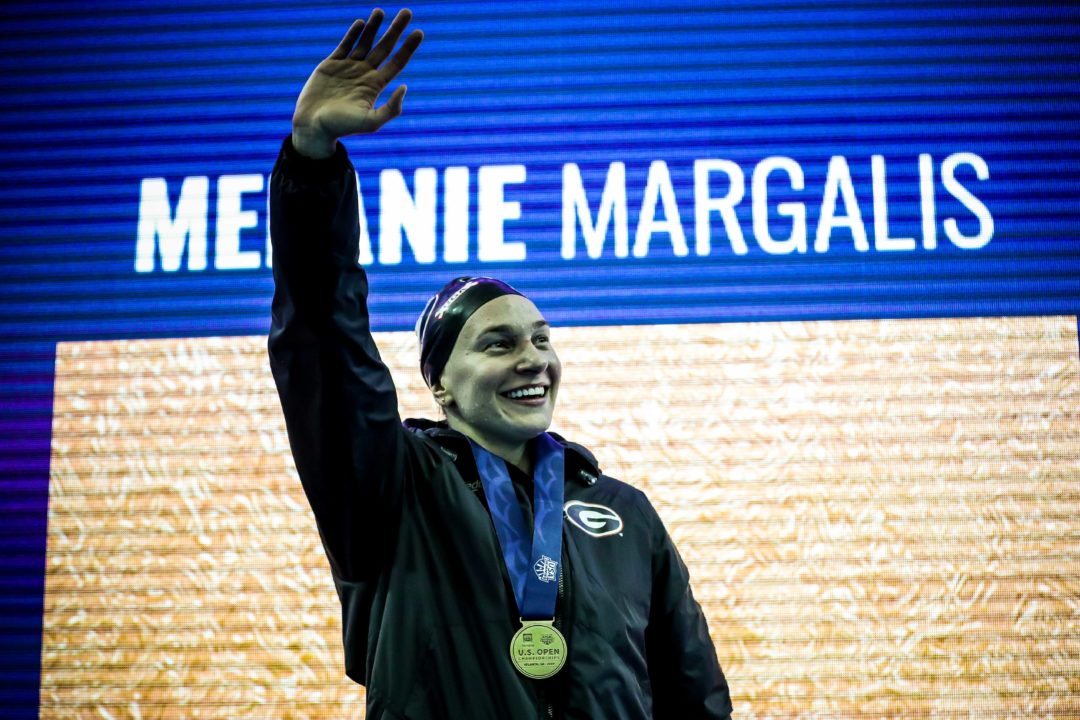 Melanie Margalis completed the trifecta on Tuesday, setting a new American Record in the women’s 100 IM to give her all three U.S. medley marks (SCM).

Sitting a close second to New York Breakers swimmer Abbie Wood after the first 50, Margalis managed to edge out the English swimmer at the wall in 57.94, becoming the first American under 58 in the event. Wood finished a close second in 58.16.

The previous American Record belonged to the now-retired Katie Meili, who clocked a time of 58.02 at the 2016 FINA World Cup event in Berlin.

Margalis, a member of the Cali Condors, came into the race with a PB of 58.32, set at the 2018 Short Course World Championships where she finished fourth.

The 100 IM was not included in the ISL program last season, so this was only Margalis’ second shot at the record since those 2018 Worlds. At the Condors’ first match, Margalis placed third behind Energy Standard’s Sarah Sjostrom (57.74) and the LA Current’s Anastasia Gorbenko (58.21) in 58.43.

Margalis jumps up from 18th to 12th in the all-time rankings.

Can’t wait to see her take golds in Tokyo

And not only is her swimmer spectacular, she is always smiling! Congratulations Melanie.