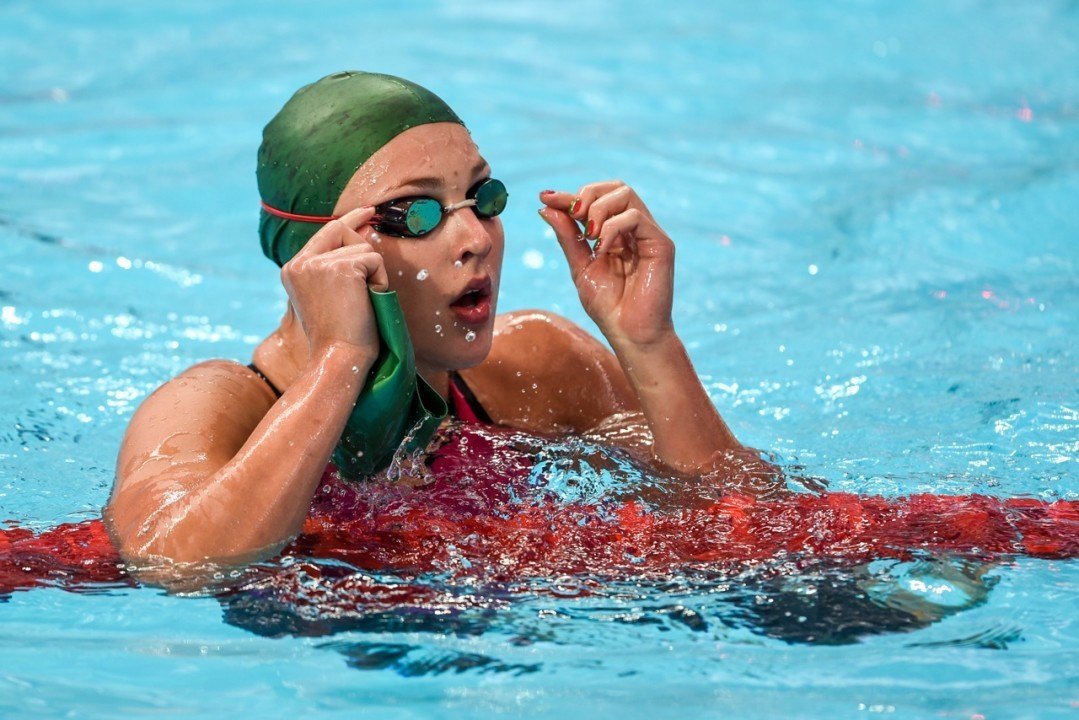 Reigning Olympic champion Ruta Meilutyte of Lithuania defended her top seed from prelims in the women’s 100 breast semi-finals, posting the top time of 1:06.16. That time eclipses the European Championship meet record previously held by Rikke Moller Pedersen of Denmark in 1:06.23. Pedersen posted that time in the final two years ago in Berlin where she won gold. Meilutyte didn’t compete.

Here’s a comparative look at Meilutyte’s splits tonight versus Pedersen’s from 2014:

That swim is just off Meilutyte’s best swim of 2016, achieved in March at 1:05.82. She’ll have a good shot at taking down that time in the final tomorrow night. She currently sits 3rd in the world behind only Yuliya Efimova of Russia (who is currently suspended after a positive doping test) and Lilly King of the United States.

The 100 is Meilutyte’s only event of the meet.