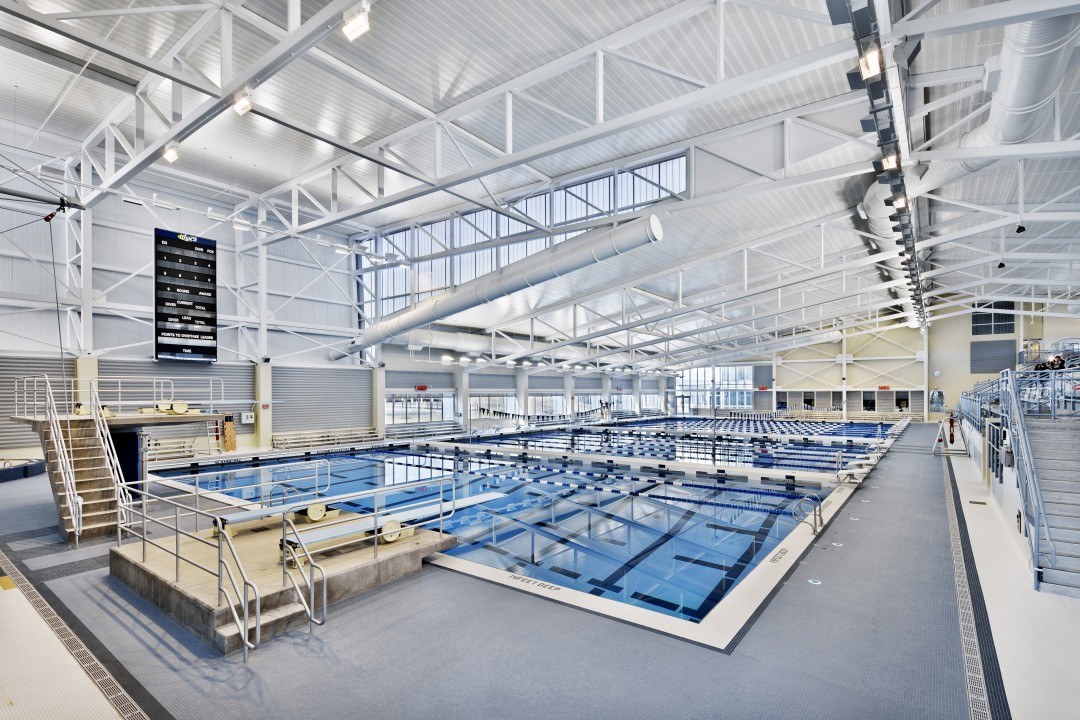 Deuel's highlight swim came in the 100 butterfly, where she dropped a lifetime best 52.95 to erase Kristen Romano's state record from 2016. Current photo via Sam Fentress Photography.

Senior Megan Deuel, a Notre Dame commit, led the way for Pittsford. Her highlight swim came in the 100 butterfly, where she dropped a lifetime best 52.95 to win by less than two-tenths over Sacred Heart Academy’s Tess Howley (a lifetime best 53.08). Both went under Kristen Romano’s 2016 state record of 53.13.

Winning the Outstanding Swimmer/Diver award was Northport-Commack’s Chloe Stepanek. The senior and Texas A&M commit broke her own state record in the 200 free, winning with a 1:46.15, while she added a 48.76 in the 100 free, just two-tenths off of Kate Douglass‘s 2016 state record. She dropped roughly a half-second in both events. On relays, Stepanek broke 23 seconds for the first time leading off Northport-Commack’s 200 free relay (22.82), and she anchored their 200 medley relay with a 22.52.

On that medley relay with Stepanek was Denise Phelan, who had the field’s best breaststroke split (27.99). The sophomore would go on to claim the 100 breast title, going 1:02.33 to edge Sleepy-Hastings-Edgemont-Irvin’s Ava Franks (1:02.99).

Deuel was also awarded the NYS Scholar-Athlete award for her achievements outside of the pool as well. Way to go Megan!

Awesome job Megan! 3 straight NYS championships in back and fly and NY Scholar Athlete Award winner to finish your career!

Why would anyone vote down on those comments? She’s a National Merit semifinalist, has an unweighted 99 average with tons of AP classes. Seriously, and someone needs to vote that down??? Remarkable student athlete for sure.

Because it seems a little but like bragging: singling out one swimmers academic success when multiple swimmers are mentioned in the recap article. A Notre Dame commit: tells me all I need to know about her academic ability. It’s a little superfluous to throw in more about only her academic achievement. Article is about more than one person.

I know this is off topic, but Gary Hall Jr just raced for the first time in forever against a swimmer for fun