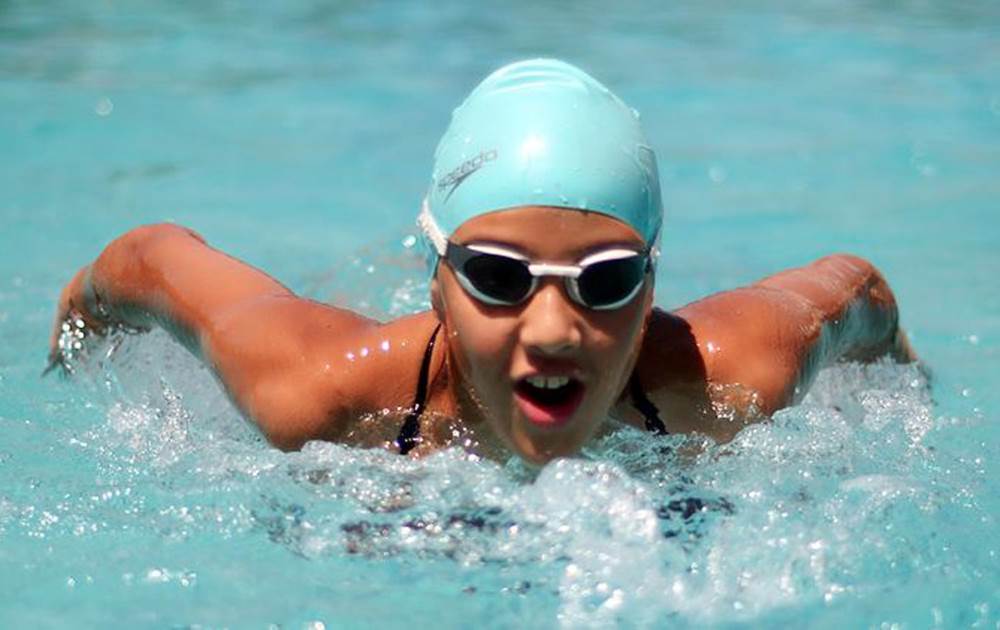 Nepalese swimmer Gaurika Singh is set to be the youngest competitor at the 2016 Olympic Games in Rio. Representing Nepal... Current photo via courtesy of Rio2016.com

Nepalese swimmer Gaurika Singh is set to be the youngest competitor at the 2016 Olympic Games in Rio. Representing Nepal in the sport of swimming, Singh is just 13 years old.

The young teenager already has international racing experience, having competed at last year’s World Championships. In Kazan, Singh finished 81st in the women’s 100m freestyle and 58th in the 100m backstroke. Remarkably, even Singh wasn’t the youngest at that competition. 10-year-old Alzain Tareq from Bahrain was the youngest to swim at a World Championships.

As far as an Olympic Games, there is no age minimum for swimmers having achieved Olympic-qualifying times. Singh be contesting the women’s 100m backstroke, an event in which she holds Nepal’s National Record (1:07.31).

While competing in Kathmandu for Nepal’s National Championships last April, Singh was present when a massive earthquake hit the region, resulting in approximtely 9,000 deaths.

“It was terrifying,” said Singh, who was in Nepal with her mother and little brother Sauren. “We were on the fifth floor of a building that we couldn’t escape from, so we sheltered under a table for 10 minutes in the middle of the room and had to go down the stairs afterwards amid the aftershocks.”

“Fortunately, it was a new building so it did not collapse like others around.” (Rio2016.com)

Singh takes to the Rio pool on Sunday for heats of the women’s 100m backstroke.

She is 13, she trains as hard as anyone, the Olympics is about inclusion not elitism

There are plenty of kids in the US who train hard and go that time or faster.

Its all about representing a nation. If there are best performers in US who could win gold! then why would you risk by sending 13 yrs old to have record. If you organize swimming competition for 13 yrs world wide, Its Gaurika luck, she will be competiting there as well.Gaurika is the best swimmer in Nepal so she got her chance early! whereas you could only hope the 13 yrs old girls from US having better record then Gaurika to try harder to compete in near future!

This is not awesome…. This is diminishing competition… If she were to have an A or B limit, this would’ve been great.. But competing just to be there… I feel that this ignores the hard work some have put in, but aren’t able to compete, because of rules like , max two athletes with A limits, non members of IOC country citizens, A time performers being 3rd in a highly populated country…

All the best Gaurika and entire nation is with you????

ALL THE BEST GAURIKA!!
MAKE US PROUD! MAKE THE NATION PROUD!

That’s the 58th best timing in qualifiers in the planet last year. So why is that LMAO?

Not sure where you got this stat from but you need to get your facts straight Enrique. There were 155 American women who swam faster times than this just at trials…

According to USA Swimming, there are approximately 41 registered female swimmers, age 13 or lower, with times faster than 1:07.30 this LCM season. The OST B cut is 1:02.36. Like the young lady from Bahrain in last year’s Worlds, this is nothing more than a feel good story. Great experience for this young lady. Hopefully, it helps propel her to achieve more in her life.

So why didn’t they all qualify for Olympics? For your kind information she is not a wild card entry, but she qualified and was in fact stood 58 in FINA world championships on doing so. And the kid from baharine is a boy. So you need to get your point straight here.

I’m not talking about 13 year olds, I’m talking about open. There are girls on my own team that go that, so let’s not flip out about this girl. That’s why lmoa

So you could not to any better in your life that’s why you are crying out loud here. I feel really bad about your life. Yeah I know when you can’t do any better with your life you whine a lot. Get jealous with 13 years old who did better than you in your life. Oh man I feel bad for you now. May god help you with your future. May you win local competitions. PEACE

I wanted to know her times.

This is the best of what the games represent…not every Olympian is gunning for gold medals and international stardom. Best of luck to the young Ms. Singh, you are doing your country proud!

I agree that it’s good to see a variance in competition but I also think it’s important to keep the Olympics elite. It’s a great experience for her but I believe the Olympics can’t become an all inclusive event where if you complete an event you get to attend because your country doesn’t have a large infrastructure. Still I wish you the best of luck.

But, Louie, she has achieved the Olympic qualifying times, so she has every right to be there, she is an elite. If she didn’t have the cut time, then no. but She she did…she’s entirely qualified to be there. I wish her the very best.