Dive Into the Records with Barry Revzin 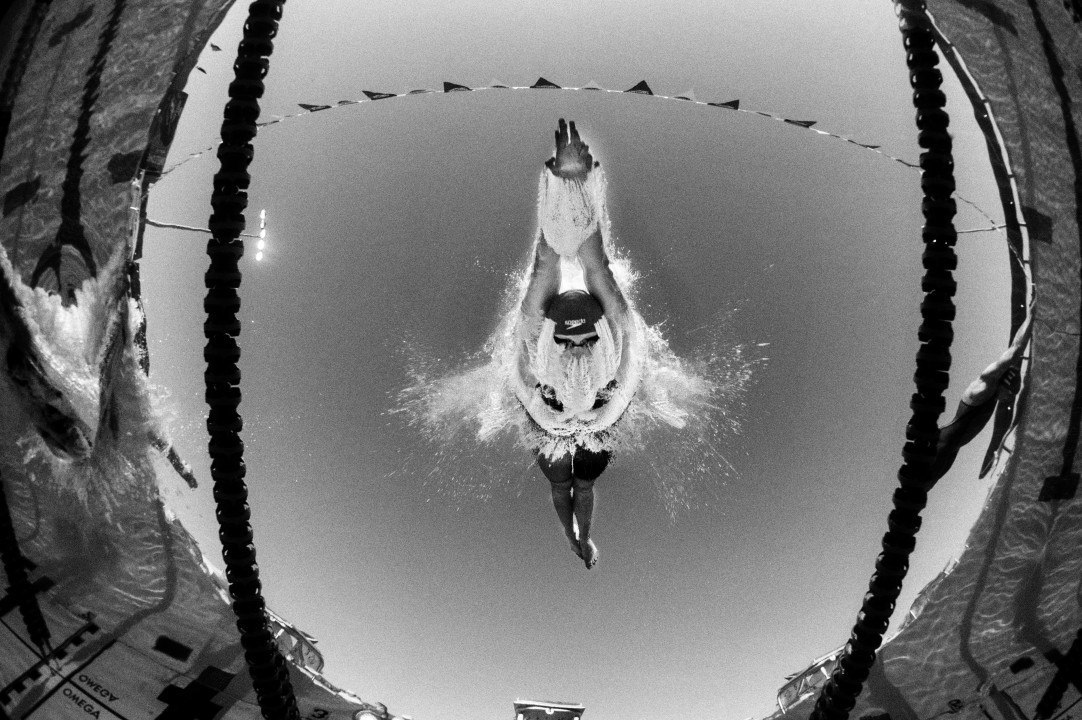 Barry Revzin shares with us the world records progressions over the year, with graphs and explanations. Current photo via Mike Lewis/Ola Vista Photography

This is a narrative article, written by Barry Revzin.

I took some time to look at the World Record progressions in all of the modern long course meter events. It’s the most complete data set that I has ready access to and there’s a lot of interesting data in there begging to be visualized.

A good place to start is – just how often are world records broken? How many times has it happened? Here is a chart of the number of records by year since the start of official tracking.

These are questions that probably lead to interesting answers. But first, simply looking at the number of world records broken in a year is a little skewed. Not all world records are equal – Paul Biedermann breaking Ian Thorpe‘s 400 free record by 0.01 isn’t quite the same as his breaking Michael Phelps‘ 200 free record by nearly a full second in a much shorter race. So let’s scale the records by the percent improvement and see what we get:

If anything, scaled appropriately both the 1976 peak and the 2008-2009 suit era look even more outlandish. It’s easy to see how much time was dropped from the record books in such a short time period compared to the two decades prior.

What I find especially fascinating about this graph is the surprise negative peak in 1952.

Indeed, sometimes records do go backwards when rules change (in this case, when breaststroke was no longer allowed to be butterfly). I’ll have more to say about the men’s 200 breaststroke in a future email. Here on out, I will ignore all world records that ended up being nullified later to make sure that all the records get strictly better with time.
How can we compare world records to each other? Or, more broadly, different swimmers’ impacts on their events? One way is to simply look at how much time that swimmer has dropped over the course of their record breaking.

Katie Ledecky has broken the world record in the 800 free four times (for now), but rather than look at each break separately, it makes more sense to simply state that she has reduced the record from 8:14.10 to 8:06.68, for a total drop of 1.50%.

Add another to list of Michael Phelps superlatives – he’s on here four times! Notably, of the 12 cases, 7 are from the suit era (indicated in bold). Keep in mind that these are only for records broken after 1976, as that year was a game changer for the swimming record books.

As we can see from this plot, while the world record keeps improving over time, the amount of improvement gets progressively smaller and smaller. The curves look very similar to exponential decay. The exponential curves (indicated by the dotted lines) give a remarkably good fit to these progresses. The proportion of variance explained by this model (the R-squared) is 97.2% for the men and 94.9% for the women.

If we projected forward to Rio, this model would guess that the world record would be 46.37 for the men and 53.31 for the women. The former would likely be the swim of the meet, while the latter may not even medal! No model is perfect.

But the high R-squared isn’t enough of itself to suggest that this is a good model. Just looking at the plot, it looks like there’s a little more going on. Something changed in the 1950s that had a profound impact on the 100 freestyle, both men and women: the introduction of the flip turn in the 1956 Olympics!

As we can see, the dotted line fits match the data much better. The new R-squared are higher (98.5% for the men and 98.0% for the women), as are the predictions for Rio: 46.92 for the men and 52.48 for the women. The men’s record is basically on the dot, the women’s didn’t quite keep up with Britta Steffen and Cate Campbell. But it does get into the 51s pretty quick!

But the most intriguing event for me personally is in the women’s 800 Free. After the men’s 400, this is the second most aggressive modeled prediction for the world record come Rio. It is intriguing for its prediction (an 8:03.85 which is both completely unbelievable and yet strangely believable at the same time), its goodness of fit (an R-squared of 99.2%) and what the data itself look like.

I have no explanation for this at all. But it’s pretty awesome. Which, fittingly, describes how I feel about Katie Ledecky.

This article is written by Barry Revzin with help from Jennifer La’O:

Great article! Would be interesting to see this analysis for multiple other events and look any differences in decay rates among them.

This is great – I hope swimswam continues to have articles on swimming statistics in the future.

Agreed, this kind of stuff is super interesting. I agree with what Kirk said about other events.