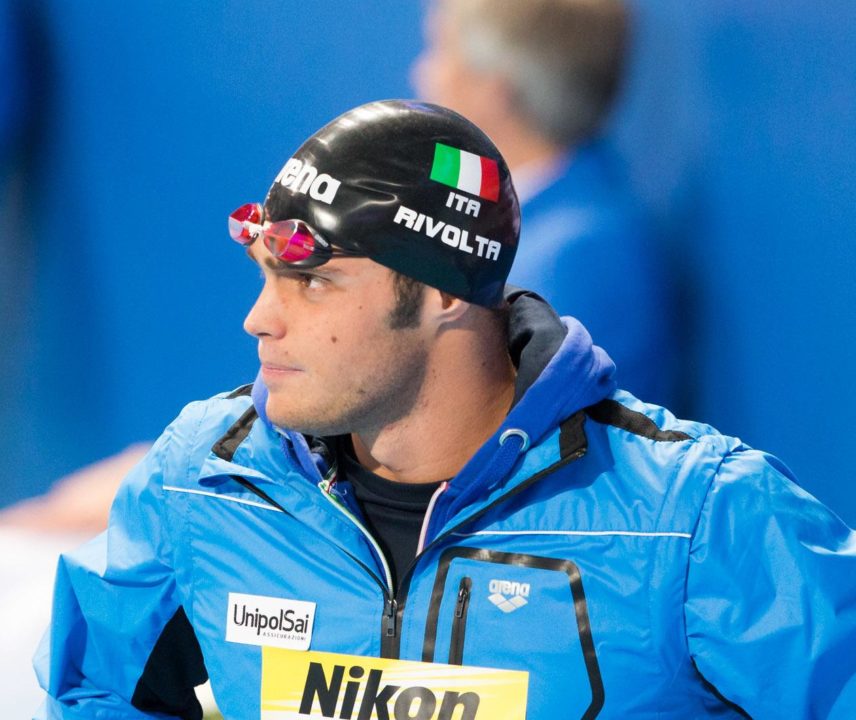 Italian swimmer Matteo Rivolta has broken his own Italian National Record in the 100 short course meters butterfly swimming on the 2nd day of the 2017 FINA World Cup – Eindhoven.

Rivolta swam a 49.54 in the final, which put him 2nd behind only the World Record holder Chad le Clos in 49.09. His old record of 49.55 was done in 2015 at the European Short Course Championships in Netanya, Israel where Rivolta swam the three-fastest times of his career.

Rivolta split this race almost identically to his old record.

He missed the Italian team for the World Championships after swimming just a 52.12 (LCM) at the Italian Trials. Instead, the two spots went to Giacomo Carini, who was just 35th in prelims at Worlds, and Piero Codia, who broke thee National Record in prelims with a 51.09 before adding time and missing out on the final as well. Rivolta beat Carini at that Trials meet, but Carini made the team by winning the 200 fly and took the 100 as a bonus event.

Rivolta is the only Italian swimmer to have broken 50 seconds in this race, and has now the 8 fastest times in Italian history in short course. He’s held the National Record in the event since December 12th, 2012, when he broke Joseph Davide Natullo’s old record with a 51.10. That 51.10 now wouldn’t even be the Italian Record in long course (where times are typically slower).