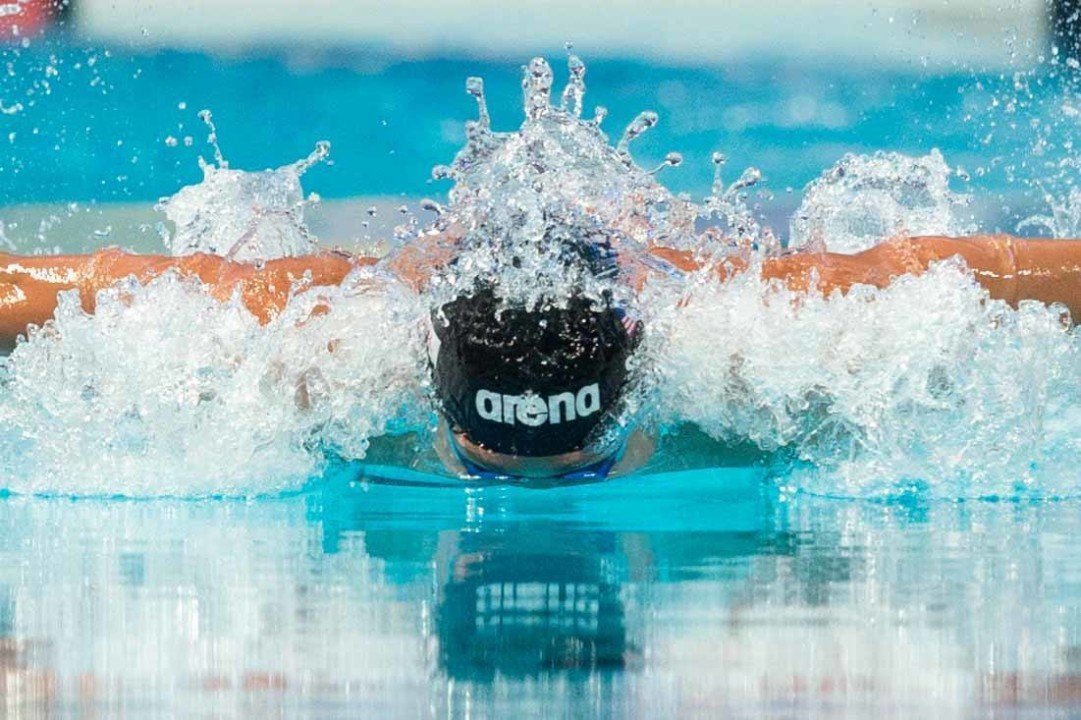 Russia's Daniil Markov will just be taking on the 50 fly final tonight and forgoing his spot in the 50m free semi-finals. Stock photo via Mike Lewis/Ola Vista Photography

The penultimate night of Youth Olympic Games finals is slated to take place in Buenos Aires in just a few hours, with another round of thrilling races on the docket. Among them is the men’s 50m fly, which sets up on-fire Italian Thomas Ceccon against Russians Daniil Markov and Andrei Minakov, along with Hungarian World Junior Record holder Kristof Milak.

For his part, 18-year-0ld Markov has decided to solely focus on this fly sprint giving up his 7th seed in the men’s 100m freestyle semi-final also on tap for tonight. That bumps 16-year-old Armenian Artur Barseghyan into the 1free semi’s.

On the women’s side, all fields remain in tact save for the women’s 50m freestyle semi-final, which experienced a withdrawal from Germany’s Angelina Koehler. Instead, the 17-year-old will be going all-in on the women’s 100m fly semi-final, an event in which she holds the top seed from the morning’s heats. Moving into the free in her stead is 15-year-old Alena Semizhon of Belarus.

My goodness. How lazy does a fellow have to be to drop the 1m Free?

i have a strong feeling people dont read your comment properly..or they might just have no humour