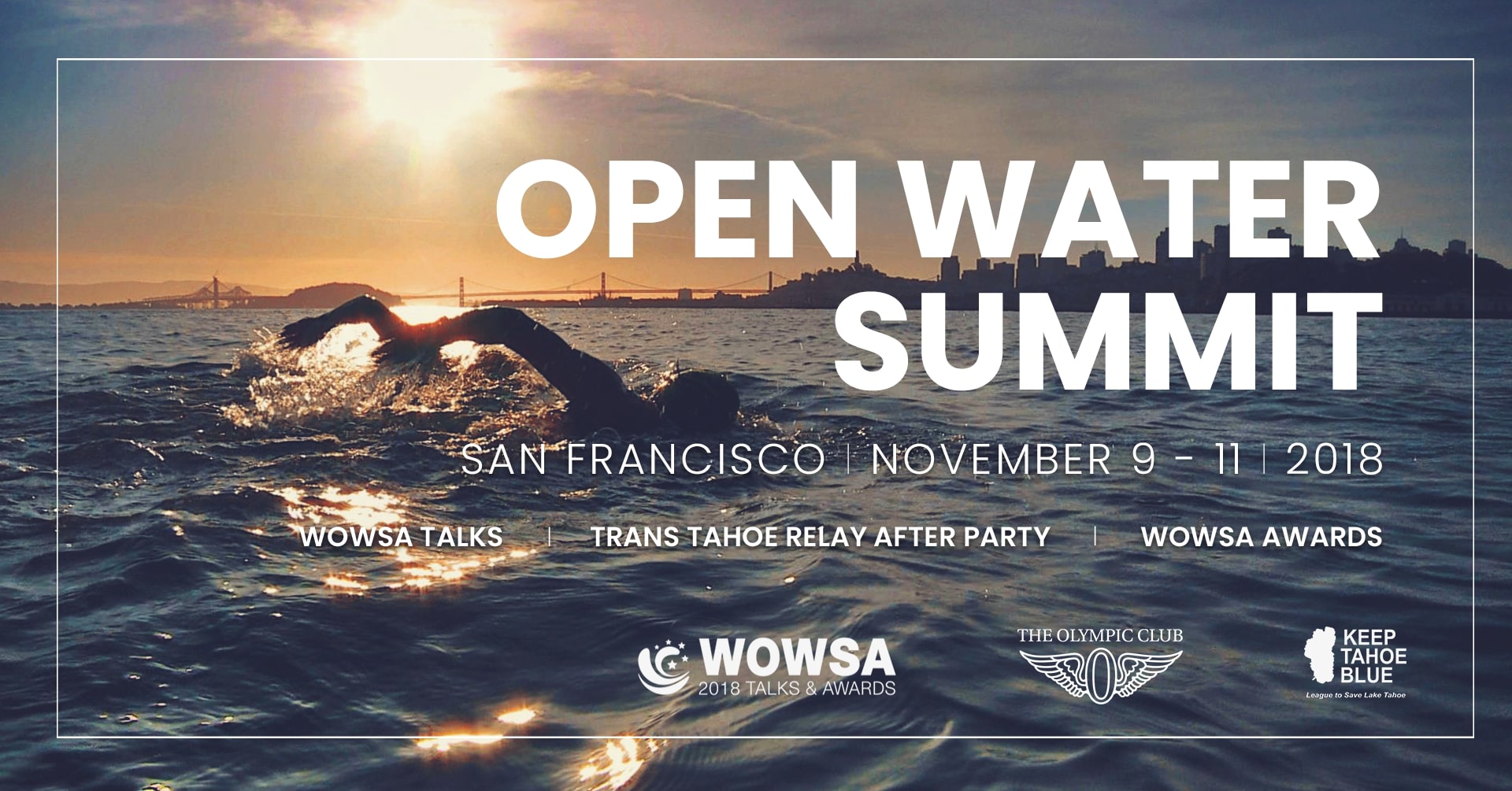 The World Open Water Swimming Association will recognize the sport’s top performers from 2018 at The Olympic Club in San Francisco. Stock photo via WOWSA

Tokyo, Japan will host the 2020 Olympic Games in 2021, but they are one of hundreds of cities globally facing an uncertain hosting future due to the COVID-19 outbreak.

SAN FRANCISCO, CALIFORNIA, September 24, 2018 – The World Open Water Swimming Association (WOWSA) will host its annual Awards & Conference at The Olympic Club – 524 Post Street. Luminaries from five continents will descend on San Francisco November 10th to honor the historic swims of 2018, celebrate the Bay Area’s unique role in swimming history, champion efforts to preserve our marine ecosystems, and hear from inspirational pioneers shaping the future of the fastest growing sport on the planet. But more than a conference and awards night, the event will serve as an after party for all open water events of 2018 in the Bay Area, the US and around the world.

Also known as the TED Talks of open water swimming, the 2018 WOWSA Talks at The Olympic
Club will assemble some of the most inspiring individuals in the world of open water swimming.
Icons of the sport will explain how they’ve battled immense personal challenges to achieve greatness.
Learn why they continue to push human limits, whether it’s to affect global change, like Lewis Pugh
–United Nations Patron of the Oceans–or face near-death experiences like Kim Chambers​–only
woman to swim 29 miles from shark inhabited Farallons–or to chase that elusive flow state like
Aaron Peirsol​–5 time Olympic Gold Medalist and World Record holder.

Participants will also hear from organizers of the sport, who have dedicated themselves to
popularizing open water swimming. Steven Munatones​ will explain the decades long battle to make
open water swimming an Olympic sport. Shelley Taylor Smith​ will recount how she broke down
gender barriers to equalize prize money for women. Ram Barkai​ will share his vision for making Ice
Swimming the world’s most extreme sport. Evan Morrison​ will describe how marathon swimming
is being standardized and its swims being authenticated. After each group of speakers, renowned
sports columnist for The New York Times, Adam Skolnick​, will moderate a probing Q&A session.

The WOWSA Awards ceremony, for its part, will recognize the best of the year in four categories,
including Jaimie Monahan​ (Woman of the Year), the first human in history to complete the so-called
Ice Sevens; Antonio Argüelles​ (Man of the Year) the oldest person to have completed the Oceans
Seven (at the age of 58); Margarita Llorens Bagur​ (Performance of the Year) who carried out a
remarkable, albeit unsuccessful, 37-hour channel swim attempt; and Adrian Sarchet and James
Harrison for Sea Donkey, an emotional documentary film about crossing the North Channel.

The location of this year’s events, The Olympic Club​ in San Francisco, was chosen for a reason: the
Bay Area boasts the largest open water community in the US and is known internationally as the
epicenter of open water swimming. Three storied clubs—The Olympic Club (1860), South End
Rowing Club​ (1873) and Dolphin Club​ (1877)—have produced some of the world’s most adventurous open water swimmers for over a century and train the largest concentration of channel
swimmers anywhere in the world.

Honoring the greater Bay Area open water community, The Olympic Club is partnering with the
League to Save Lake Tahoe to celebrate the The Trans Tahoe Relay– the world’s largest open water
relay event. Edward Rudloff Jr​., former Olympic Club President and founding participant of the
first Trans Tahoe Relay, will give a brief history on the 42 year old race and present the Trans Tahoe
Relay Awards.

WOWSA was founded in 2005 by Steven Munatones as a much needed umbrella organization for the
over 15,000 open water races held annually around the world. In the last 13 years, Munatones has
worked towards standardizing the rules and results, establishing globally adopted vernacular, and
publicizing open water events and champions on The Daily News of Open Water Swimming and The
Open Water Swimming Magazine. In the process, he has developed a vibrant and active membership
of over 70,000 and organizes the sport’s two signature events: WOWSA Talks & WOWSA Awards.