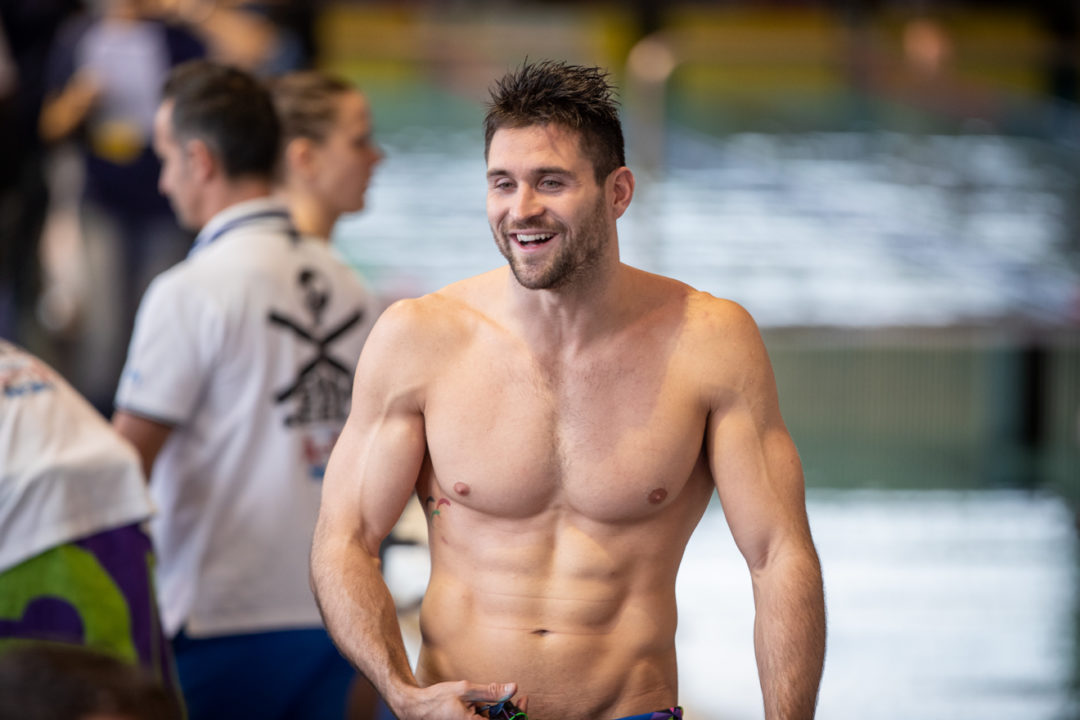 Orsi has earned major medals in both long course and short course, but the short course format (25 meter pools) of the ISL has been his strength. Archive photo via “Rafael/Domeyko Photography”

Marco Orsi will join Iron of the International Swimming League (ISL) for season 2, SwimSwam Italia’s Giusy Cisale reports. This will be Orsi’s first ISL appearance after he sat out season 1, as did many other of Italy’s top swimmers.

The 29-year old Orsi has earned major medals in both long course and short course, but the short course format (25 meter pools) of the ISL has been his strength. Of his 24 European medals, 22 have come in short course. That includes winning individual European titles in the 100 free in 2015 and the 100 IM in 2017.

Orsi is currently the Italian Record holder in both the 50 free and 100 IM in short course meters.

The Italian is the first named swimmer for Iron for the 2020 season. After the global coronavirus pandemic impacted the league’s plan to expand to a 6 month season beginning this fall, teams, for the most part, stopped announcing their rosters of athletes. The league had set a June timeline for those announcements, but the month is almost over without any indication that teams are prepared for that.

The team, which is led by GM Dorina Szekeres and captain Katinka Hosszu, was the 5th-best out of 8 in the first season of the ISL. In their 3 meets last season, Iron finished in 3rd place on 2 occasions and in 2nd place on another occasion, at the team’s ‘home meet’ in Budapest.

While Iron had a number of the biggest stars in the league last season, including high scorers Hosszu, Vlad Morozov, and Ranomi Kromowidjojo, they lacked the depth of the four teams ahead of them. This frequently was obvious in relays where, for one example, at the European derby, the women’s 400 free relays finished 5th and 7th out of 8 teams.

The only two teams that have revealed significant portions of their rosters are the Toronto Titans and Energy Standard, both clubs that began announcing athlete signings before the change in plans.

Orsi has versatile speed that served Iron well last season with the likes of Morozov and Kromowidjojo. While his sprint freestyle times have fallen off in recent years, he’s become more versatile. With the addition of the 100 IM to the ISL schedule this season, that versatility becomes even more valuable.

An exact plan for the 2020 ISL season has not yet been announced, but early commentary from the league indicated that it would include a 6 week training camp beginning around early October where all athletes and coaches would be isolated in a single location and meets would be swum without spectators. The league’s founder and financer Konstantin Gregorishin initially posited Australia as the most likely source for that event to take place, with the possibility floated of a standalone championship event after that camp in another location.

Other changes for the 2nd season include the introduction of ‘jackpot times’ that reward swimmers for big margins of victory.

Is ISL still going on?

They’re still updating their own Wikipedia pages. So, seems to be. That’s about the best we get from them though.

Any update on the new Japanese team? Haven’t heard anything about it.