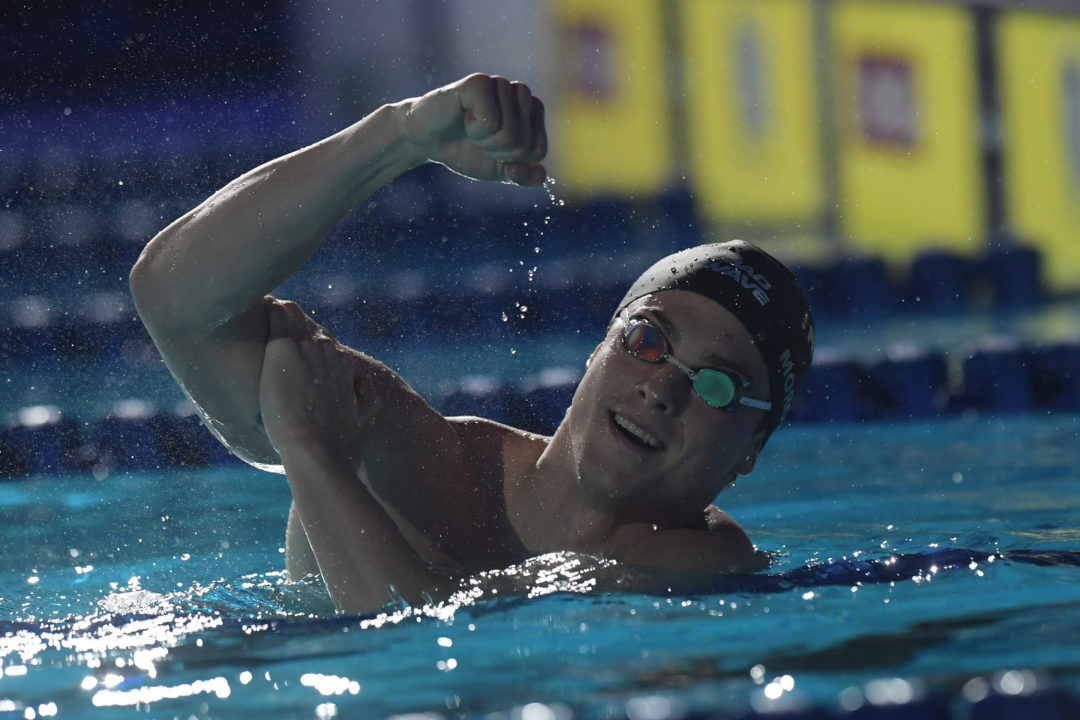 World Record holder Vlad Morozov becomes even more valuable in year 2 of the ISL thanks to the addition of the ultimate sprint event: the 100 IM. Archive photo via Gian Mattia D'Alberto/LaPresse

The International Swimming League (ISL) will add the 100 IM to its schedule for the 2020-2021 season according to Toronto Titans general manager Robert Kent.

While details about change for the new season of ISL have been very hard to come by, and the league itself has declined requests for more information, the general manager of the league’s newest team told SwimSwam on Thursday that the league will be adding at least one new event to its schedule: the 100 IM.

This addition of this event, which only exists in short course pools, also confirms that the ISL will continue to use short course meters events in year 2. Originally, the ISL announced a plan to let host teams choose between short course and long course meters, but that plan was quickly scrapped in favor of an all-short course format.

At the most recent World Short Course Swimming Championships, the 100 IM men’s title was won by Russia’s Kliment Kolsenikov (Energy Standard), with silver going to Marco Orsi (didn’t participate in year 1) and bronze going to Hiromasa Fujimori (didn’t participate in year 1). Fujimori has received a doping suspension since that bronze medal and is ineligible for ISL competition.

Other big names who are likely to contend in the 100 IM are Michael Andrew (New York Breakers), the 2016 World Champion in the event, and the World Record holder Vlad Morozov (No announcement this year, but a member of Iron last year). Morozov (#1), Orsi (#8), and Florent Manaudou (Energy Standard, #7) are the only swimmers among the top 10 all-time that are both still active and ISL eligible.

On the women’s side, Katinka Hosszu is the dominant force after going undefeated in both the 200 IM and 400 IM in her first ISL season. She is the 4-time defending World Champion in the event and is also a 4-time European Champion, in addition to being the World Record holder.

The wildcards in the races will be the American swimmers, as the event is not given much credence among elite swimmers, philosophically, in the U.S. Caeleb Dressel will be a contender, for example, and possibly a World Record breaker if he chose to swim the event.

Long a favorite of summer league competitors, the 100 IM is held at most international championship events outside of the United States. That includes the European Championships and the World Championships.

The only other clue we’ve gotten about what year 2 will look like is that Energy Standard says they believe Scottish breaststroker Imogen Clark will be “especially valuable” in the new season “with some exciting changes to the @iswimleague format.”

And honestly I think all swim fans want to see Dressel v. Manaudou v. Morozov v. Andrew. Not sure who the favorite would be there.

Dressel is the favorite. His explosiveness makes makes him a short course monster.

Morozov has insane explosiveness in short course also. And Andrew is an all around sprint star. And Manaudou is just a beast. I don’t think you can say Dressel is a favorite, especially with backstroke being a relative weakness for him.

I don’t think Dressel is guaranteed to win, but I think you can definitely say that Dressel is a favorite, maybe even *the favorite*.

My gut is telling me Andrew is the favorite. Especially after seeing his great swims at the recent PSS. I think he has taken it to the next level after adding weights to his routine.
I’m just excited to see this event being added.

100 IM is hands down the most fun event to swim.

Ok this is amazing