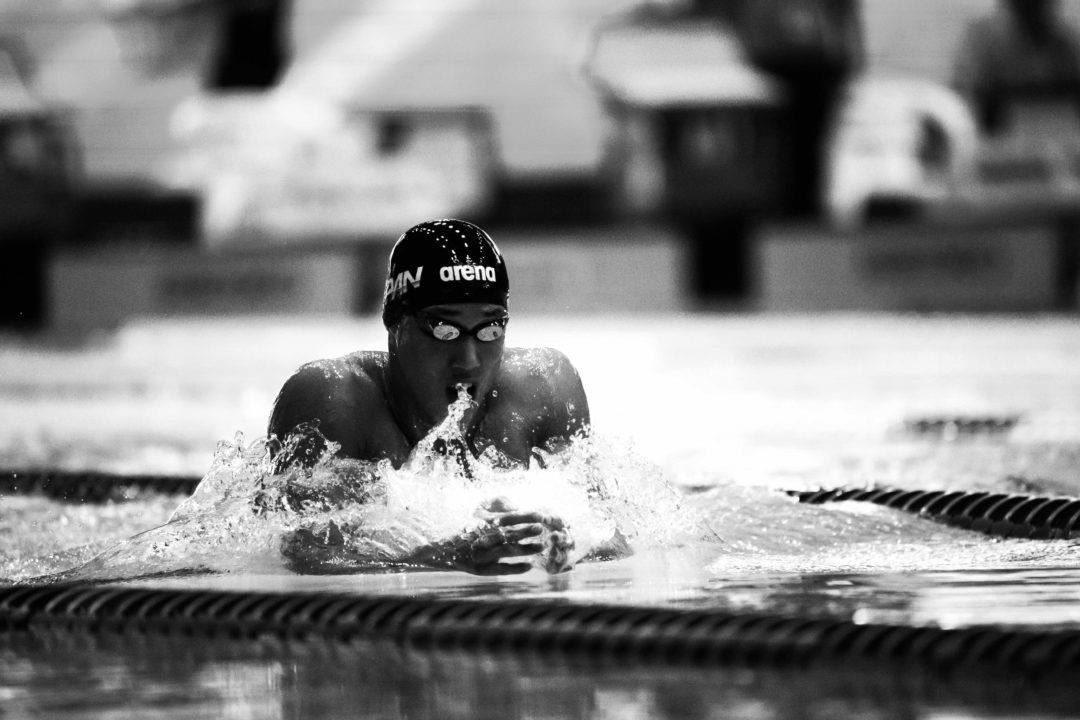 Fujimori, who was 4th in the 200 IM at the 2016 Olympic Games, will serve a 2 year suspension that expires at the end of 2020. Archive photo via Mike Lewis/Ola Vista Photography

Japanese swimmer Hiromasa Fujimori lost his appeal in front of the Court of Arbitration for Sport (CAS) against a FINA doping suspension.

The 28-year old Fujimori tested positive for the banned substance methylephedrine during the 2018 FINA World Short Course Swimming Championships in Hangzhou, China. At that meet, he finished 3rd in both the 100 IM and 200 IM.

On August 27th, 2019, the FINA Doping Panel issues Fujimori a two-year period of ineligibility that was back-dated to January 1st, 2019. As part of his appeal, he requested that the 2-year ban be reduced to “a reprimand or a period of ineligibility of between 3 and 6 months, or a maximum of 12 months commencing on 14 December 2018.”

He argued in the appeal that the positive test came from the ingestion of ‘potentially contaminated rice balls’ the day before the test.

The sole CAS arbitrator in the case concluded that this was not a plausible source of the contamination. Under anti-doping sentencing rules, the maximum 4-year suspension for a first test can be reduced to 2 years if the presiding authority believes that the athlete did not intentionally dope (a bar that has generally been applied at a very low level), but to further reduce the sentence requires an explanation of a source of contamination (though those standards aren’t always equitably applied either).

Methylephedrine is classed as a stimulant.

Previous claims of food contamination in China have been used to attempt to reduce, or even eliminate, doping suspensions, most famously in the cycling community with Spanish cyclist Alberto Contador, a two-time Tour de France winner (after having his 3rd title in 2010 stripped). Volleyball player Miriam Sylla had her doping case dropped in 2017 after authorities believed her contaminated food case. In those food contamination cases specifically, clenbuterol has been the most frequent target, with Chinese livestock farmers being known for using the substance in their animals.

Methylephedrine is a common ingredient in over-the-counter medicinal products and supplements, and the amount in Fujimori’s sample was described as “vanishingly small.” FINA, in its original ruling, made a strong case to reduce Fujimori’s suspension, including demonstrating the care, in general, he took with testing his supplements, but ultimately ruled that they did not consider the circumstances to be “exceptional.”

Fujimori’s suspension will expire on January 1, 2021, after the Olympic Games but before the Japan-hosted 2021 World Championships.

sun yang test positive in 2014, got a ban far lighter than this (3 months served in secrecy, over a time period that covered no international competition), then broke the anti doping rules again in 2018. hence, an 8 year sentence

We really blaming our rice now

Jeez, reading the last part of this article makes it hard to see why he wasn’t able to convince them like many others seem to have