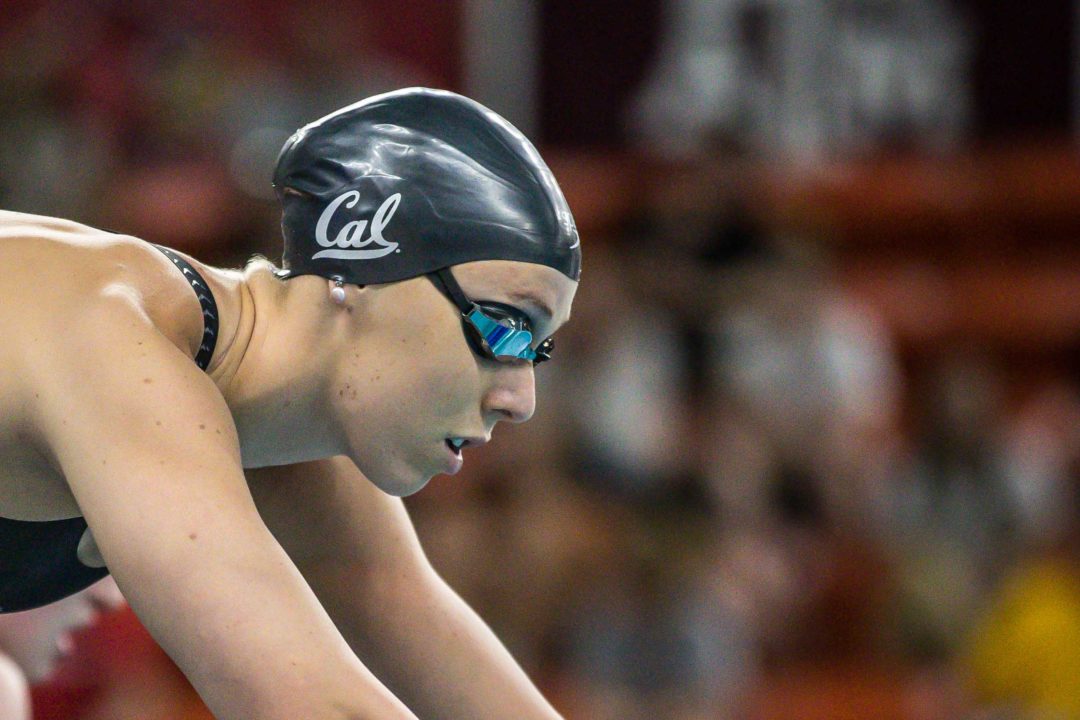 Weitzeil, who on Thursday became the first woman under 21 seconds in the 50-yard freestyle, contested that event again in meters, going 24.70. Archive photo via Jack Spitser/Spitser Photography

This morning, Minnesota held a time trials session with the pool in long course for swimmers to notch U.S. Olympic Trials cuts and/or have the opportunity to get some suited LCM racing in.

Two of the biggest swims came from the two sprinters who were very impressive this meet: Cal’s Abbey Weitzeil and Michigan’s Maggie Macneil.

Weitzeil, who on Thursday became the first woman under 21 seconds in the 50-yard freestyle, contested that event again in meters, going 24.70. That’s a solid time for her, leaving her third amongst Americans this season behind Simone Manuel (24.43) and Erika Brown (24.58), who went those times this weekend at the U.S. Open in Atlanta. Teenager Gretchen Walsh was also 24.83 at that meet. This morning, Minnesota’s Maggie Summit went 25.87 to get under the OT standard, her first instance under 26 seconds.

Macneil, meanwhile, tied the U.S. open record in the 100-yard butterfly earlier in this meet. This morning, she contested the 100 fly in long course to hit a 57.26. For some context, she would’ve won the 2019 U.S. Open title with that swim, and she improves upon her world-leading time this season, a 57.64 from the 2019 Pro Swim Series stop in Greensboro last month. Her best time is a 55.83 from her World Championship title performance this summer.