Luiz Borges Will Not Take 5th Year at Michigan, Moves to VT With Sergio Lopez 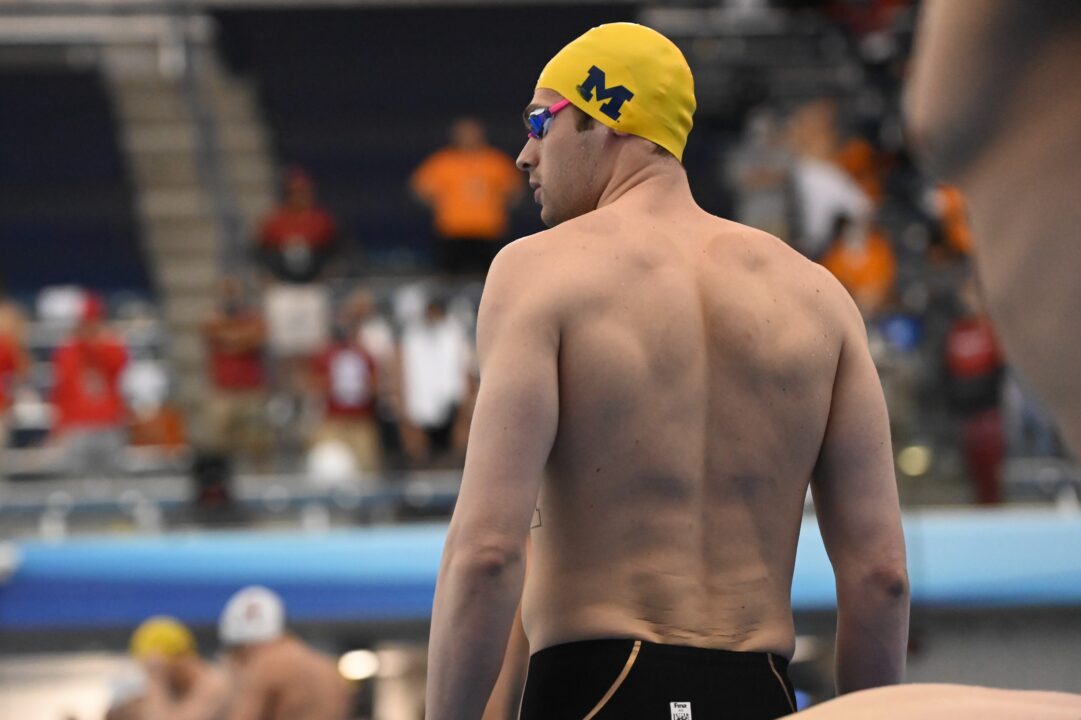 Luis Borges has made the move to Blacksburg, Virginia to train with Sergio Lopez and the Virginia Tech-based pro group Pinnacle Racing. Archive photo via NCAA Photos

Luiz “Gus” Borges has decided not to take advantage of his 5th year of eligibility at the University of Michigan for the upcoming 2021-2022 season. The NCAA has been granting waivers that award all athletes who competed in the 2020-2021 collegiate season an extra year of eligibility due to the COVID-19 pandemic.

Instead, Borges has elected to move to Blacksburg, Virginia to train with Sergio Lopez. Sergio is the head coach of the Virginia Tech Hokies collegiate teams and Pinnacle Racing, the Blacksburg-based professional training group.

Lopez also sent three of his VT athletes to the Games, including Antani Ivanov (Bulgaria), Ian Ho (Hong Kong), and Youssef Ramadan (Egypt). In addition, Lopez was selected as an assistant coach for Singapore at the Tokyo Games, which marks as Lopez’s 4th Olympic coaching assignment.

“The pro team here at VT is great,” Borges said of Lopez’s success. “All coaches are involved in helping, they want to see us succeed as much as the college kids.”As for Sergio (Lopez), his results speak for themselves. He’s a sprint guru like Mike (Bottom). He’s also a great mental coach.”

Borges swam collegiately for the University of Michigan. While at Michigan, he was a three-time Big Ten champion as a part of the Wolverine relays. In addition, he qualified individually for the NCAA Championships in each of his collegiate seasons, which was highlighted with a fifth-place finish in the 50 freestyle (19.02) in 2021.

“I loved training at Michigan, it was the best four years of my life. I grew so much there and I would never trade that experience for anything. Me moving on from Michigan doesn’t have anything to do with me not liking it, I just felt like it would be good to try something new. I learned a lot with Mike (Bottom) and Cauli (Bedran), and I still apply the things they taught me.”

Borges has also had a notable career at the international level. He’s represented Brazil at the 2017 World Championships and the 2019 World University Games. At the 2019 WUGs in Naples, he won a silver medal as a part of Brazils 4×100-meter freestyle relay and placed 5th individually in the 50-meter freestyle.

Luiz Borges most recently competed at the 2021 Jose Finkel Trophy (SCM), which served as the primary selection meet for the 2021 SCM World Championships in Abu Dhabi this December. Borges won the 50-meter freestyle (21.19), which now ranks him as the 4th fastest Brazilian in the event.

Photo courtesy of the University of Michigan

Luiz’s father, Gustavo Borges, also competed for the University of Michigan under Head Coach Jon Urbanchek. While at Michigan, he won 10 individual NCAA titles and led Michigan to an NCAA Team Championship in 1995. Gustavo was a four-time Brazilian Olympian (1992, 1996, 200 and 2004), winning four medals (two silver, two bronze). He was also inducted into the International Swimming Hall of Fame in 2012.

The elder Borges and Lopez both competed at the 1992 Olympic Games in Barcelona. Borges won a silver medal in the 100-meter freestyle, while Lopez placed 4th in the 200-meter breaststroke after winning the bronze medal in 1988.

So is Gus training as part of pinnacle or will he be VT? It sounds like pinnacle but it wasn’t totally clear if he was going to use his last year of eligibility.

And his mother is Spanish!

She was on the national team with Sergio!

Don’t think Michigan has much of a pro group training there anymore anyhow..

More women were pros there than men?

It’s been a minute since the old Club Wolverine Elite squad was truly stacked, but a lot of that was from the Phelps/ PVK/Clary era where they were genuinely stacked with Olympic caliber talent