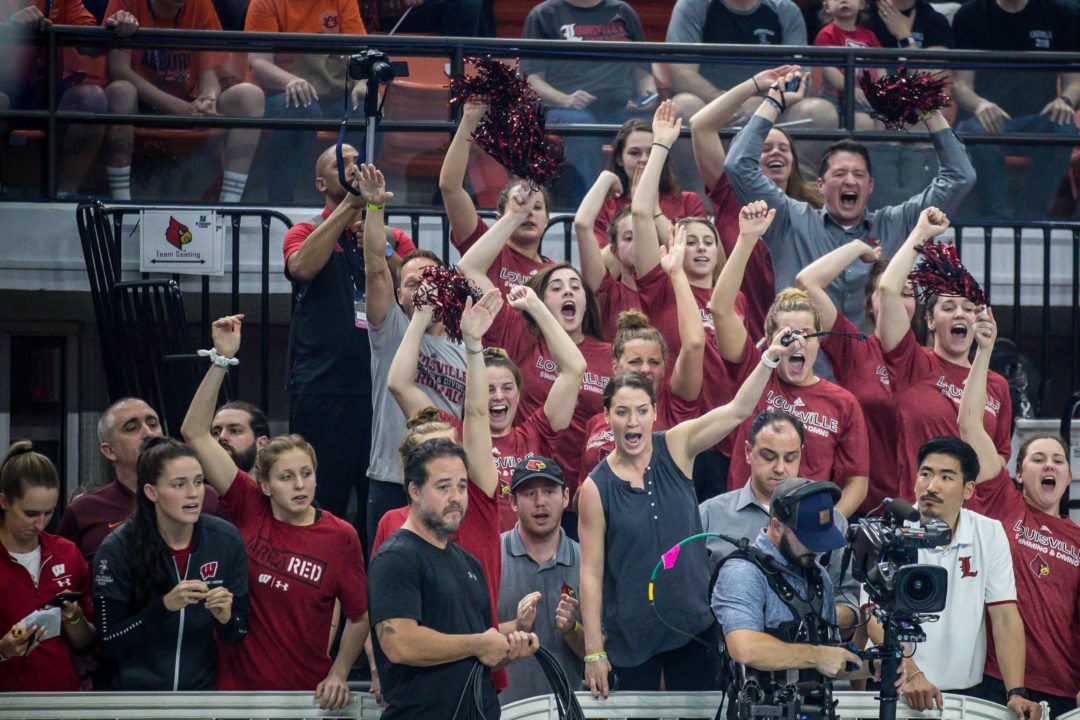 The Louisville women went undefeated in the pool, while Purdue's Trent Pellini rocked a sub-52 breaststroke leg, on the second da of the Purdue Invite. Current photo via Jack Spitser/Spitser Photography

The Louisville Cardinal men and women continued to dominate the Purdue Invite this evening, as the women went undefeated in the pool and the men only lost one relay and one individual event.

Purdue’s Trent Pellini was the sole man to defeat the Cardinals in an individual event, as the breaststroke specialist threw down a time of 51.81, about a half a second ahead of Louisville’s ace Evgenii Somov (52.34). Both those times are faster than anyone had been yet this season coming into this round of invites, and Pellini appears to be the first man to get under the 52-second barrier this fall. That’s his 2nd-fastest time ever, behind only his 51.76 from last season’s Big Ten Championships.

Louisville’s other non-diving loss came in the 200 medley relay. Half of the team in the A-final DQ’d, including Louisville’s ‘A’ team, which appeared to touch first. Pitt’s team officially won in 1:26.51, thanks to Blaise Vera‘s 18.76 anchor leg, but Louisville’s ‘B’ relay was actually faster with a 1:26.12.

On the women’s side, Louisville won every single swimming event (although FIU’s Rachel Foord won the 1m diving event). Here’s a quick rundown of the Cardinal winners: