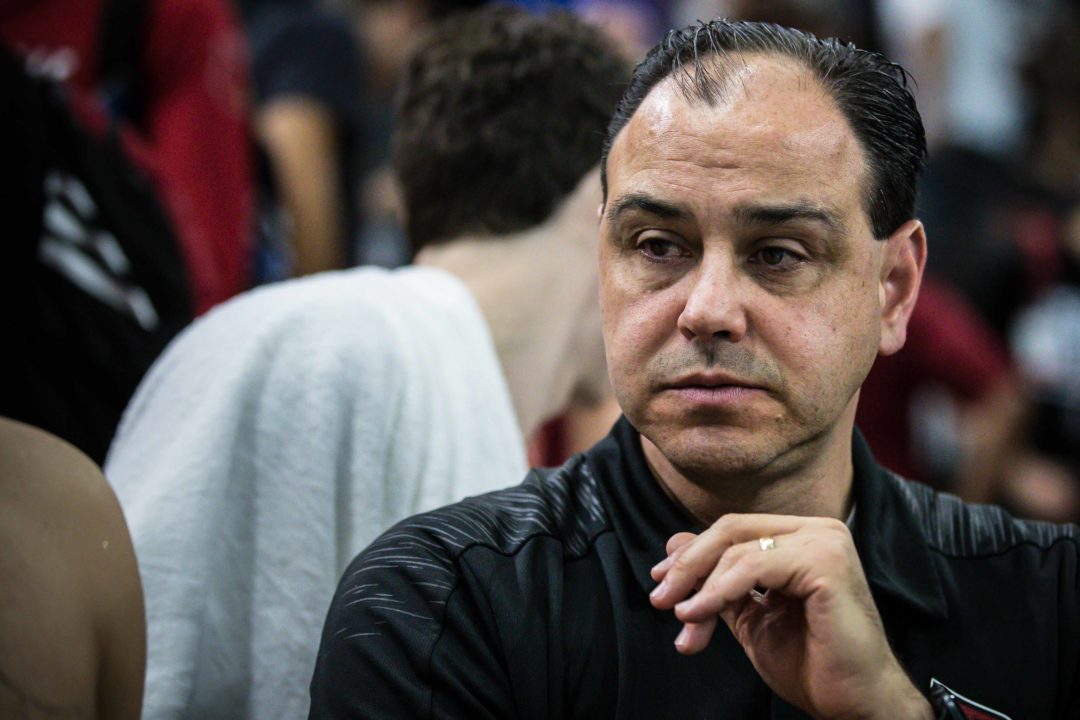 After a history-making year for the Louisville swimming & diving program, Arthur Albiero has received a 25% raise to his base salary. Archive photo via Jack Spitser/Spitser Photography

The University of Louisville Athletic Association Board of Directors approved new contract terms for head swimming coach Arthur Albiero last week. The new contract, which takes effect July 1, 2019, is a 7-year rolling deal that includes a $50,000 raise for Albiero on his base salary. According to public records, his prior base salary was $200,000 per year, which lifts his new annual salary to $250,000.

This is in addition to bonus tied to top 5/10/25 finishes at the NCAA Championships, ACC Championships and Coach of the Year honors, APR excellence among other possible accomplishments.

“Arthur has built an incredible program, taking the program from not-so-great to having consistent success, including coaching the women to a fourth place finish in the NCAA and the men to a fifth place for another great team finish last year. It was another way to look at his contract so that he hopefully will end his career here at Louisville.  We extended it and time-framed it. He and I talked about if a year ago, about how to get it done. This contract lets him know we want for him for the rest of his career.”

Albiero has been the program’s head coach for 17 years and has built Louisville into a national powerhouse. In 2019, they became the first ACC program in history to have both its men’s and women’s teams finish among the top 5 in the team standings. That included a program-best 4th-place finish by the women including 2 NCAA event titles for then-senior Mallory Comerford. For the Louisville women, their 4th-place finish was a 5th-straight top 10 finish at the NCAA Championships, while the Louisville men have been in the top 15 at NCAAs for each of the last 8 seasons.

Albiero’s son Nicolas is a junior on the Louisville team, while his daughter Gabi will be a freshman in the fall of 2020.