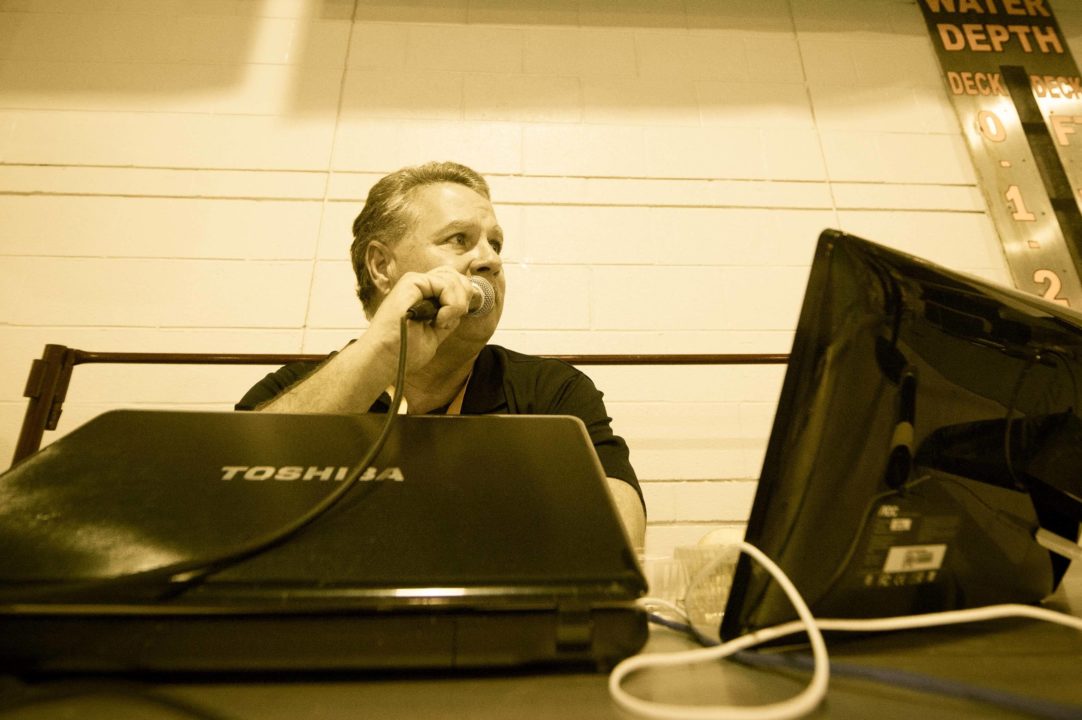 Kendricks was diagnosed with a rare form of skin cancer back in August 2021. He had been the announcer at US Jr and Senior Nationals for the last 2 decades Archive photo via Mike Lewis/Ola Vista Photography

The most recognizable voice in the swimming community in the United States for the last few decades Sam Kendricks has died after a battle with cancer.

Kendricks has been the announcer for USA Swimming’s national and junior national level meets for the last two decades. He is well known for his catchphrase “boomshakalaka” which he would communicate after a big swim.

Kendricks began his announcing career in 1983 when the double dual meet between UCLA, Texas, and Florida needed a last-minute announcer. Kendricks was an undergraduate student at Texas at the time.

Kendricks ended up working under head coach Eddie Reese at Texas as an assistant in the 1980s. Reese spoke of Kendricks’ passing saying, “Sam could make exciting swimming for the record breakers and the ones 100m behind in the mile. He always took care of all of us.”

Kendricks was the announcer for every Big 12 Championship meet since 1994 when the conference went from the Big Eight to the Big 12. Notably, Texas has been in the Big 12 when Kendricks has done the announcing.

In August 2021, Kendricks was diagnosed with Merkel cell carcinoma, a rare form of skin cancer. He went through surgery and radiation treatments. A Facebook page called “BoomshakalakaSam2.0” was created back in January 2022.

Throughout the spring, Kendricks gave occasional updates. In March, Kendricks said he had undergone immunotherapy and had started chemotherapy. Kendricks updated again mid-June saying he has “undergone four rounds of chemo, ten rounds of radiation and three blood transfusions.” He was originally planning on participating in a clinical trial in Seattle this summer, but due to tight admission criteria, he was unable to attend.

Earlier today, an update was given announcing Kendricks has died. The update stated:

“It is with sadness that I let you know our friend Sam Kendricks peacefully passed away today at home in Los Alamos, NM at the age of 59 from Merkel Cell Carcinoma with his loving wife Shay at his side. Sam would have turned 60 on July 31.

I have many stories and memories of Sam over the last 35 years that I will never forget and know many of you have known him for much longer and have many as well. I hope that you will take time to share some of those memories with everyone on this page.

Shay would like to thank all of you for the support you have given to Sam and her over these past months and has requested some privacy during this time. Below is a note from Shay.”

“For what is it to die but to stand naked in the wind and to melt into the sun? And when the earth shall claim your limbs, then shall you truly dance.” ~ Khalil GibranIt breaks my heart to have to share this news. This morning my husband, Sam Kendricks, departed this realm of existence for the next. He did not wish to leave us so soon, but his body grew weary.Sam was lighthearted and fun unless the situation required seriousness. He specifically asked that he not have a traditional funeral.While I don’t have any plans for a service yet, I will be organizing a celebration of life service for later this summer in Los Alamos and again in Austin at the University of Texas in the fall.In lieu of flowers, please consider a donation to the J. Robert Oppenheimer House Fund of the Los Alamos Historical Society: https://losalamoshistory.networkforgood.com/…/107843…. The donations support the work of conserving the Oppenheimer home for future generations. Sam was passionate about the home and the history it holds.”

In May 2022, the College Swimming and Diving Coaches Association of America (CSCAA) awarded Sam Kendricks the Richard E. Steadman Award. The award is given annually to a swimming or diving coach of a high school, club, or college/university team that has “done the most to spread happiness in Coach Steadman’s beloved sport of swimming and diving.”

Sam was an amazing man and mentor to my daughter, Sarah, who grew up in the Los Alamos swimming community. He took time to personally answer questions about D-I college swimming and what to expect from different college programs during her recruiting years. We were lucky to know both Sam and Shay, and hope that healing and blessed memories abound.

A fine man – Sam – he touched many lives, inspired many swimmers and made swim meets fun! Loved you and will miss you Sam!

This just breaks my heart. He was one of the kindest humans on the pool deck. Sam will live on in my heart. ❤️

Rest In Peace. Thank you for your contributions to the sport.

Sam was a great man. I remember him coming up to me at my first NCAA championships to make sure that he got the pronunciation of my last name correctly. God bless and be with his family during this tough time.

What a tremendous loss… A master in his field and loved his vocation. Thanks, Sam, we will miss you dearly…

Sam was truly a great man and this is a very sad day. He made everyone he came into contact feel special and like a million bucks and treated every event he announced like it was the most epic event ever. We should all strive to touch people’s lives like Sam did. RIP and much love to his family and many friends. What a rich life he lived!