Lindenwood-Belleville: What A Program Looks Like One Year After Being Cut 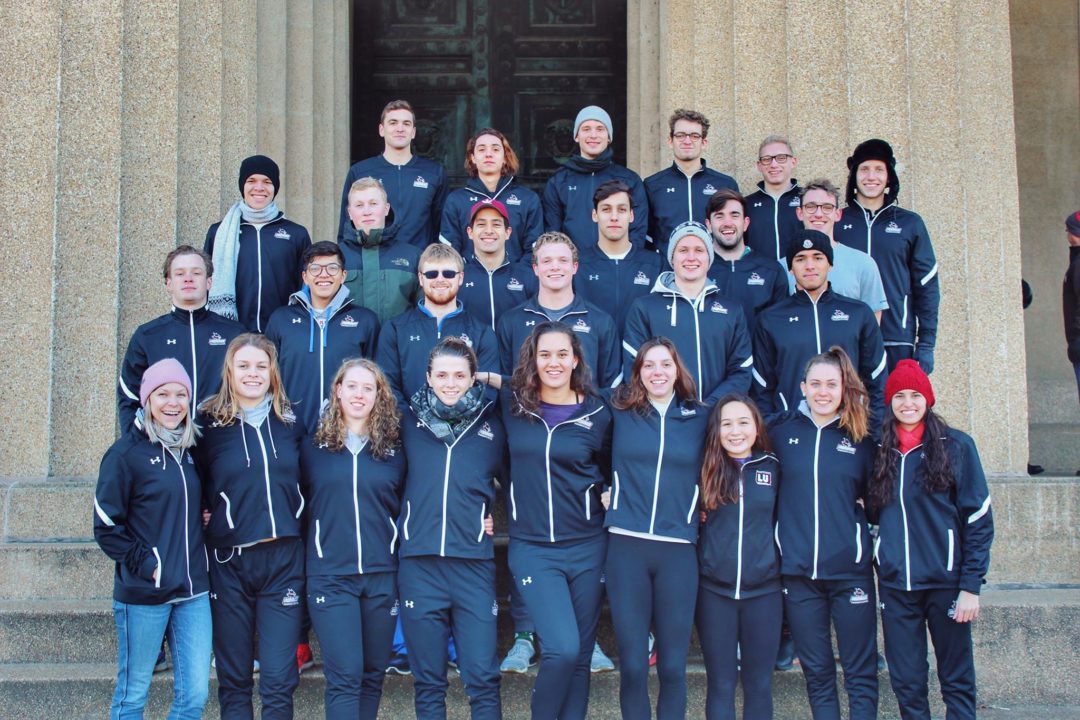 One year after the entire campus shut down, Lindenwood Belleville's swimming & diving team lives on - spread across seven other swim/dive teams. Current photo via Ksenia Gromova

Freestyle and backstroker Virginia Rainer will join Milligan University beginning in fall 2022 as a member of the class of 2026.

Paden Shipp from City of Lafayette Aquatics in Louisiana will join Thomas University on campus this fall as a member of the class of 2025.

Freestyler Josh Beam of Gardnerville, NV has announced his commitment to swim for the NAIA’s Soka University in the fall of 2021.

NAIA’s Keiser University has announced its plans to raise $8 million for a new aquatics center at their Flagship campus in West Palm Beach, FL.

Discontinued swimming & diving programs are a common storyline in the college offseason. But while a program itself may end, what happens to the individual pieces who make up that program – both athletes and coaches?

One year ago this month, Lindenwood University – Belleville shut down its entire campus, consolidating with the main Lindenwood University campus in St. Charles, Missouri. That ended Belleville’s NAIA swimming & diving program, dispersing 29 swimmers and coach Ksenia Gromova across the country to various new programs for the 2019-2020 school year.

In their final season at Belleville, the Lynx men finished 2nd in the Mid-South Conference and 3rd at the NAIA National Championship meet. The women were 4th at Mid-Souths and 9th at NAIAs.

“When I saw the article about the program cut again my heart stopped for a second,” Gromova said. “The team we shaped into by the end of 2018-2019 season had a special bond. It was literally a dream team. Many of them still keep in touch with each other and me.

We connected with Gromova to get an idea where each former Lindenwood – Belleville teammate ended up, and how their 2019-2020 season went.

Five former Belleville swimmers made the jump to Division I of the NCAA with Saint Peter’s University:

Junior Marie Geck of Germany finished 4th in the MAAC in the 1650 free for Saint Peters, and fellow German national Amelie Essmann was 10th in the 200 fly.

2019 NAIA national champion 200 freestyler Ante Dany transferred out to Marist College. As a sophomore, he went .01 faster than his national championship time a year prior, winning the B final of the ECAC Championships in 1:39.84.

Niels Engeln was Belleville’s other NAIA champion in 2019. He won the 1650 free in Belleville’s final season. As a senior this year, Engeln had qualified for the Division II NCAA Championships in the 1650, 1000 and 500 freestyles, and finished 2nd in the 1000 before that meet was canceled due to the coronavirus pandemic.

Alex Wickens scored at the NSISC Championships, taking 16th in the 200 back.

Eric Romero Gomez headed to the College of Saint Rose, winning the Northeast-10 B final of the 100 and 200 backstrokes

Meanwhile head coach Ksenia Gromova got a job with Duquesne at the Division I level. She helped Duquesne’s women take 3rd at the Atlantic-10 Championships

Great article. They seem like a great team so I’m happy to see they found new homes.

Thanks for producing this article. It shows that when a door shuts then another door can open, another life lesson.

It was my pleasure to teach and advise and support the members of the Lindenwood Lynx swim and dive teams during their tenure at LU-Belleville. Not only are they talented individuals in the water, but in the classroom and in life. Super individuals dealt a really terrible hands. Glad they are still swimming and doing well. I wish you much success in all aspects of life and want you to know how proud I am to have had any part in your young lives. Marsha Mamabear