Lilly King: “I’m so excited to have this medal” – Day 6 Flash Quotes 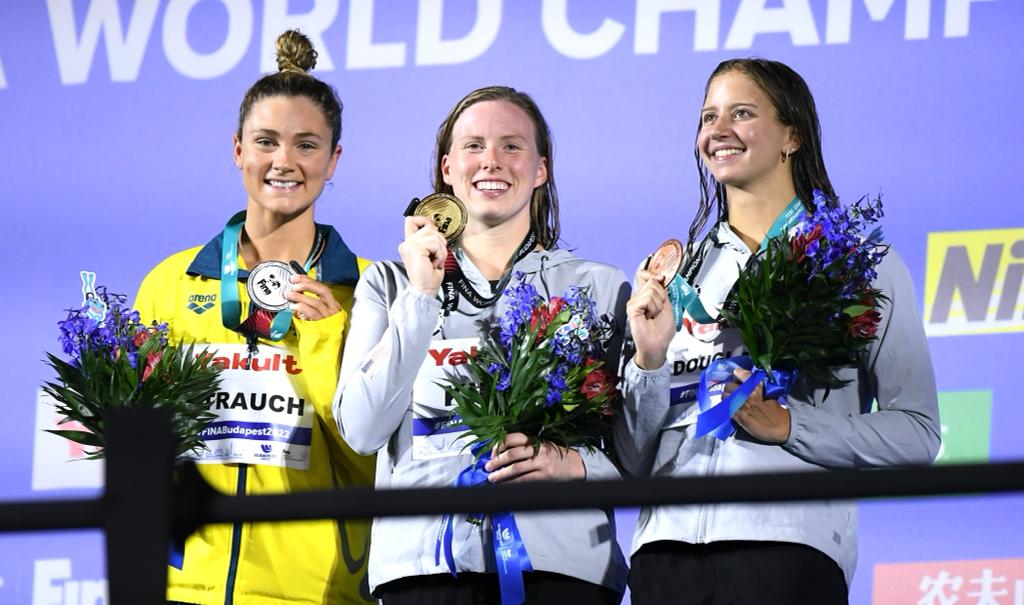 After a tough go of it in the women's 100 breast, American breaststroke star Lilly King managed to bounce back in the women's 200 breast. Current photo via Fabio Cetti

Day 6 of the 2022 World Championships in Budapest featured finals of the women’s 100 free, women’s 200 breast, men’s 200 back, men’s 200 breast, and men’s 4×200 free relay. This post is dedicated to the post-race interviews given by the athletes in each of the finals.

After a tough go of it in the women’s 100 breast, American breaststroke star Lilly King managed to bounce back, winning Gold in the women’s 200 breast in 2:22.41. King was quoted as saying “It’s awesome to win this gold, I’m so excited to have this medal. That was a great race but that was all tactical. I think the one wins the 200m who can control the tactical part and the pace the best.” King was dealing with COVID shortly before leaving the U.S. for training camp a few weeks ago.

American Ryan Murphy won the men’s 200 back in 1:54.52, marking both a great swim and his first individual World title of his career. He acknowledged that a World Champs Gold had eluded him before tonight, telling the reporter “I’ve never won an individual Gold medal so I was really nervous before this swim.” Murphy would go on to say “Swimming is a tough sport, you have to focus extremely hard to reach your goals and I’m just focusing really on my swim.” He concluded his statement by saying “this gives me great motivation for the next two years.”

Speaking on his performance, 200 back Silver medalist Luke Greenbank (GBR) said “I’m more relaxed than yesterday.” He would add that he’s “satisfied with this result and love to be here, it’s my fourth time in Budapest and I’ve never left disappointed so far.”

American Shaine Casas called his Bronze medal performance “bittersweet”. Casas told reporters “Bronze is better than none, I’m on a really competitive team and happy to be a part of the success.”

Australia’s Zac Stubblety-Cook was as heavily favored in the men’s 200 breast as any swimmer at this meet. He would win Gold tonight with a 2:07.07, though he was well off his World Record swim from May. He spoke on that to the media, saying “You know, I started very hard and over the first 50m as I was swimming I told myself ‘Oh no, that’s so hard…’ That was a tough race, obviously because this is the World Championships final but now I feel great.” Stubblety-Cook would go on to say “This year, after the Olympics, is very different, different expectations, different tasks but I’m happy to be here and I’m getting more and more comfortable.”

Australian rising star Mollie O’Callaghan claimed victory in the women’s 100 free, despite reports of dealing with a leg cramp during warmups for the race. ““I was very nervous during the warm-up and was in a little panic as my leg
cramped. Last night I felt really down and was extremely nervous.” She would go on to explain that the nervousness she experienced is why she’s “so happy now with the result.” O’Callaghan concluded by saying “I’m also happy because I could compete with such strong swimmers.”

After winning Gold on the men’s 4×200 free relay, American Drew Kibler told reporters “It’s a really great feeling despite the pain I also feel right now.” Kibler also called these championships “the craziest atmosphere I’ve ever been to.”

She’s a lot tougher with her medical condition than, say, her male captain counterpart.