Li Guangyuan Wraps Up Chinese Summer Nationals With 100 Back Win 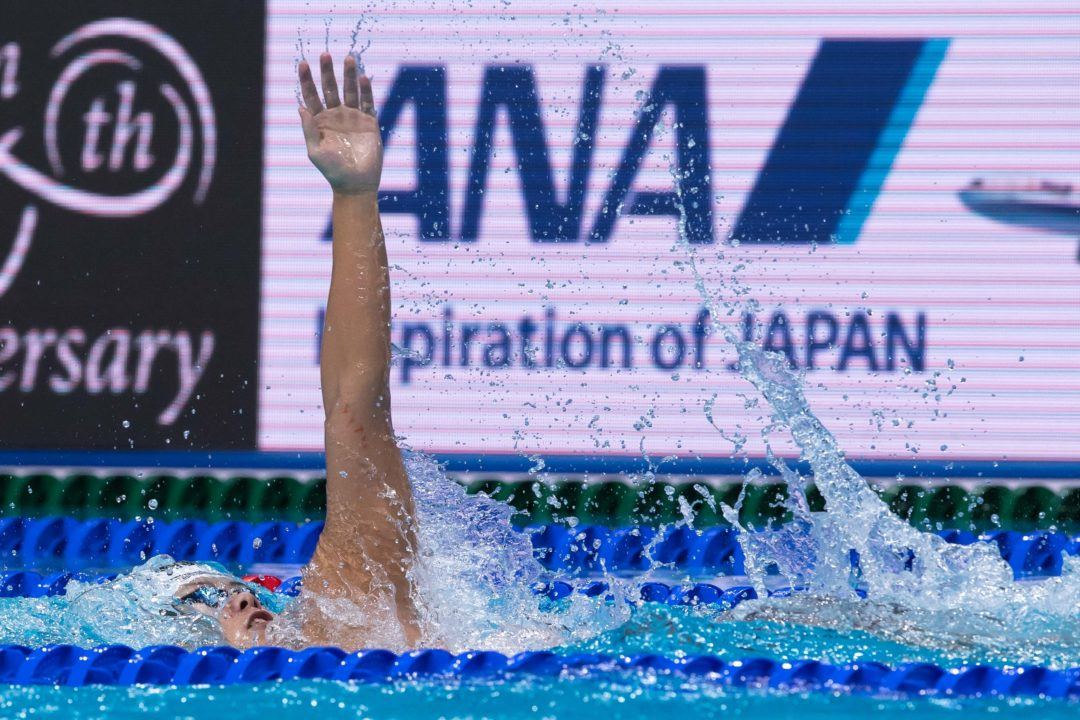 Already qualified for the Chinese World Championship Team, Li Guangyuan took home a victory in the men's 100 back on the final night of competition. Archive photo via Mike Lewis/Ola Vista Photography

*Results only available through Chinese app

The final two days of the 2019 Chinese Summer National Championship featured many athletes doubling up on individual event wins. Last night’s 200 backstroke champion Li Guangyuan also took home the gold in the men’s 100 backstroke final, posting a 54.52 to best the field by over two seconds. Guangyuan is currently ranked 22nd in the world with a 53.99 from the Chinese National meet in March.

Yu Yiting won both the women’s 400 IM on day three and 200 IM on day four in times of 4:41.79 and 2:11.93, respectively. The IM sweep marks the third and fourth individual event wins for the 14-year-old at these national championships, as she won the 50 and 200 breaststrokes earlier on.

Also earning a second individual event win was Li Chao, who stopped the clock at 2:15.31 in the men’s 200 breaststroke to top the podium on day three. Chao won the 400 IM on night two, and placed third in the 200 IM on the final night.