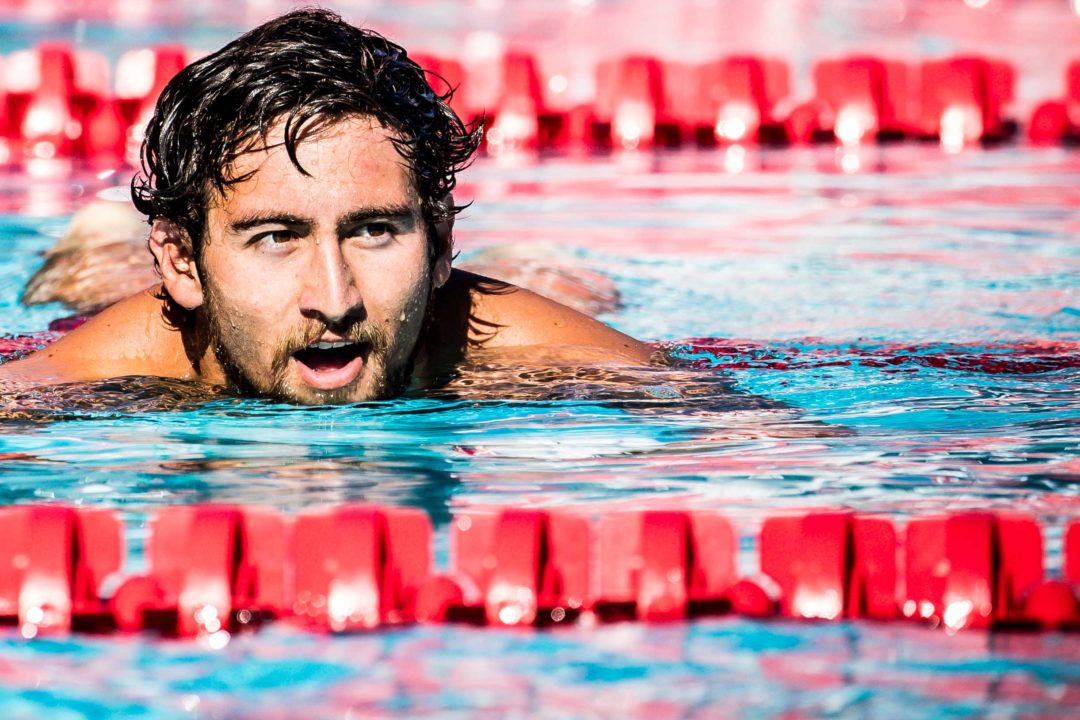 We're back with swimming's TopTenTweets of the week! Current photo via Jack Spitser/Spitser Photography

Couples who dive together 😍 video: @ellietsmart

Is it juggling, is it lap swimming?! “Swuggling” is now a thing at Colman Pool! pic.twitter.com/LubsBm2qdi

Impressive coordination from anyone with any inclination to swim.

This video was really *THE* thing for a few months there.

And they say swimmers can’t run.

Breaststrokers are the real MVP.

Our top six tweets of the week pertain to U.S. National Team-er Justin Wright‘s reaction following his 200 fly at the 2019 Pro Swim Series stop in Clovis last weekend, in which he took second (1:58.62) to Gianluca Urlando, who broke Michael Phelps‘ 17-18 200 fly National Age Group record in a stunning 1:53.84.

Wright captured his (presumed) reaction to seeing Urlando’s time in GIF form, so as promised (see below), we’ve rounded up the best captions.

Willing to dedicate the entirety of Sunday's TopTenTweets to this if swim fans come up big ⬇️ https://t.co/ol1PIW2oTz

When you can’t tell if coach is proud of you or really mad https://t.co/pRxfCf0XRm

I should of worn goggles as a kid. #deckpasslive

Gotta love a coach who doesn’t cross their sevens…

Luca is still new at this.

me to myself when the consequences of my own actions start rolling in https://t.co/uCxisOS31o

J Wright is a champ for reading swimswam comments

I’m a chump that votes